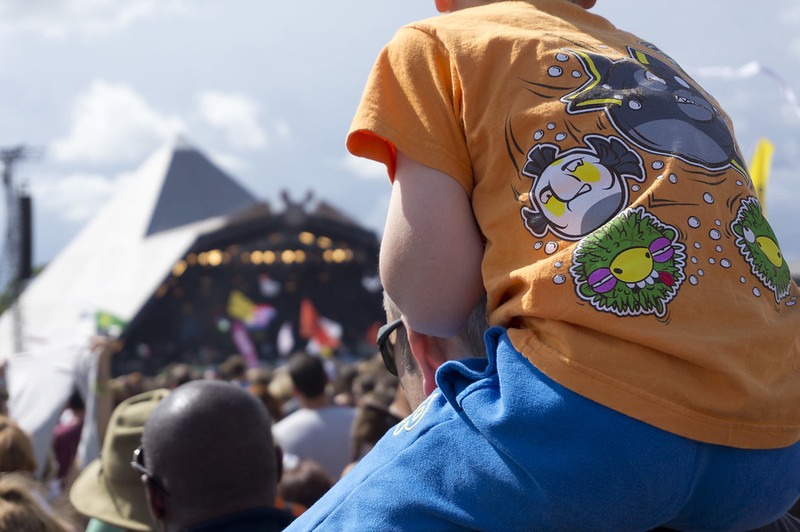 Glastonbury: the woman behind the UK’s greatest music festival

Glastonbury Festival is the largest existing festival in the United Kingdom, yearly drawing in around 200,000 music lovers for a weekend of laughs, mud, and unforgettable live music. Co-founded by the legen-dairy farmer Michael Eavis and his wife Jean, the pair ran the festival together until 1999, when Jean sadly passed away. To this date, Michael runs the festival with his daughter Emily.

However, thanks to Coronavirus, all live music events due to take place in 2020 have been cancelled or postponed, leaving music lovers feeling thoroughly neglected. But, fear not – some of the UK’s best festivals have put together highlights, live sets and even recorded-at-home performances from some of the most desired artists that England has seen over the decades.

Annually, Glastonbury festival is livestreamed so those who weren’t fortunate enough to gain a precious ticket can still enjoy the music. This weekend (June 25th- 28th), Glastonbury and BBC iPlayer have teamed up to display some of their most famous sets since recording began, giving all festival-goers a chance to get a taste of the action – from a social distance, of course.

From Janelle Monàe, Beyoncé, and Billie Eilish to Jay Z, The 1975, Adele and Oasis, hundreds of legendary live acts have been added to the iPlayer to relive the festival and to try and keep spirits high in such trying times.

Glastonbury’s past lineups have been consistently “male-heavy”

Micheal and Emily Eavis have done an incredible job of securing lineups through the years: not only do they always provide the public with incredible variation and some of the biggest names worldwide, but they also use their voices for good.

This year, Micheal and Emily Eavis strived for a more balanced gender lineup, since Emily became conscious that Glastonbury had previously been unconsciously revolving around men. After the Reading and Leeds lineup for 2020 was released, including a blatantly male-dominated lineup, Emily Eavis was among some of the famous women to speak up in protest.

Speaking to Radio 1 Newsbeat, she ensured listeners that the organisers would be more committed to fair gender representation this year: “Our future has to be 50/50,” she declared.

“It’s a challenge. Everyone’s finding it hard – but the acts are there,” she says, acknowledging that Glastonbury’s past lineups have been consistently “male-heavy”.

As there have only been three female acts ever to play the Reading and Leeds main stage – which in itself is a ridiculous statement considering the sheer amount of incredible female artists – Emily Eavis spoke out in an interview with the BBC. Although she recognised that Glastonbury Festival had not yet achieved a 50/50 gender lineup, they would be striving for equality going forward.

For Glastonbury 2020, Taylor Swift, Diana Ross, Kendrick Lamar and Paul McCartney were due to headline: they finally achieved a 50/50 headline lineup, a rarity in the festival community.

The gender imbalance in the music industry is something still prevalent today, with many female artists being over-sexualised or torn down for owning their femininity. As progressive landowners and festival founders, the Eavis’ do an incredible job of making their festival an inclusive atmosphere, which is one of the main reasons why their festival is the most popular in the UK, along with the consistent high quality of their artists.

In addition to their gender progressiveness, they’ve also shown an effort to promote solidarity with the Black Lives Matter movement. Glastonbury closed their offices and participated in the music industry’s #blackouttuesday, in a retweet posted by Emily Eavis on June 1st that read:

‘Due to recent events, please join us as we take an urgent step of action to promote accountability and change.

As gatekeepers of the culture, it’s our responsibility to not only come together to celebrate the wins, but also hold each other up during a loss.

Join us on Tuesday June 2nd as a day to disconnect from work and reconnect with our community.’

In the society that we currently live in, it is important that ‘gatekeepers of the culture’ are standing up for what they believe in, and allowing their colossal following to partake in their moral alignment.

However, through their statement and their unique strive for gender equality in their lineup, Glastonbury is arguably still the most political mainstream music festival in the UK, setting them leagues apart from their upcoming competitors. This explains why Glastonbury Festival remains one of the UK’s biggest festival attractions, pairing both political influence and liberal ideologies with incredible music and sense of community.