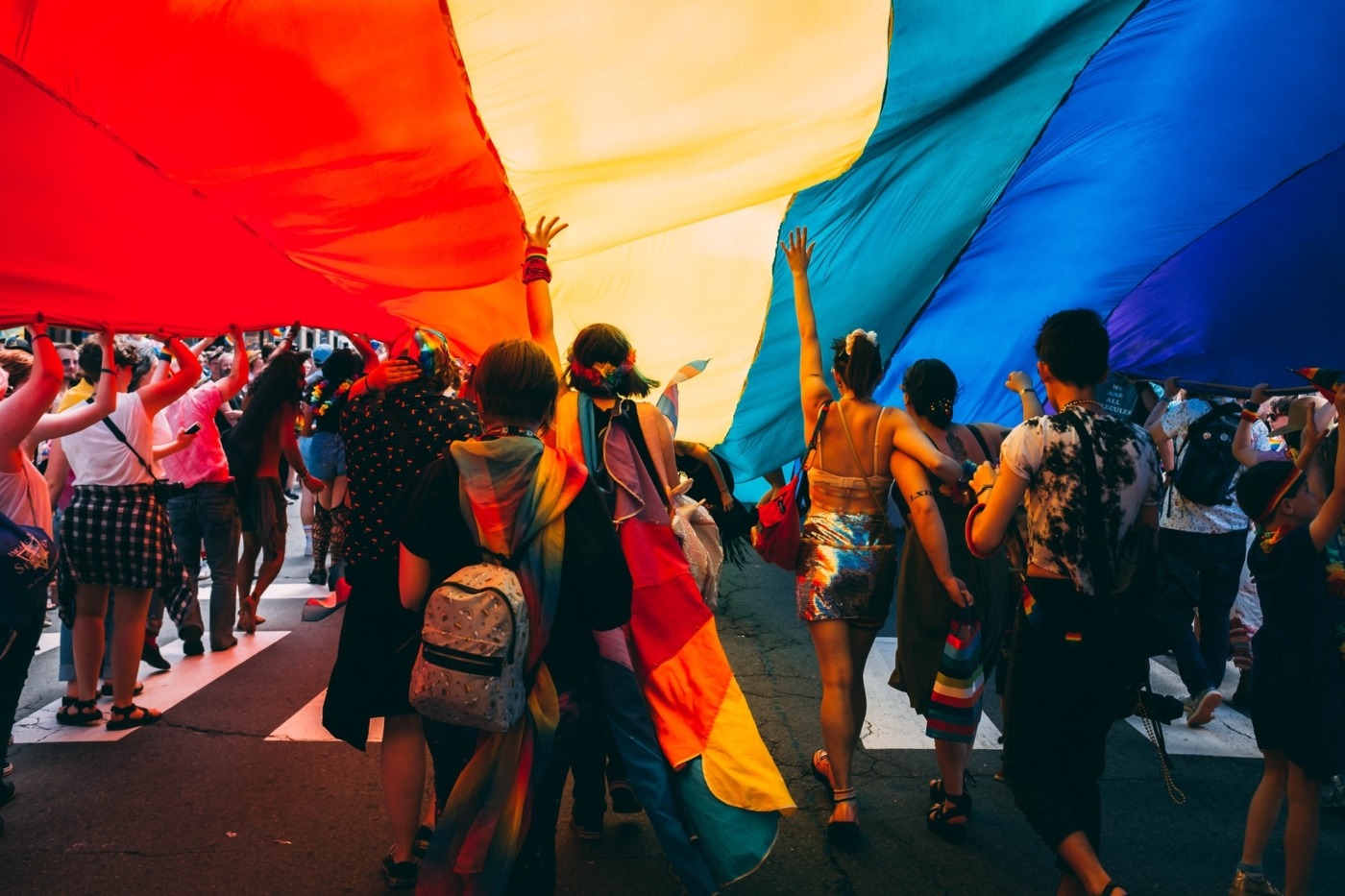 The discussion around intersectionality and social justice in regards to climate change is often focussed, and rightly so, on the ways in which marginalised communities are at a greater risk than the rest of the public. Increasingly, we learn how climate is a gender issue, a class issue, and a race issue, among many others. However, the contribution of these marginalised communities in the fight against climate change is underrepresented in the mainstream media. Be it the activism of the activists of colour,  indigenous people, or members of the LGBTQ+ community.

The LGBTQ+ community has had a huge positive impact on climate activism. The very foundations of Pride are based on equality and acceptance, and nature plays a key role in these values. The green in the Pride flag represents nature. The meaning of green is that being LGBTQ+ is not unnatural but nature’s design, as everything else. OUT For Sustainability, or OUT4S, is a leading US non-profit organisation dedicated to bringing together queer identity with the values of sustainability. Their mission is to reimagine the environment by mobilising the LGBTQ+ community.

The bridging of LGBTQ+ Pride activism and climate action is not new for the movement. In the 1970s, Harvey Milk became the first openly gay elected official in the state of California, who championed community activism on a wide range of topics such as human rights, an end to bigotry and environmental causes.

Another organisation which takes a holistic view when considering the issues faced by the LGBTQ+ community is No Justice No Pride. Based in the District of Columbia, NJNP works on the principle of supporting people and communities who face multiple intersectional forms of oppression for the liberation of all. In their activism, they have rightly found a place for environmental activism and have joined forces to call for climate action. In 2017, Anthony Torres and other activists with No Justice No Pride disrupted the Capital Pride Parade to speak up against the deeply problematic corporate sponsors of the event. One of the issues raised with the annual LGBT Pride festival in Washington DC was the involvement of banks and corporations like Wells Fargo which “desecrate Native land”, profiting from oil pipelines and war. Beyond the single disruption, projects like Dakota Access and Bayou Bridge pipelines have been ardently and heroically fought against by two-spirit and queer indigenous leaders across the country.

Closer to home, Pride In London declared a climate emergency in June 2019 and signed the OneLess pledge encouraging London to go single-use plastic-free along with working with the refill app team at City to Sea to enable volunteers and participants to refill water.

Pride in London is the UK’s biggest and most diverse pride event, which has also recently announced new commitments to improving the environmental sustainability of their events. This includes the use of Ecoglitter by all make-up artists and for sale at Pride in London merchandise stalls, as well as prohibiting flyers, stickers or release balloons along the route to minimise waste on roads. Pride in London have introduced hydration cubes along the footpath for the public to use rather than purchasing water bottles. They also issue refillable bottles to their volunteers on the day, and where necessary, provide aluminium cans for their volunteers, rather than plastic bottles. In this way, Pride in London is paving the way forward for how to have a more environmentally friendly day of celebrating love and liberty.

Earlier this year, Pride in London outlined their strategic priorities for 2020 and one of the many bold ones is to review “criteria for participation in the Parade, in particular, to explore ways to hold businesses accountable to not just their support for the LGBT+ community when they take part in Pride, but also their impact on the planet year-round.” It is inspiring to see change coming from within the community to speak up for everyone, and standing up for the marginalised communities. Pride in London not only illustrates how we can have environmentally friendly pride parades, but sets high standards for other forms of marches, and shows that it can be done and that it ought to be done.

Finally, I’ll leave you with a quote on the OUT4S website. “Intersectionality is key to our philosophy and perspective on sustainability, where the facets of who we are viewed as an interconnected paradigm of identity, society, and environment.”

How ‘green’ is the University of Warwick’s environmental policy?