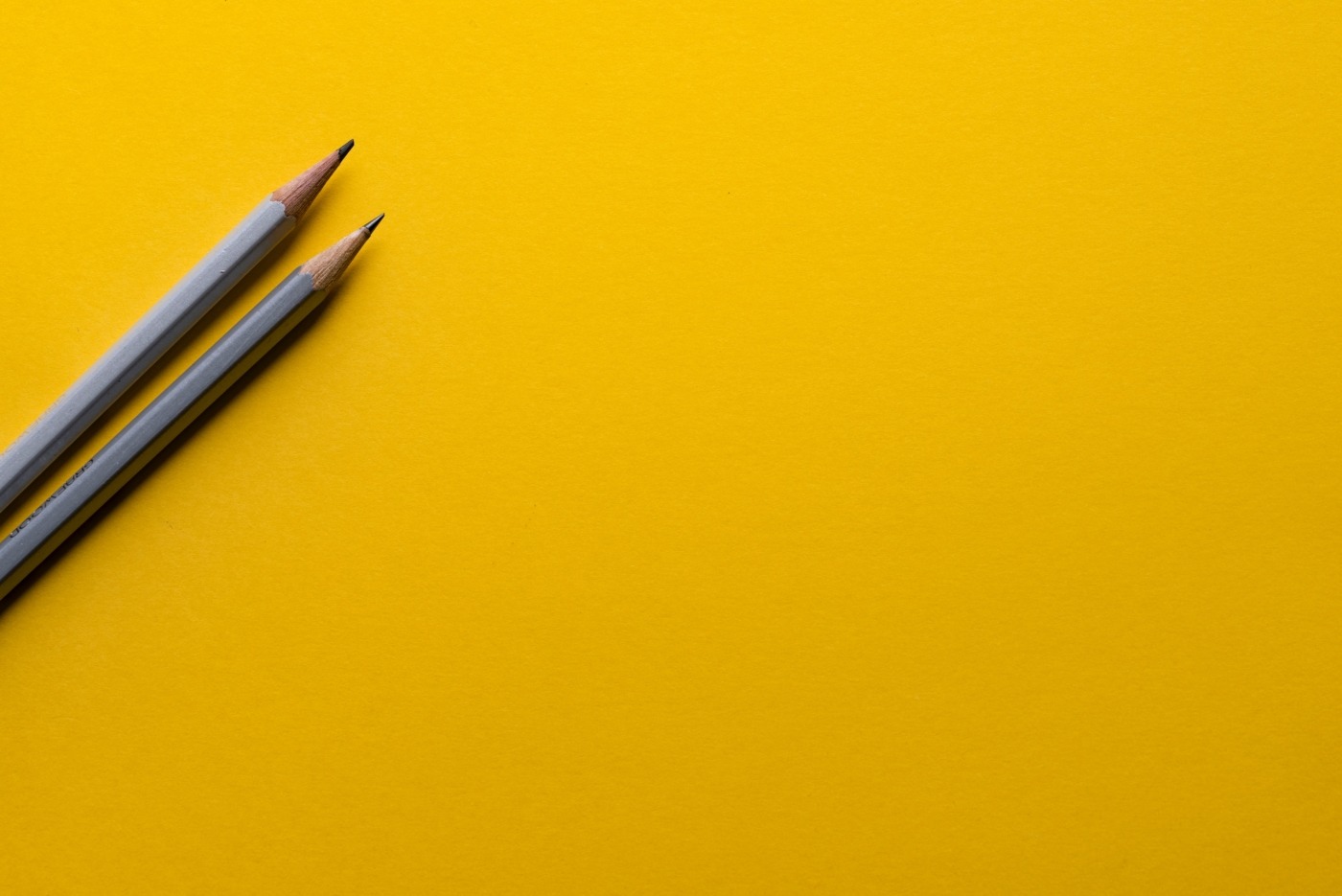 For a multimedia version of this story, click here.

Philosophy can seem dull and inaccessible at the best of times. However, it is a subject that answers key questions over how we should live. From my perspective, the most interesting aspect is the attitudes towards human nature. Are we naturally good or evil? Do humans really control their own lives? To the latter question, my answer had always been a resounding yes. One of my defining beliefs was the opposition of determinism, which is the notion everything in the world is decided and humans can’t shape their own futures.

But then came lockdown. The coronavirus pandemic has transformed my belief that humans have the agency to decide their path in life. On a structural level, governments globally have enforced more invasive and authoritarian powers than ever before, restricting individual freedom of movement and association. Despite being unable to see family members, it is surprising how conformist individuals have been towards following the government’s command.

Similarly, within the capitalist system, success is defined by businesses and wealth. Many entrepreneurs will have started up businesses in a desperation for success. Of course, businesses will fail every year, regardless of lockdown. But it is the notion businesses and livelihoods will fail through no fault of their own. That sense of control individuals thought existed when shaping their business has gone; whatever support the government provides, it won’t help everyone.

I have, however, been most worried in lockdown by family and friends who I cannot help. However much individuals isolate and adhere to guidelines, it only takes one supermarket trip, a two metre guideline breached, for the virus to spread. Anyone we love can be easily infected. Humans have no control over this. Coronavirus has robbed us of precious freedoms we’ve taken for granted. It has now robbed over 200,000 people of their lives.

The way my Warwick experience is structured, it was easy to not even notice the lockdown had started. I’m a PhD student, and that means that much of my time is independent study anyway. The only real contact I have is an hourly, termly meeting with my supervisors, and that’s easily done over internet too. But, without other distractions, the lockdown has really given me the opportunity to knuckle down and focus even more. As a result, I’m being more productive than ever.

Lockdown life has helped me work better than ever before

There’s a lot of day to fill during lockdown, and that means that I’m getting through more stuff than I could ever have anticipated. My normal approach is to fill my diary with a list of everything I want to get done in a particular day. There’s the usual stuff, like practicing Spanish on Duolingo and writing another 500 words or so of the PhD, but now I’ve the time for so much more. I’ve done housework I’ve had on the backburner for months, I’ve started a new book and have been able to take a musical job turned down earlier this year because of time restraints. I’m writing a Boar article every day, and I’ve an exec role again. Outside of work, I go for two long walks and exercise more than before.

I appreciate that this isn’t everyone’s experience, and I really feel for everyone who’s struggling. But, from a personal experience, it’s hard to ignore that lockdown life has helped me work better than ever before. I don’t want this to go on forever, but long enough to cement these new habits would be incredible.

George Campkin comments on the difficulties of online learning.

Zoom has proved to be an interesting adjustment. More than once I’ve opened the door to a room and found myself confronted with the face of an old school teacher, courtesy of my younger brother’s computer screen. It also means putting up with listening to odd one-sided conversations with clients and material science supervisors, thanks to earphones shielding whoever’s on the other side of the line of my other siblings’ calls. Occasionally you think they’re directing a question to you and are met with a scowl when you naively answer it.

I left the call deflated, disillusioned and wondering what on earth I had just spent the last hour doing

The one and only lecture I’ve had on Microsoft Teams (Zoom’s lesser-known cousin) was highly unsuccessful, which I’m sure makes it a relatable example. After joining the call shortly after the time we’d been given, ready to make my excuses for being late, I was presented with a faceless swarm of boxes, none of which were labelled with the name of the lecturer. After five or ten minutes, he appeared and made his excuses. Cracking on with the lecture, it soon became apparent I wasn’t the only one who couldn’t hear much more than a stream of disjointed syllables.

People jumped to alert our lecturer to the problem by turning on their microphones and explaining what had gone wrong. Only issue with this was that their explanations were muffled by a screech that made me jump out of my seat. I think the technical term is ‘feedback’, but it sounded more like a cat yowling in distaste to me. After fifty-or-so minutes of jumpy video and lagging audio, with my lecturer periodically disappearing and reappearing thanks to the wonders of modern WiFi, I left the call deflated, disillusioned and wondering what on earth I had just spent the last hour doing.

Fatima Patel argues the slower pace has offered the chance for self-improvement.

I’ve never been good at doing nothing. Ask me to do something mundane like cooking or enjoy some screen time and it will drive me crazy. I like to wake up early and go about my day, often with a long list of things to do and places to go. On an ordinary day, not being productive would drive me crazy and make me feel that I hadn’t worked hard enough. The lockdown forced me to enjoy a slower pace, making the time to learn new skills and try more hobbies, as well as giving me a chance to take greater time when completing my assignments.

The lockdown forced me to enjoy a slower pace, making the time to learn new skills and try more hobbies

I decided to set myself a few tasks in order to enjoy the time I had where I wasn’t expected to do anything. I had set myself the target of reading 50 books in a year, but I passed 30 in week 2 so I extended this. I also decided to learn how to code by signing up to the “Code First Girls” course, which was an investment in my future career and allowed me to connect with bright and talented women across the country. Perhaps the most rewarding skill I am developing is to learn Arabic through online classes and practicing with my friend from the UAE. Rekindling old friendships made me realise that, while I am trapped indoors, globalisation and technology have made ambitions limitless and that I can be productive from the comfort of my standing desk (standing being the only exercise I am getting).

As my food cravings grew, I tried making new dishes and learning about the hundreds of spices in my mother’s cupboards. At first, I was chased out of the kitchen by my mother and scorned by my brother (who is 17 and known for cooking weird meats to perfection) but I persevered and was eventually allowed to make a four-course meal for my fussy family. To me, my strict Indian mother allowing me to use her kitchen, unaccompanied, was a greater achievement than learning a new language or coding.

Of course, none of this would be possible without my hourly flat whites so I wisely invested in a good coffee machine to keep me going!

George Maxwell comments on how lockdown has, in some ways, enriched his year abroad.

We overuse the term self-improvement. Yet, I have kept this intangible in mind since the start of lockdown. From contributing to the voice of student journalism on campus to perfecting my second spoken language, being stuck inside, although bizarre, has been an undeniable opportunity for me. I am privileged to remain in France after the abrupt end of my year abroad in Lyon in the company of an endlessly generous family, living in a stable and comfortable home. For example, I cannot imagine lockdown without accessible green space. I know this time is a living hell for some.

I am fortunate and this reality served to sharpen my focus on making this a productive period. I had only myself to blame if it was not. I thus have been motivated to make this a time of development, not regression. My year abroad was typical in that I made friends, almost exclusively, with other exchange students. The dream of drinking wine in a central Lyonnaise apartment with my French roommates overlooking the Rhone never materialised. As a result, my language improved, but not to the extent I had hoped when I left Gatwick, French dictionary in hand, back in August. Lockdown has forced me to confront this challenge.

Of course, I miss being at home. But speaking a second language has been a lifelong goal of mine. Immersed in a family, I’m practicing each day and restricting myself only to watching Netflix in French, forcing me to improve. Lockdown will remain in my memory as a weird time. However, for me, it will forever be associated with a list of acquired skills, the most significant being my ability to communicate in a language other than English.

Gallery image with caption: Covid-19: Are we using terminology correctly and does it matter?