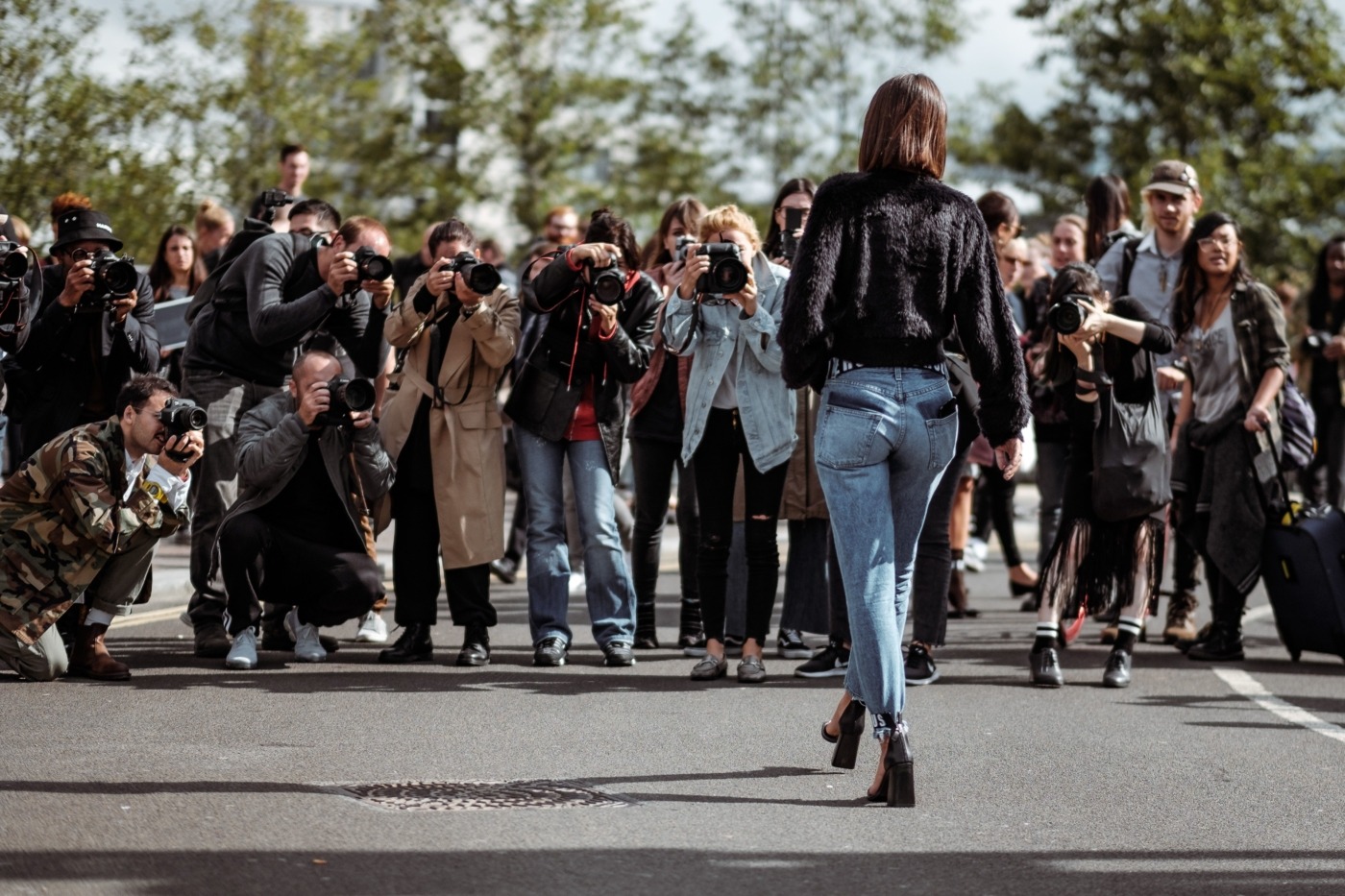 With social media expanding so rapidly in such a short amount of time, so too has the construct of the celebrity. Sites such as Snapchat and Twitter allow constant access into the lives of those deemed famous. Yet our means of consuming figures who continuously reside under the spotlight has resulted in a society obsessed with them, their opinions and their way of life.

The cult of the celebrity is defined as the tendency of young people to idolise and imitate the actions of the famous. This is typically ascribed to actors, musicians and reality stars who all fit the bill in influencing the outlook of those around them, both positively and negatively with regards to the audience they undoubtedly inspire. Nowadays, it feels like an impossible task to escape the culture which surrounds celebrities. They are on our phones and laptops, they are promoting quirky products in advertisements, they are giving speeches at this and that event; it seems we cannot go far without falling into the celebrity trap. And it appears that the idea of what a celebrity is has widened also. Shows such as Love Island and Big Brother have catapulted people into fame for little more than being beautiful, with a sprinkling of good humour or controversy. The tabloids appear to lap it up, documenting their every move as we fall further into an unrealistic realm of new-found wealth and indulgence.

Despite its growth in recent years, Theology graduate and blogger for the Huffington Post Rae Duke has pointed out that the cult of the celebrity is not a completely new phenomenon: “This projection and creation of deified men and women is not a product of the 21st century… You can go as far back as Medieval England and you’ll find this same process occurring. ‘The Cult of Saints and Relics’ … In my mind however, this lofty theological terminology translates in 2014 speak to ‘the love of celebs and their stuff’.”

There have always been certain influencers who have given structure to our lives.  Yet in our contemporary age, the far-reaching impact of celebrities can be seen with just a click of a mouse or a Google search. Prime examples would include the Kardashians who, since 2007, have gained immense popularity following their E! reality television series, Keeping Up with the Kardashians. Their daily lives are not only documented through the show itself, but their media platforms on Instagram, Snapchat and Twitter. This has allowed them to continually sustain their popularity in the public eye as they showcase their wealthy lifestyles to their impressionable younger viewers. From this show, various celebrities have been born, including that of model Kendall Jenner and her entrepreneurial sister Kylie Jenner – founder and owner of the popular cosmetic company, Kylie Cosmetics.

Previously people were only considered famous for their ‘acts of heroism, bravery and extreme creativity’

This year, Kylie made history after becoming the youngest self-made billionaire ever. At only the age of 21, she achieved this feat two years earlier than Facebook CEO, Mark Zuckerberg, at 23. Regardless of the lavish lifestyles the Kardashian-Jenner clan live or, as critics happily point out, the so-called ‘silver spoon’ Kylie has been blessed with, her remarkable milestones will undoubtedly shape her as a role model to younger generations.

Success such as this contrasts with views held by those including Dr Angie Hobbs, who explains that previously people were only considered famous for their “acts of heroism, bravery and extreme creativity”. Referring to Plato and his psychological-based way of thinking, Hobbs has said that Plato’s theory of a tripartite psyche helped order ‘worthiness’. It is as follows:

She later questions the current “fame for fame’s sake” ideology, and whether this desire is down to the individual or society as a whole.

In the future everybody will be world famous for 15 minutes

Recently, websites such as Vice have questioned why our love for celebrities has become so obsessive. They acknowledge that the cult of celebrity is by no means a post-Warholian term (having referred to the famous Andy Warhol quote: “In the future, everybody will be world famous for 15 minutes”) but that its foundations can be traced back to the Stone Age. In a 2017 post by Greg French, French stated that: “Even in early society there were those who, be it for looks, possessions, skills or sexual ability, were idolised by the wider pack, scrawled onto the walls in cave paintings; projections of supposed perfect ways of being, placed on idyllic pedestals for all to love and adore.” It does seem strange that the mainstream media also thrives on promoting the possessions, worth and controversy of famous people more so than the promotion of global issues, including environmental crises and the need for humanitarian aid.

In 2010, Russell Brand made his opinions on celebrity culture clear during an interview with Jeremy Paxman. Filled with what can only be considered Brand’s usual outspoken antics, he declared that fame is now accessible to everyone and anyone. As a result, everyone therefore craves it for themselves, as well as being fixated on those who are already in possession of it. And with 11.7 million people trawling through the celebrity pages of the Mail Online every day, it is plausible to say he very much has a point.

There is also widespread truth that celebrity culture can promote and create positive opportunities for viewers and fans. In August 2018, popular grime artist Stormzy announced that he would be funding scholarships for two black students to attend the prestigious University of Cambridge both in 2018 and 2019, believing that it is pivotal for black students to have such opportunities. He stated: “We’re going to have young black students who are academically brilliant and smashing it, and they should just have that opportunity to walk into a university like Cambridge.” This stemmed from the University having previously asked for help from schools and parents to increase the number of black British students enrolling, and faced previous criticism for having not admitted many pupils from Black, Asian and minority ethnic (BAME) backgrounds.

Moreover, it is true that such cultures have allowed our society to reshape the way in which we connect with others politically. In an article recently published by the BBC, Harvey Day has questioned whether we are entering the age of the Instagram politician, believing women, such as Alexandria Ocasio-Cortez, are revamping how elected officials connect with online voters by becoming more humanised and ‘down to earth’.

Of course, some good does come out of this culture, when celebrities use their platform to fight for the rights we feel the state owes us, through charity work and a genuine ability to make a difference for the lives of those disadvantaged. A notable example of this would be that of Oprah Winfrey, one of the most prominent personalities in television. Winfrey has donated more than $40 million through her foundation, helping women and children with both education and health care around the world.