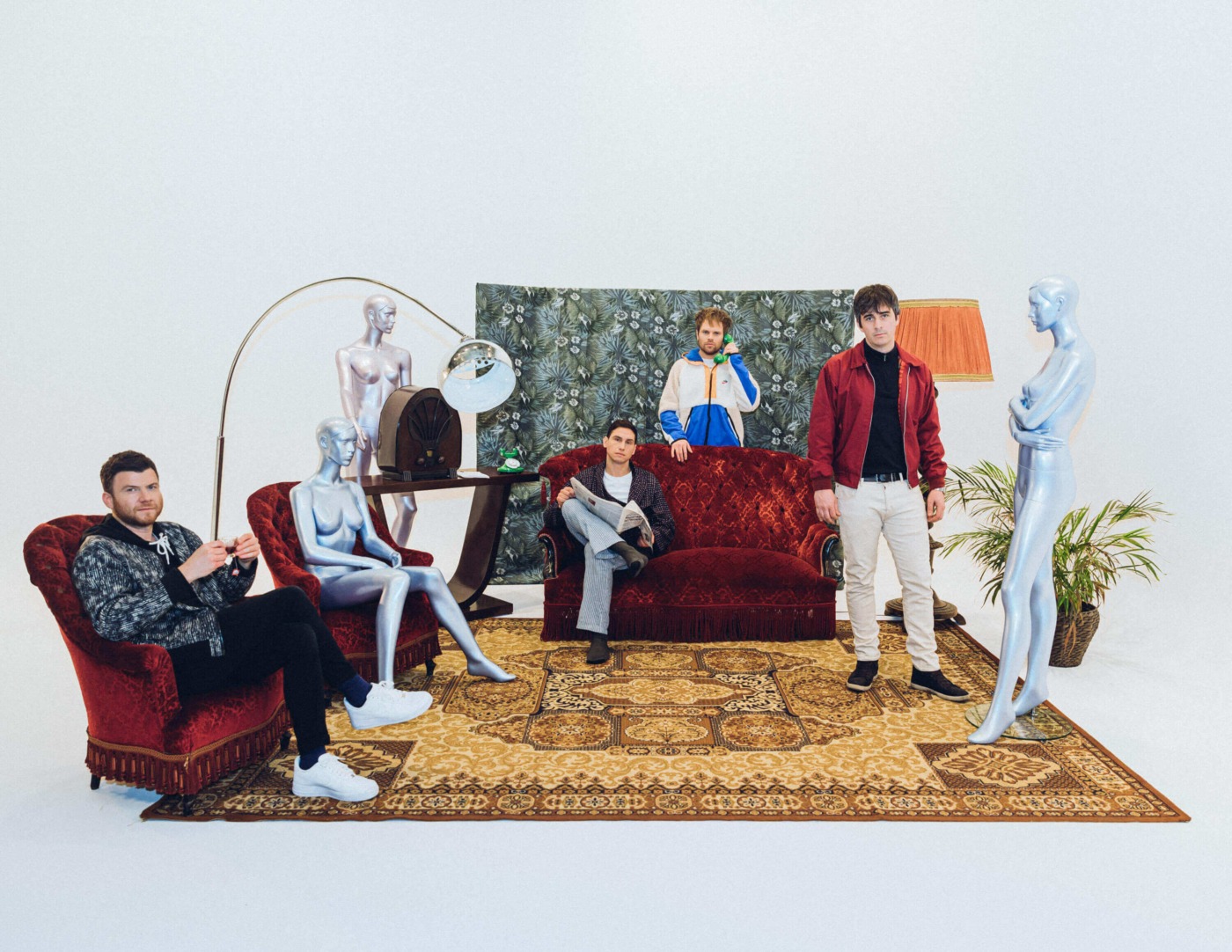 ‘Is this a new beginning? Or are we close to the end?’ Rou Reynolds sings in the opening lines of ‘THE GREAT UNKNOWN’. The unsettling lyrics set a precedent for the rest of the record, an experimental, violent and exhilarating billet-doux to a nation held together by the skin of its teeth. Nothing Is True and Everything Is Possible is St Alban rockers Enter Shikari at their most free, and with that, in their best form.

Emerging into the charts of a nation plagued (literally) with social divisions, Brexit bickering and now a worldwide pandemic, you won’t be blamed for believing the band moonlighted as psychics when they aren’t making music. The parallels are scary. The record’s themes of catastrophe and fantasy are uncomfortably relevant, and frontman Rou Reynolds impassioned vocals offer an outlet that screaming into your pillow just can’t satisfy.

Listening to Nothing Is True is kind of like waking up from a fever dream – hot sweats and muddled delirium. ‘Waltzing off the Face of the Earth Part I’ fits the bill perfectly: an eerie circus tune backs pertinent, tongue-in-cheek lyrics like ‘climate change is fake’ and ‘our future’s been denied’, with an epic drive that quickly becomes the album’s signature. ‘thē kĭñg’ packs similar power, fervid vengeance with its riotous drum production and Rou’s rapid vocals.

Enter Shikari provide both the organic beauty of instrumentation with electronic artifice, all powered with their signature rock rage

This is cemented in ‘Apocaholics Anonymous’, an electronica track created by Rou, as he told The Boar in an interview earlier this month, in a ‘completely solitary experience’. Despite this, it is just as polished as the album’s nonpareil, ‘Elegy for Extinction’: a classical piece recorded in Vienna with a 17-piece orchestra, there’s little more to say than just how beautiful this track is, with the epic accompaniment providing an experience beyond listening and into the cinematic.

Witnessing a band who are known for heavy-rock experiment with classical is incredibly refreshing – their sixth album acts as an example of how to push the boundaries, remove yourself from the indie rut. The contrast between big, sweeping classical pieces like ‘Elegy for Extinction’ and ‘Waltzing off the Face of the Earth (I. Crescendo)’ to gritty devotions to early electronica like ‘Apocaholics Anonymous’ and ‘T.I.N.A’ are examples of Nothing Is True’s paradoxical nature: Enter Shikari provide both the organic beauty of symphony with electronic artifice, all powered with their signature rock rage.

This isn’t the band’s first fore into electronic music though. Propping the album’s tracks on a steady, electronic base, Enter Shikari build upon the ambient bookmarkers of its predecessor, 2017’s Staying Alive, and the dance mixes of The Mindsweep whilst remaining true to their rock roots. They achieve this without any banality, too. Nothing Is True captures the national identity perfectly: stuck between longing for an idealised past and uncertain for what is set to be a future pulled out of a Black Mirror episode, the album provides a clear narrative from start to end. It’s comforting to know that others share in this fear.

Nothing Is Real could have easily been a sonic mess. Instead, it acts as a mixing pot for the band’s cultural and musical influences: genre-bending and epoch-defining

With all of its angst, however, Nothing Is True also shows the band’s softer side. A highlight is hard to pick with an album stuffed with such excellence, but ‘Modern Living’ is definitely up there as one of the album’s best. It’s fist-pumping, euphoric beat isn’t unlike a Biffy Clyro tune, and feels like a welcome return to the band’s more familiar rock territory. They don’t forgo the album’s main themes, however: lyrics like ‘we’re apocaholics’ hark back to the Nothing Is True’s dystopic motto, with precious moments of tranquillity such as ‘lying in the flowers’ instantly undermined by doom: ‘everything you love is about to disappear’.

Nothing Is True closes on the same teetering, yet determined, sense of hope with ‘Waltzing off the Face of the Earth (II. Piangevole)’. The combination of bird song, triumphant trumpets and trickling water provide an Edenic feel, like waking up from a heady dream – a welcome, lighter contrast to part I.

With such a myriad of different instruments, styles and voices, Nothing Is True could have easily been a sonic mess. Instead, it acts as a mixing pot for the band’s cultural and musical influences: genre-bending and epoch-defining, this is how you make an album for 21st-century living.