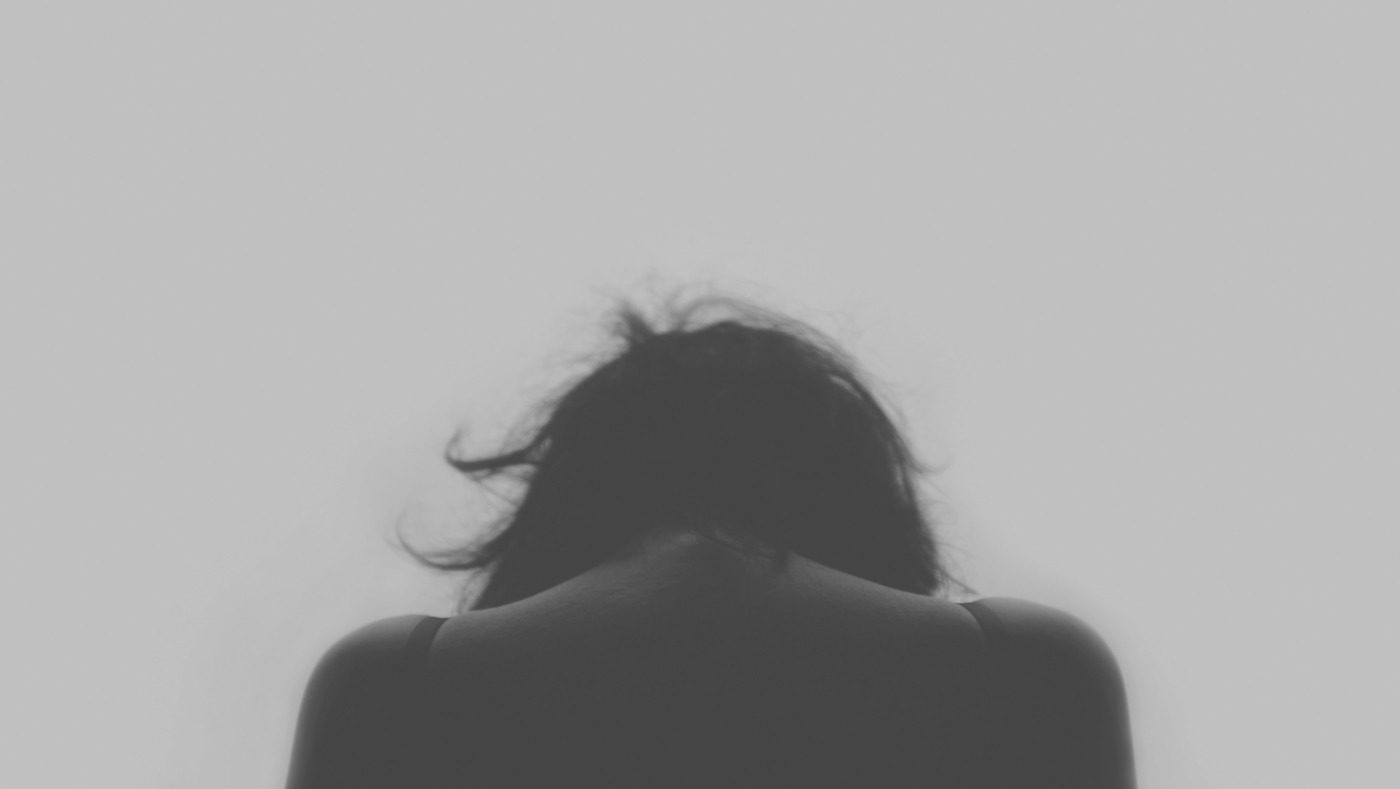 Changes to the way mental health support is accessed at the University of Warwick has elicited a sharp response from students, according to a survey conducted by the Boar Features.

Students wishing to access mental health support should now enter the ‘wellbeing portal’, after which they are offered to go along to a ‘brief consultation session’. This consultation, a drop- in service, determines what course of action would be the most suitable for a student, in which a ‘wellbeing professional’ will ‘ask a few questions’ to help work out what ‘the best next steps are for you going forwards’.

The motive behind the change seems clear enough. By individualising treatment for different cases, and recognising that different people have different needs, the university is able to direct support, and funding, where it is most needed.

For some students, however, this is an unnecessary and backwards step. In an email seen by The Boar, one student felt that the university is “suggesting that students who are responsible enough to complete a degree, live away from home and commit to tens of thousands of pounds of debt aren’t capable of assessing themselves whether or not they need counselling.” The student went on to argue that such a screening process creates “a significant chance that those they do ‘screen out’ and send to use self-help resources instead will just return a year later, twice as unwell.”

One student felt that the university is suggesting that students who are responsible enough to complete a degree, live away from home and commit to tens of thousands of pounds of debt aren’t capable of assessing themselves whether or not they need counselling.

The problem was brought into sharp and shocking focus at the University of Bristol in 2018, with a series of student demonstrations after eleven students were reported to have took their own lives since 2016. A Freedom of Information request sent by The Boar in March 2019 found that, in Term One alone of the last academic year, seven ambulances had been called to campus for suicide or attempted suicide – a rate of more than one every other week.

In Term One alone of the last academic year, seven ambulances had been called to campus for suicide or attempted suicide.

Seventy five people answered The Boar’s survey, 92% of them undergraduate students. 66.7% of respondents identified as female, with 30.7% answering male an 2.7% opting not to say. Of respondents, 52% answered ‘yes’ to the question of having ever used mental health services at Warwick. 48% said no.

Given the extent of the problem, it is worrying that 57.7% of respondents to The Boar’s mental health survey described the new system of a preliminary consultation before receiving support at Warwick as making them ‘less likely’ or ‘much less likely’ to attempt to access wellbeing support services. A further 25% of respondents said that they didn’t know how the change would affect their decision, with just 17.3% of respondents describing the change as making them ‘more likely’ or ‘much more likely’ to attempt to access support.

The university disputes this, describing the consultation session, specified by Wellbeing’s website, as “actual supportive sessions”.

57.7% of respondents to The Boar’s mental health survey described the new system of a preliminary before receiving support at Warwick as making them less likely or much less likely to aceess wellbeing support services .

“Needs are determined and supported quickly and effectively. At this appointment students are also offered a range of support, help, and practical advice according to their needs”, they said.

In addition, the university describes the Boar’ survey as “limited”, saying that Wellbeing looks “very closely at feedback on its services” and described a survey conducted of 871 students who accessed wellbeing services in term one as finding 97% of students surveyed as “very satisfied”.

Yet it was disillusionment at the quality of the service provided by wellbeing services that formed another key sentiment echoed by some respondents to The Boar’s survey. Though one respondent found their experience with wellbeing support services to have been “good and very helpful”, they elaborated that:

“By the time I actually got to have counselling I saw three different people… I had to jump over so many hurdles before I could receive the help I needed.”

Another student commented on the length of the process, suggesting that process complications and delays had a negative effect on their mental health. “In my experience, I found the website and the overall process of making an appointment very unclear. In addition, I attempted to book a session in early May and wasn’t given an appointment until the end of June – which was useless to me as I was back home for summer by then.”

“This has stopped me accessing help”, another student concluded.

Responding to the Boar’s request for comment, the university said that the average waiting time for the consultation drop in as just twenty two minutes. But for some students, the time between this initial consultation and follow up appointments is just too long. One student, who described the waiting time as “too long”, claimed that the appointment they were offered was in a month away.

For some students, the time between initial consultation and follow up appointments is just too long.

“By the time of the appointment I already had multiple crises and did not receive help”, the student said.

The urgency of quick appointments is apparent from some of the testimony seen by the Boar. One student alleged that their appointment had been “consistently pushed back for the past 3 months”, stating that this state of affairs caused their mental health to continue to “worsen – all this with no help in sight”.

While 45% of respondents described the quality of support they had received as ‘good’ or ‘very good’, difficulties accessing the service was a common theme among 40% who responded ‘neutral’ and 14% who described support as ‘poor’ or ‘very poor’.

Despite discontent surrounding the “difficult and long waiting process”, however, one student discerned that the eventual support was “absolutely worth it”.

“It was incredibly beneficial to my mental health to have someone to listen to me and give me advice”, they said.

However, survey results on the whole reflect a concern that students may be being deterred from utilising the services available at the University of Warwick. Yet improving the mental health of students is not something that will only be achieved through universities. A Universities UK report published in 2018 called for better collaboration between local government, schools, universities and the NHS. Allowing students to register with GP services both at home, and at university, for example, may help prevent those suffering from mental health problems from falling through the cracks, unable to access support for months at a time.

Improving the mental health of students is not something that will only be achieved through universities.

It would also be unfair to blame all student mental health issues on a lack of provision from universities. Rising tuition fees, fears about employability, and stress over exams and assessments, for example, are all issues that face all higher education facilities. Other events can also have a knock-on event on student mental health. One survey respondent mentioned last minute revisions to Warwick’s exam timetable last year, describing themselves as experiencing “severe anxiety” as a result. One survey respondent suggested that the universities culture could be to blame, describing a “high pressure environment around careers and banking” at Warwick as a key reason for the mental health problems experienced by some students.

It is unfair to blame all student mental health issues on a lack of provision from universities. Rising tuition fees, fears about employability, and stress over exams and assessements are all issues that face all higher education facilities.

Rising rates of mental health issues in the general population is also not just something that is affecting students. The NHS is underfunded when coping with mental health issues and providing support services, especially quickly. Despite the government setting a target that 75% of referrals to psychological therapy should be seen within six weeks, in some parts of the country, more than 20% of patients wait for over 18 weeks – a long period of time that could see mental health problems escalate.

Having said all of this, while it was clear that students were unhappy with changes to the way wellbeing support is accessed at Warwick, feedback as to the quality of support once accessed was fairly positive. 48.1% of students said that they would be ‘likely’ or ‘very likely’ to go to wellbeing support services if they were suffering from a mental health crisis, with 38% saying they would be ‘unlikely’ or ‘very unlikely’ to. Despite obvious concerns, 59.7% of respondents described wellbeing services as ‘accessible’ or ‘very accessible’, with just 21.2% of respondents saying that services were ‘inaccessible’ or ‘very inaccessible.’

Despite obvious concerns, 59.7% of respondents described wellbeing services as accessible or very accessible.

In addition, information in the wellbeing portal highlights that ‘urgent assistance’ should not be accessed via the consultation sessions, highlighting a number of other services and emergency numbers that can be contacted. The university commented that ‘urgent high risk cases are picked up immediately and passed immediately to our mental health nurse’.

Furthermore, some students were incredibly complimentary of the services they received. “The face to face counselling session was a great resource and helped me understand better my worries from a different perspective” said one student, whilst another commented “I attended counselling and found that it was exactly what I hoped, the counsellor was highly professional and matched my needs perfectly.”

A mixed view on the quality, accessibility, and visibility of wellbeing support services here at the University of Warwick. There is no doubt that students are offered a much needed and valuable service that is essential to many of us, and it’s a service that, in some cases, is doing excellent work in providing for the mental health needs of students. Yet there are still significant flaws in the system. As the number of people, and students, experiencing mental health problems continues to rise, it is clear that any administrative procedure that individuals feel prevents them from accessing the support they need should be investigated and, if necessary, changed. Early access to counselling can make a huge difference – as one student commented: “I would say that mental health services at Warwick are of high quality, however there is not enough preventive measures undertaken.”

“In order to get full support of the university in form of counselling and a visit to a psychiatrist, very severe events had to take place.”

“Earlier when my problems weren’t at peak, I felt neglected.”