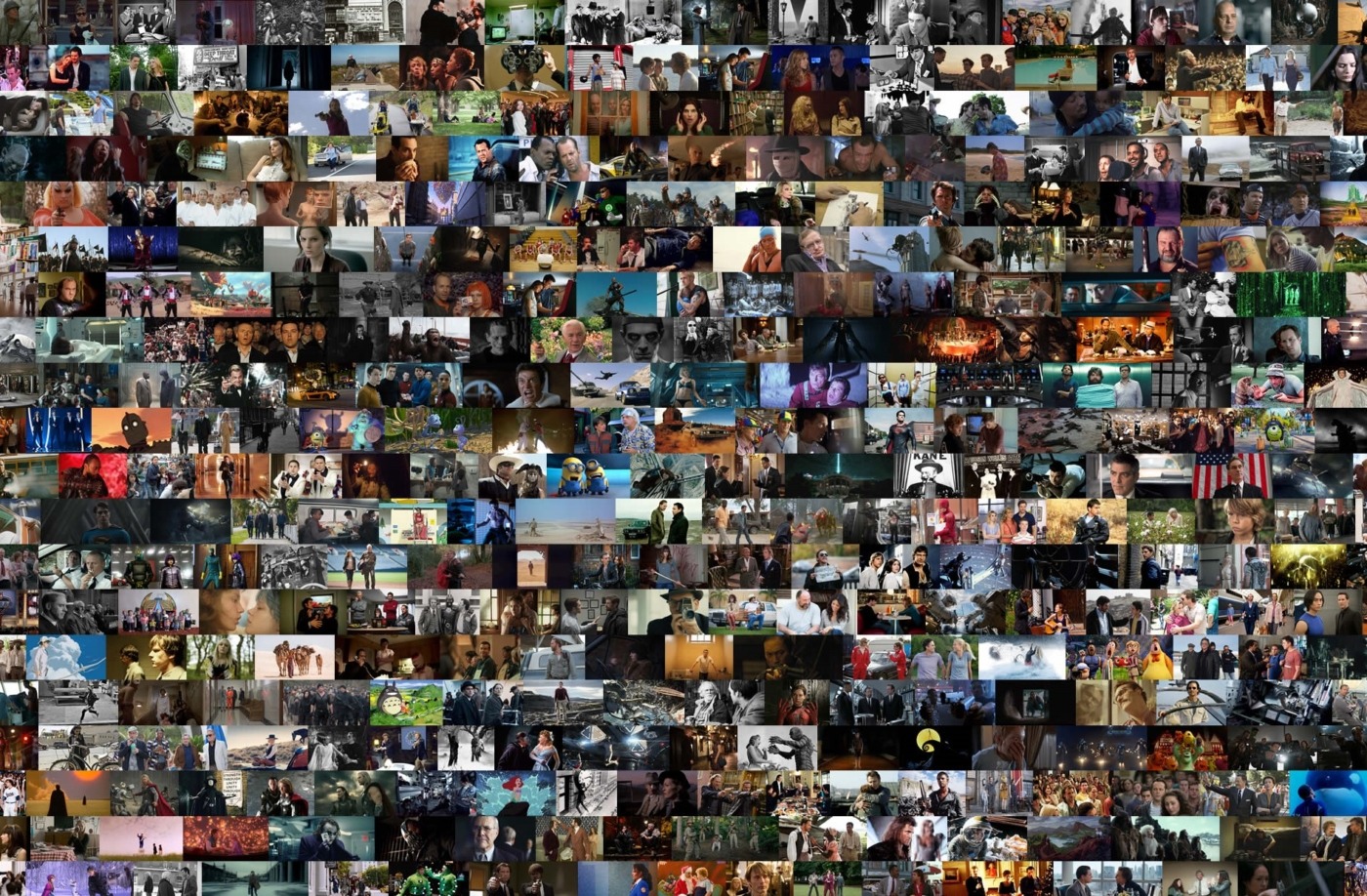 As the decade draws to a close, we’ve collated the opinions of Boar Film writers to form a comprehensive list of the best that cinema had to offer over the last ten years. From mega-blockbusters to artsy flicks, from indie tearjerkers to stripper comedies, read on to see which films of the decade you missed.

Marvel has been the big cinema success story of the 2010s, and that success was heralded by 2012’s The Avengers. After being introduced in their own films, Avengers saw Iron Man (Robert Downey Jr.), Captain America (Chris Evans), Thor (Chris Hemsworth) and an assortment of other heroes team up to take on a threat to the entire planet. It’s packed with set-pieces and quips, setting up a winning formula that Marvel (for better or for worse) has stuck to for a further twenty films.

The success of The Avengers reshaped the decade’s cinema – it became one dominated by Marvel and the superhero genre, and one in which every major studio attempted to create some kind of cinematic universe. Films were no longer just individual stories, but rather pieces in a larger, now ten-year narrative. It cemented Marvel films as events, unmissable screenings that encouraged people to actually go to the cinema again, and it introduced the most iconic film theme of the decade. I’m not going to claim that The Avengers is the ‘best’ film, but its influence of the shape of film and the film industry in the 2010s cannot be understated, and we’d been looking at a very different decade without it.

Dan Gilroy’s Nightcrawler superbly encompasses modern society’s demand and obsession for the consumption and creation of sensationalist news, which is why it is my pick for the film of the decade. It tells the story of Lou Bloom (portrayed by Jake Gyllenhaal at peak intensity) an emotionally unstable night dweller to rival Travis Bickle, who finds a way to make money by filming immediate late-night crime scenes and selling the footage to local news stations. He soon realises he can get more successful by manipulating and tampering with crime scenes to create more dramatic footage, and thus triggers Lou’s descent from petty criminal to tunnel-vision psychopath, willing to make every sacrifice for that perfect angle. Gilroy, remarkably in his directorial debut, creates a dark stylistic world full of relentless sleaze which cannot fail to grip the viewer as it becomes clear that Lou’s desperation for success, in a society that will otherwise leave him behind, knows no morals. It also features a breakout performance from Riz Ahmed as a young admirer of Lou’s work, who gets dangerously strung along into this wild world of late night ‘journalism’, the ethics of which the film serves so well to critique.

Fundamentally, watching a film should be an experience. The job of a motion picture is to transport you somewhere else for 120 minutes, to make you believe in and care for characters who have little bearing on your reality beyond the screen. 2014’s Interstellar was, for me, the most memorable cinematic experience of the last decade. Christopher Nolan’s sci-fi epic follows a group of astronauts forced to travel through space and time in the hope of finding a new home for a struggling humanity. Mind-bending visual effects and impassioned performances carry you through cornfields and wormholes in a state of continuous wonderment, while a soaring score from composer Hans Zimmer – which itself might be the best movie soundtrack of the last ten years – propels proceedings to space-hopping heights reminiscent of Stanley Kubrick’s 2001: A Space Odyssey.

It’s also Christopher Nolan’s best film, not least the best in a decade where any one of his four releases might’ve just as easily made this list (Inception, The Dark Knight Rises, Dunkirk). Interstellar polarised audiences and critics alike with its lofty ambitions and disputed scientific accuracy, but its underlying message was never one of black holes or relativity. Instead, it sought to prove the one thing capable of transcending space and time – love.

Room is an incredible film, with a very small cast, largely focused around just two actors – Brie Larson and Jacob Tremblay. It’s based on a book of the same name by Emma Donoghue, and the storyline follows a woman who has been held captive in a tiny converted shed for seven years and has a five-year-old child with her captor. The movie plot is split into two main sections; captive in the room before they escape, and then in the real world, where adjusting to life outside is, emotionally, almost more difficult. What is a bleak underlying narrative is expertly balanced with the cleverly-used child’s perspective, filled with innocence and observation of the world for the first time properly as a five-year-old.

The relationship between Larson and Tremblay is what makes the movie – when they are in the room, there is very little set, and not a lot of dynamic action, and yet their relationship is truly believable and remains engaging to watch. When they leave the room, Larson expertly portrays the emotions that follow being held captive in a way that is nuanced, balancing her characters own feelings and those for her son’s future. It is no wonder she won an Oscar as best actress for her performance. Room is a movie that will stay with you for a long time after watching.

One of the greatest sequels ever made, Magic Mike XXL ditches the dead weight of its predecessor (Alex Pettyfer, rise and fall narrative), and instead fully embraces itself just as its characters do so themselves – an interesting approach for a film whose main appeal seems to be its stars taking their shirts off. Basking in little convention, and taking the ‘one last ride’ narrative of a road movie and stripping it down into a ‘hangout movie’, XXL makes it a pleasure to watch the ‘Kings of Tampa’ be friends and shoot the breeze. XXL gives these figures of ‘God-like’ form insecurities and vulnerability, things they overcome by being themselves (THAT petrol station scene!), giving any viewer a sense of confidence they never knew they needed – it’s one of the finest and healthiest depictions of masculinity to be found on a cinema screen. All that’s to say nothing of the reason you came. The spectacular dance sequences are structured like an action film, and as beautifully choreographed and shot as the best of them: Channing Tatum and Joe Manganiello offer plenty in audience satisfaction. Unusual for a mainstream Hollywood film, XXL is a wholeheartedly sex positive film for EVERYONE. A celebration of respect and self-acceptance has never been so entertaining…

Moonlight feels more like a love song, a piece of poetry or an ode than a movie. With a lower budget than most films rated as highly and adored as much as this film is, it approaches homosexuality, poverty and being black in a coming-of-age narrative unlike most others. Based on the play “In Moonlight Black Boys Look Blue”, the three-act structure follows a vulnerable boy turn to a frustrated teenager then into a hardened and bitter adult. With a poetic and provoking performance comes what is most striking about the movie: the score and the mastery of the way it was shot. In its subtlety and its understated brilliance, it disarms us and provides a window into another world unlike any other we have seen onscreen.

No “Best of the Decade” list is complete in my mind without Paul Schrader’s First Reformed. A masterwork of cinema which brought together key themes concerning major issues of the decade. A film about the place of religion in our times, especially with the ever-growing threat of climate change. A real call to arms for eco-activism, the film explores the mind of a clearly unstable man as he has to deal with his church still being relevant to the issues of today, as well as tussling with the existential dread of climate change and having doubts about his own religion. There are many subtle bits of symbolism put all throughout, a film that demands your full attention and multiple viewings. A solid cast who all portray deep characters with great skill, Ethan Hawke delivering one of the most underrated performances of the century. Schrader proves he can still craft insightful character studies over 40 years after Taxi Driver was released and in exploring these characters, exploring the issues of the society they are in. If this isn’t on a list of best films of the decade, then it isn’t a list of the best films of the decade. Simple as.

Who knew Timothée Chalamet sitting and crying in front of a crackling fire could make someone shed so many tears at the end of a film? That’s what happened after watching 132 minutes of pure romance, joy, heartbreak and nostalgia.

Call Me by Your Name has to be my film of the decade. It is a simple story, based on a book by André Aciman, following a summer of romance between seventeen-year-old Elio and Oliver, his father’s grad student, in rural Italy. Watching it felt like falling in love for the first time. It is so beautiful, naïve, and pure. The spark between Oliver and Elio is genuinely magical. The setting and cinematography used in the film is so stunning, it inspires incredible wanderlust and only adds to the magic. The nostalgic 1980s references are cool and trendy, and the soundtrack adds to the excitement and romance.

Timothée Chalamet and Armie Hammer were the perfect casting choices and I cannot imagine anyone else playing Elio and Oliver. They make the audience believe they are in love and Chalamet has a youthful innocence which contrasts perfectly with Hammer’s smooth manner. I can’t recommend Call Me by Your Name enough for anyone who wants a film that makes them fall in love, inspires them to travel, feel warm inside but also shed a few tears.

Spider-Man: Into The Spider-Verse is an animated superhero movie following Miles Morales after he is bitten by a radioactive spider and acquires superpowers. Unlike traditional superhero narratives, Morales discovers that he is not the only one on a mission to save the world. The film features a total of six “Spider-People”, (including a school girl from the future, a private eye from the 1930s, and a pig voiced by John Mulaney), who must get back to their own dimensions and save the multiverse in the process. Spider-Verse was the first feature film in the Spider-Man canon to be animated and received awards for Best Animated Feature at the 91st Academy Awards, 46th Annie Awards, and 76th Golden Globe Awards.

The animation style is charming, mimicking a comic book with its use of texture and thought bubbles, and the narrative is engaging, promoting a message of family and diversity – Spider-Verse continues to support the trend that cartoons are for people of all ages. Both humorous and touching, the empowering message that “anyone can wear the mask” and the film’s welcome contrast to other superhero movies marks Spider-Verse as one of the best films of the decade.