One of the two female students who originally submitted a complaint to the University regarding the group chat last year has asked The Boar to publish this letter to the Vice-Chancellor on her behalf, in response to his statement yesterday.

This letter is written in response to your ‘statement’, but also serves as an opportunity for me to speak out at the end of an exhausting and traumatic week.  To see the discussions around the chat re-opened, and to relive the horrendous mistreatment we faced at the hands of the University has been unbelievably difficult.

As you have stated, I am sure your email inbox is overflowing as the public shows its dismay at the University’s decision.  I have therefore decided to take a public approach to answering your letter. You claim you have remained silent until now because “it is important to listen.” If this statement is the culmination of all your reflection, it appears you were not listening very well.

Your letter begins by detailing your shock and disgust at the comments made in the group chat. I do not quite know how you intended for us to react to your own feeling of physical “shock”, but it seems as if we were supposed to draw some level of empathetic equivalence between the testimony of the women who have come forward and your own feelings.

Shock is, of course, a natural and proportionate reaction.  However, I am intrigued, as I find this reaction to be in complete opposition to your input into the case so far.  When I complained to the University about the outcomes of the perpetrators’ appeals and the way the case was handled throughout, your response was that ‘there are insufficient grounds to progress your complaint’.

If one of your colleagues made these comments about you, I doubt you would settle for any outcome other than them being fired. I doubt you would work alongside a colleague who had said they would mutilate your genitals or brutally sexually assault you. Why do you expect anything different from your students?

Your letter does not answer any of these questions.

This now moves beyond this individual case, and tells students where the University’s priorities lie; money and reputation. The irony is, your reputation is irreparably damaged, and you stand to lose money as donors and prospective students remove themselves from the Warwick community.

Furthermore, any claim to moral upstanding disappears when it is evident the University’s decision making has been dominated by fear of the legal team behind the men involved.  Unlike the men involved, I do not have the finances or connections to sue a University.  Perhaps if I did you would finally have treated me with the respect I deserve; the respect you have given to the perpetrators. I can on some level appreciate the practical factors you must consider, such as the legal challenges the University might face. But the fact that these have been given precedent at any level over the victims in your first public statement on the matter is disgraceful.

I want to take a moment to address your claim that ‘senior management does not control the disciplinary process’.  They do sit on the Discipline and Appeals Committees, and must be held responsible for decisions emerging from them.  Furthermore, the Investigating Officer, a tier 9 member of staff, did make decisions.  One such decision was letting the individual who showed the chats to us, and who made comments such as ‘chains her to the bed…makes her piss herself and sleep in it’, return to the University for the academic year 2018/2019.

This man never faced the Discipline Committee and had his future decided entirely by the University’s leaders.  The horrendous decisions we are demonstrating against happened in a vacuum primarily dominated by senior members of the University team.  That makes this problem one of your creation, and one that you need to accept responsibility for.

We came to the University with hard evidence and good faith the problem would be addressed. Rather, we faced an interrogation and sexist lines of questioning. The Investigating Officer brandished one of us as an “unreliable witness”. He did so in the report which went to the Discipline Committee to guide their decision-making.

That my experience of the interview process was so horrendous is inconceivable, given the hard evidence provided. I can only imagine the trauma victims of physical and sexual assault must face when coming forward to the University in good faith they will be trusted. This is the culture the University is fostering; one which protects perpetrators and alienates victims.

Evidently, this case points to broader issues occurring at the University of Warwick.  I ask you to think about the community you are creating. But I also ask you to also think about this on an individual level.

Whilst your letter discusses in plenty of detail the impact this situation has had on yourself and the other men involved, the impact on the victims should always have been the focus.  This impact has been huge and is ongoing. Your letter is self-centred, giving far more time and attention to your own feelings and the situations of the disciplined male students than the female students directly affected, and who have had to endure this long and torrid process over a number of horrific months.

The men involved in the chat did not sit their exams last year. I will now spend my exam season feeling terrified to be on my own campus.

Victims are studying abroad this year and cannot return to a campus where they feel safe.

Victims are completing Masters degrees here and cannot return to a campus where they feel safe.

Victims had to take a year out for their own wellbeing after this chat was released.  They cannot return to a campus where they feel safe.

Victims are on 4 year courses and cannot return to a campus where they feel safe.

Victims are in their second year of study, and cannot return for a third year without fear of being in seminars with men who racially discriminated against them and discussed raping them. They will not feel safe.

The University has failed in its duty of care.

I implore you to think harder and to do better.

A complainant who is finally being heard.

Note: The Boar contacted the University for comment before this letter was published

To Stuart Croft: The men’s withdrawal does not repair your reputation 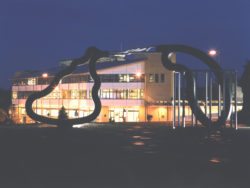 A letter to Warwick: ‘You have forgotten about the victims’