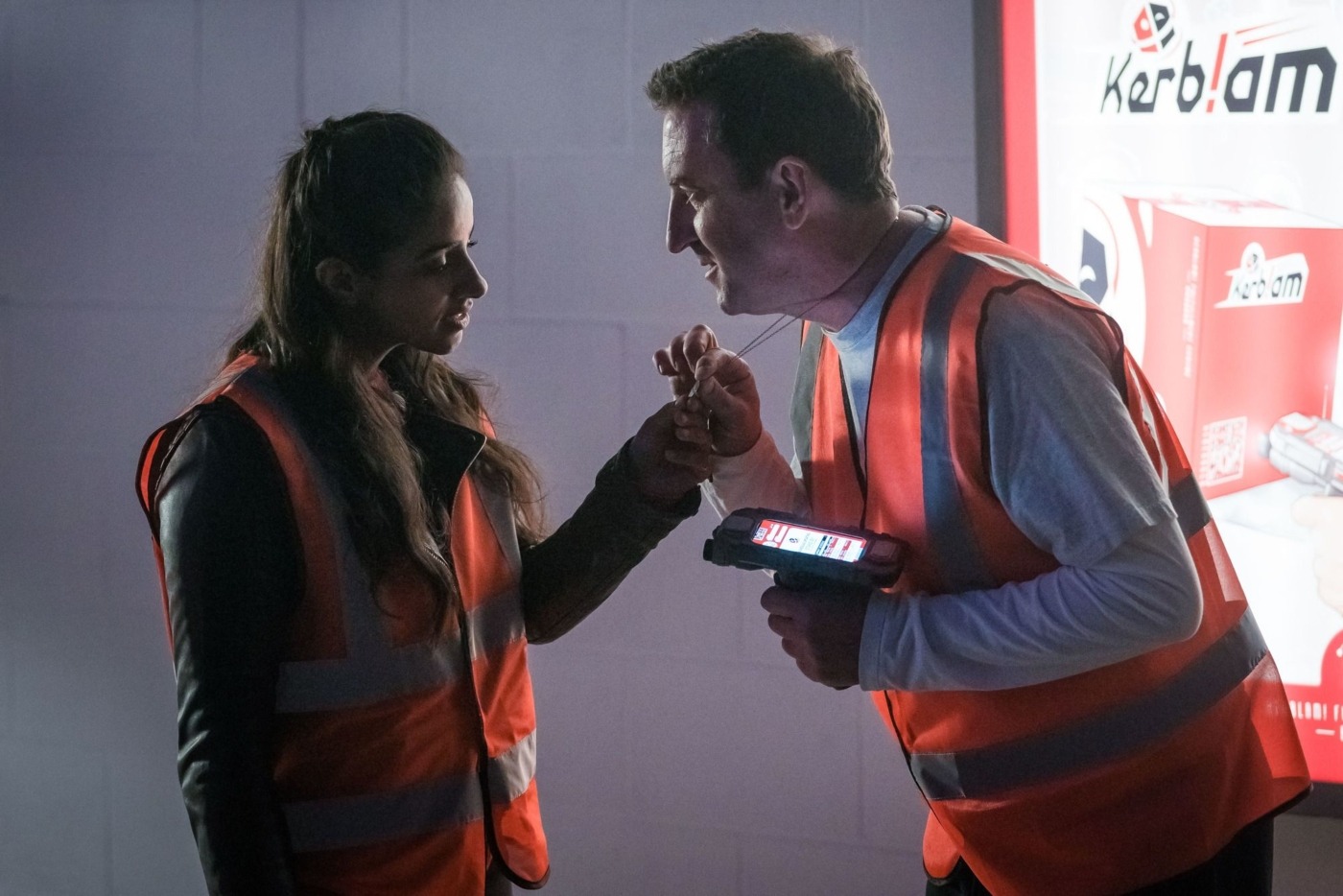 The latest episode of Doctor Who saw the Doctor and friends on a warehouse planet for an intergalactic Amazon-esque company. Following a call for help, ‘Team TARDIS’ are soon embroiled in a mystery to find workers who have gone missing.

It seems that lots of fans and viewers have reacted positively to this episode as a return to a more traditional Who episode, full of spooky robots, a sci-fi concept based on the real world and an actual ‘villain’ for the Doctor to face off. That last point has been particularly celebrated, in a series that has had a distinct lack of unquestionably ‘bad’ characters and thus a lack of threat for the Doctor. But somehow, I couldn’t quite see it.

You see, recently, I went back and watched both ‘Partners in Crime’ and ‘The Day of the Doctor’, meaning that the general feel of both the Russell T Davies and the Steven Moffat eras were fresh in my mind – and this was nothing like either of them. It’s hard to pinpoint exactly what these episodes had that ‘Kerblam!’ didn’t, but it seemed to me that there was a certain sense of fun and energy that just wasn’t there, and this is something that I’ve felt throughout Series 11.

Exploding bubble wrap was also a very Doctor Who idea

The quality of the guest cast in this episode might well be one of the problems. This is especially problematic as I’m starting to realise that (Graham aside) the main cast are not of the same calibre of Doctors and companions past. And it pains me to say that, because I really want to like them and I have come close to warming to them at times, but ultimately they lack depth and strong performances. My favourite member of the guest cast was undoubtedly Lee Mack, someone who I was looking forward to seeing in the show because I felt that he might just bring along the energy that this series seemed to be lacking. Unfortunately, his character was killed off within a few minutes of being introduced, leaving us to dwell on the not-so-engaging younger workers at Kerblam.

I didn’t dislike everything about this episode. In fact, I thought the plot was actually rather good. I enjoyed the way in which the Doctor suspected the managers, then the system, before Charlie was revealed to be the villain, in an unexpected twist that made sense. The episode also succeeded in showing us the side to companies like Amazon that we don’t usually see when browsing online or receiving parcels – and it did so in a nuanced way that hinted at a criticism of the system, whilst eventually revealing the villain to be elsewhere. Exploding bubble wrap was also a very Doctor Who idea, so I appreciated that. It’s only really the execution of all this that didn’t seem to hit the mark and explore the potential of the ideas.

It was let down in its execution by dull performances, dialogue that too often felt uninspired and an underdeveloped setting

In the latter days of Steven Moffat, I was getting fed up of convoluted plots that felt like they’d been made up as they went along and that would logically collapse if given anything beyond surface level consideration. In that sense, Series 11 has given me exactly what I wanted – logical plots that are well thought out and unproblematic. However, it seems to have come at the cost of something in the execution, and this has been felt even more keenly in the ‘space’ episodes like this one which lack the pathos that the historicals have had to make up for it.

So, ‘Kerblam!’ was an average episode of Doctor Who. It had good ideas and a strong plot, but was let down in its execution by dull performances, dialogue that too often felt uninspired and an underdeveloped setting. A return to the past next week fills me with hope that we might be in for another stronger episode.

Next review: The Witchfinders

Previous review: Demons of the Punjab