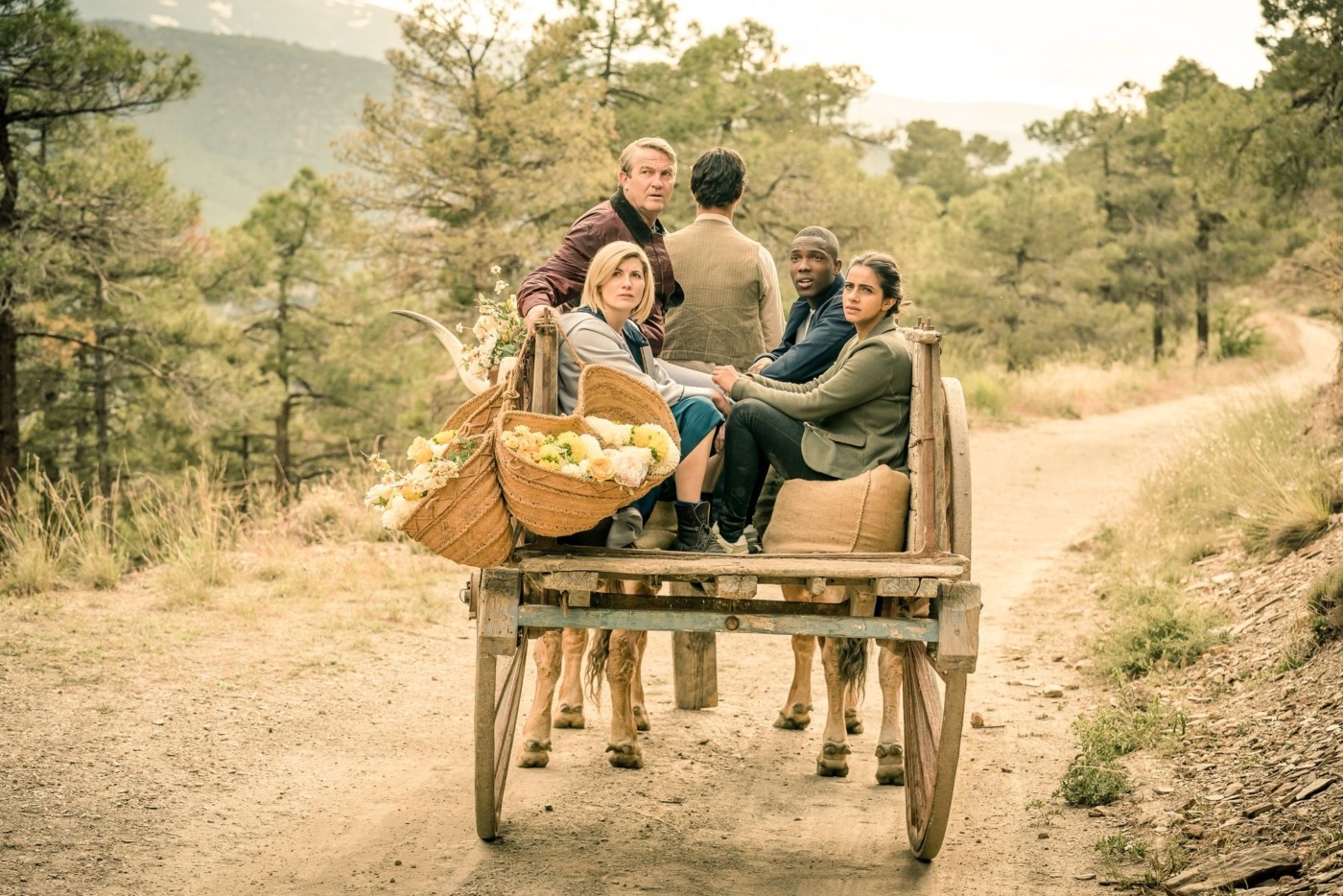 Doctor Who – Demons of the Punjab

We are now six episodes into the current series of Doctor Who and the audience are starting to evaluate this incarnation as a whole, myself included. Broadly speaking, and this is a consensus I’ve seen in a number of places, the show is doing fine. There haven’t been any truly exceptional episodes but there are no duds which are offensive or painful to watch. Jodie is no longer phasing as the Doctor but simply is the latest incarnation and the direction is solid. The writing however needs tightening up across the board. The companions are slowly making their mark and the monsters and villains are underwhelming. That being said, everyone will have their own take, and this is especially the case with ‘Demons of the Punjab’, a story in which a great deal works on paper, but with some problematic elements in the execution.

It’s difficult not to notice how this series’ historical episodes are going all out in terms of difficult periods. ‘Rosa’ examined American racism, ‘Demons’ highlights the devastation of colonialism as it covers the Partition of India. However, this episode is actually quite mild in its coverage of the topic. For stories where the critique of colonialism has far more bite, go back to ‘The Mutants’ and ‘Kinda’ in the classic series. But, where it lacks in bite it makes up for with choice of focus. Choosing to focus on one family who are being directly affected but isolated from most of the action works in the episode’s favor. Said family has interesting ideologies to base a conflict in and the gritty reality of what the Partition means is well laid out given it’s not a period of history often covered. There are two drawbacks. The first is that the acting is somewhat patchy and none of the supporting characters truly stand out. The second is the way in which the episode builds up tension. What the episode has, in theory, is a ticking time bomb which by the end has a terrible effect on the characters. However, said time bomb doesn’t become apparent until the third act. Had the threat of violence upon the characters been apparent from much earlier, then it would have added urgency to the proceedings. Part of this is a problem with pacing which is quite slow, and the other is to do with the aliens who feature in this episode.

Similar to ‘Rosa’, ‘Demons’ makes a good case for bringing back purely historical episodes. Because what the aliens want is kept a mystery for two thirds of the episode, it doesn’t have the time to set up the human side of the danger nearly as well. That being said, the aliens are done very well. It’s a good, unique design, and they start off similar to the Mire from ‘The Girl Who Died’. The Doctor introduces them as the deadliest things in the galaxy, something which they’re unable to demonstrate within the episode’s confines. What elevates them from the Mire is that they turn out to be something else which is far more thematically fitting – it just comes at the cost of the human drama.

The drama itself does, however, benefit the companions. Yaz has, up until now, been somewhat sidelined out of the three, along for the ride while Ryan and Graham bond more. Here she gets a much stronger focus and gets an emotional journey out of a trip back to see her grandmother. Graham once again also gets another chance to shine with his older wisdom and appreciation. Ryan gets very little to do this time round and out of all the episodes this one also gives Jodie the least to do to stand out. The writing for the TARDIS team is still leaning on for what I’m assuming is a younger audience as they take care to explain things in great detail, though given how little India is actually taught I can somewhat forgive it. The location shooting is great for this one, though at one point I did wonder if the BBC’s Robin Hood cast were going to run through during the forest parts.

‘Demons of the Punjab’ overall is a decent episode. It has a good premise and some interesting takes on personal history, what one tells their descendants and keeps to themselves. It’s a topic which is brave to cover and there are plenty of moments where it works. But it builds to a climax which isn’t successfully foreshadowed early on for the pay-off to work. As for how Doctor Who will play out in its final four episodes, I do hope it will deliver something special by the end at the least. When a series of a show has fewer episodes, it is far easier to scrutinize each one individually and forgive stories which are mediocre or just fine. But that being said, this is a show which has lasted fifty-five years. It will have its slumps but it will also have its better days. I don’t know how long we’ll have to wait until the show starts punching higher again, but I believe it’ll come with time, as is always the case.