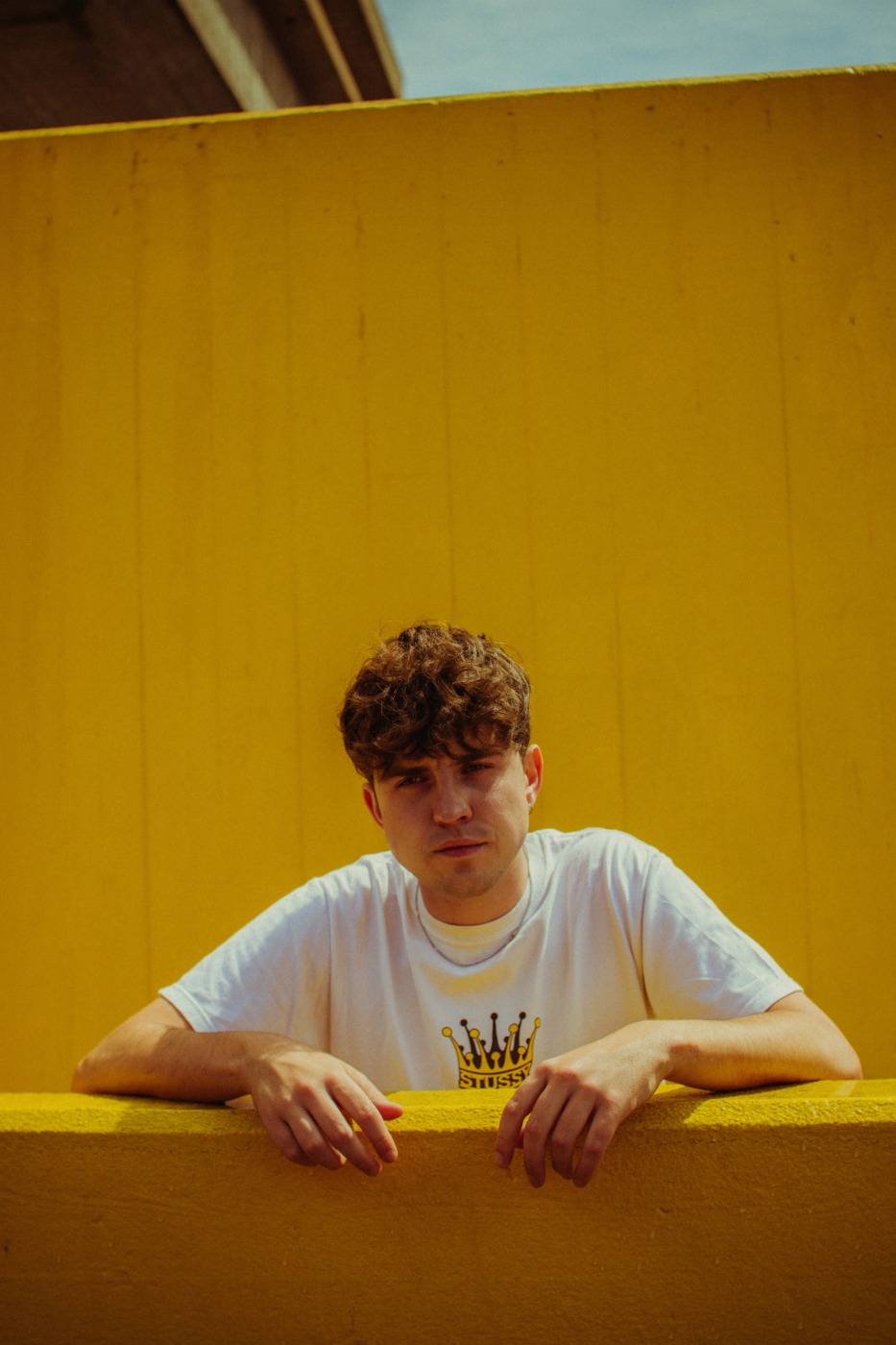 Indie artist Isaac Snow is back with his latest release ‘Why’, a brooding, downtempo and confrontational tune, radically different from his usual acoustic style. It’s a raw listening experience with a powerful message, and I asked Isaac about his inspiration for the song:

“I’m very passionate about and quite involved with the refugee crisis and the asylum situation within the UK. In my actual full-time job, I work in refugee rights.” Isaac has been engaged in frontline work for the past four years, helping refugees and asylum seekers access social welfare and legal rights.

“Increasingly in the UK, since 2016 and the Brexit referendum, I’ve seen racism become more prevalent in society and racists become more emboldened. I think a lot of the targets of racism, at the moment, are refugees and asylum seekers, the migrant population. I wanted to write a song and create a video that kind of reflected that. Not that necessarily told that story, because I’m not in the place to tell the story of a refugee or an asylum seeker, but instead commenting on the fact that this intolerance exists and we need to recognise that in order to overcome it and confront it.”

‘Why’ also boasts a powerful music video, which sees a brutal encounter between a young migrant and a group of street thugs:  “I always knew that I wanted to create a video for this song, but we wanted to do something that was sensitive, and which told a story in a way that was considerate of refugees and asylum seekers.”

“We included the news clips because it created a more human element. So, for example, with the racist thugs, we included clips of Tommy Robinson and Nigel Farage to show, perhaps, why they had been manipulated and the reason that they were committing this obviously awful crime. And then we included the news clip of the asylum seeker to show that this is the situation he’s in, this is what he’s come from. I think, yeah, it worked really well – it humanised the whole piece.”

“I feel like those people who’ve opposed [‘Why’], they’ve essentially proven my point through their own racism and ignorance”

I asked Isaac about the reaction to the song and the music video:

“We got a bit of advertising with the song, towards different people and different types of fanbases, but somehow, the people who caught onto it were a bit racist. On my Facebook pages, there’s actually quite a lot of abuse. So it’s been a really mixed reaction, both of support but also opposition. But I feel like those people who’ve opposed it, they’ve essentially proven my point through their own racism and ignorance.”

Isaac encouraged me to look at some of the comments on his Facebook page about the video, some of which he understatedly described as “very unpleasant”. They do tell their own story, and it’s a depressing, negative one at points. But Isaac was keen to stress that “the main response I’ve had has been supportive, and people want to get behind the message, particularly as it’s very topical.”

He also told me that “music’s a side passion for me – this song and this video is a way for me to unite these two things that I’m very interested in. Music has the power to tell a story and this is an important story which hasn’t really been told in the music scene.”

“Every song I release is going to have a bit of meaning. That’s what all of my music will be about”

This year, with coronavirus sweeping the globe, music has become a major force to bring us together. I asked Isaac why he thought this was the case: “It’s not just music – I think every form of art is resonating with people at the moment – music, film, television. I think that when you’re forced to disconnect from people around you and forced to be in your own space and reflect by yourself, then you end up looking to art as a way to connect with parts of yourself.”

“People might be really very lonely or down and they’ll want to connect with a piece of music to help with that. I think music is especially important at the moment as it has the power to reach people and the power to make people feel less alone and stressed about the situation they’re in.”

Was there a particular track that he found solace in?

“One piece of music that came out this year was Arlo Park’s song ‘Black Dog’, that got massive in this lockdown period. That song is about mental illness and battling with depression, and it’s gotten so big because they’re feelings people are struggling with, and it’s something people wanted to take solace in a piece of music. That’s why I think that did so well, and why it’s so powerful at this time.”

I wondered if Isaac’s own releases this year were in part inspired by the global circumstances.

“Not necessarily. I wrote those songs at a different time in my life, when I was struggling with these things, and it’s still stuff that I struggle with. The song ‘And the Rain Comes’ is about mental illness and ‘Run Away’ is about loneliness, and I wrote those songs because I was feeling that way. But I didn’t release them because I thought it would be the right time to release them – it was more that I felt it was the right time to release music, because I didn’t know what was going to happen in the future.”

On the question of the future, I asked Isaac what was coming next: “I’ve got so many songs stacked up and ready to release, so I’m going to carry on releasing singles. I’ve got another one coming out possibly at the end of November. Every song I release is going to have a bit of meaning. That’s what all of my music will be about. It might not necessarily be a politically charged piece, but it’s going to be related to stuff that’s important to me and that I’ve experienced.”