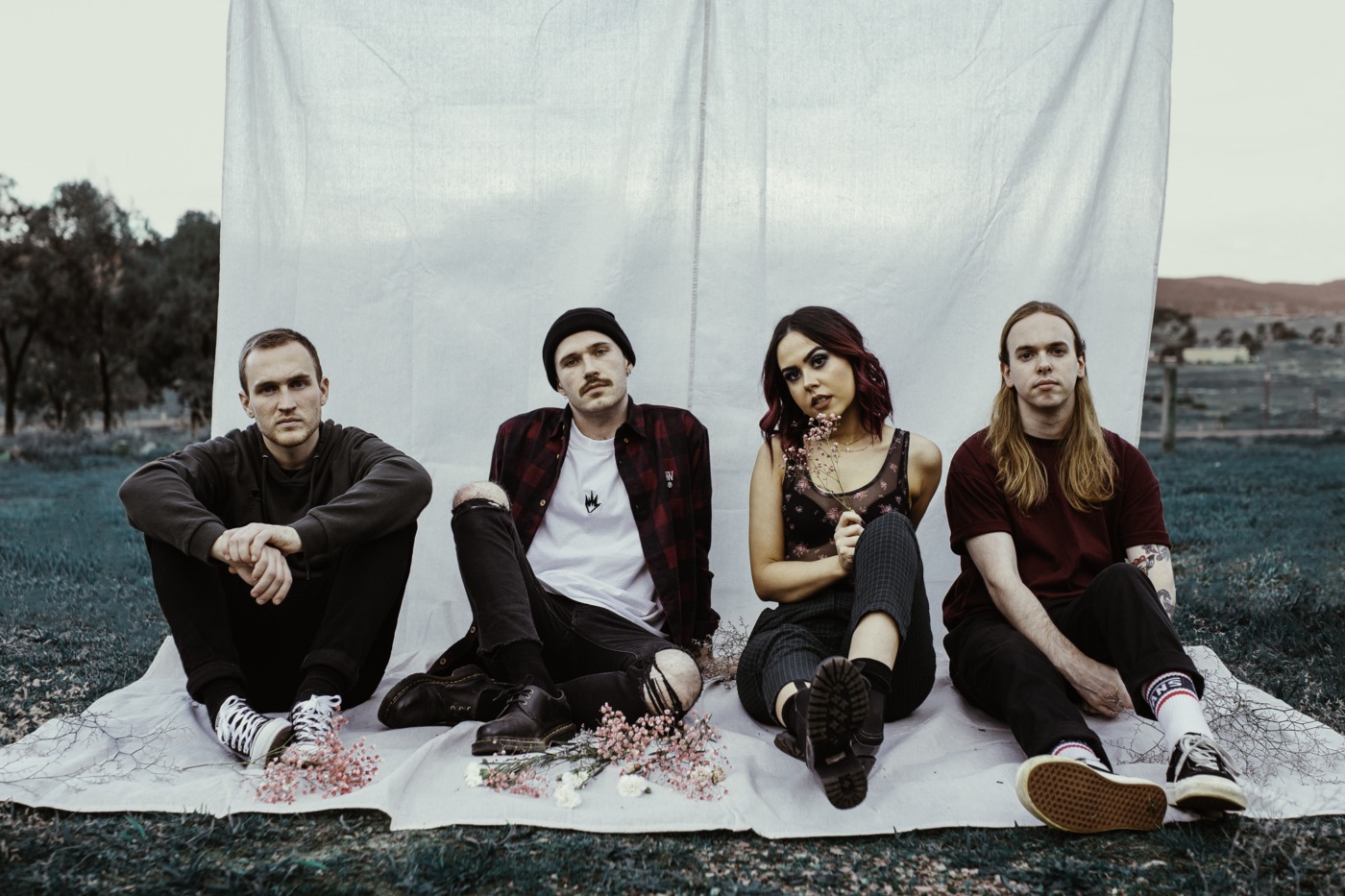 Picture this. You’re in a band. You’ve released an EP that’s been streamed 8.5 million times. People know who you are. You’ve got to tour outside of your home country – not just that, but you’ve had some pretty massive support slots. Yet, as you begin to put together your debut album, you’re struggling just to let yourself enjoy an incredible opportunity like this. Your mind is preoccupied with other things, above all, a niggling doubt: what if all this luck runs out?

She says this in a darkly joking tone of voice, now able to look back at herself at that time and see through the fear that gripped her and her bandmates. That fear was, namely, the feeling that the music they were going to make would reveal them to be fakes whose success with their first EP was nothing more than a fluke. Her feelings were difficult to name back then, but with some help from a friend and some searching on Urban Dictionary, she reached a self-diagnosis that anyone in her position may experience: impostor syndrome.

“I think after hearing that, [the name] kind of started popping up everywhere for me. [I was] seeing other people say ‘I have impostor syndrome, blah blah blah, I don’t feel like I belong.’” Mikaila saw this as a sign that confirmed that it was exactly what she and her bandmates were experiencing.

From a lyrical perspective, it worked against her at first. “I just felt so uninspired because I was pushing myself so much,” she admits. But as she worked through it, she found inspiration lying inside the feelings she was experiencing. That birthed ‘Together’, one of the album’s first singles.

In fact, it may even be possible to say that in the making of Self Care, Yours Truly were doing two things at once. They weren’t only writing music, but as they made it, they were working through their twenty-something growing pains. Mikaila describes the process as “one big group therapy session where we just spoke about our feelings for five weeks.”

A prominent theme of the record, she says, is relationships.  More specifically, across the album, she considers her mindset towards her personal relationships and whether she felt like they still served her. “I think that was something that I experienced a lot last year – ‘Does this connection serve me? Probably not’,” Mikaila explains.

The range of topics she explores, however, is far broader than just that. ‘Ghost’, for example, sounds like a relationship song but is a far cry from that. “It’s a song I wrote to myself about my own mental health and how I was dealing with a lot of these realisations that I had during that year,” says Mikaila.

The most surprising and thoughtful song on the record, however, is ‘Funeral Home’. It appears obvious what the song is about from the title, but its angle is one few artists have ever written about, let alone in a genre like pop punk known for being happy and carefree.

“‘Funeral Home’ is about being at a funeral of someone you’re related to and realising that you don’t actually know them,” explains Mikaila. “Everyone in the room you’re also related to and you don’t know them either. [It’s about] that weird family disconnect that you don’t really realise until you’re in a room full of people and I think it’s really sad.”

The Sydney four-piece weren’t only growing as people in the making of Yours Truly, but also as musicians

Ultimately, the band “tried to touch on a whole bunch of things” for the album, hoping to evolve by delving deeper into what they were writing about on their first EP, Afterglow. “This is like my diary and literally just about me figuring out a whole bunch of things that I feel kind of bother me. I’m just trying to come out the other end of it.”

Of course, the Sydney four-piece weren’t only growing as people in the making of Yours Truly, but also as musicians. They strived to bring more musicality and technicality to the pop punk template they began to carve out for themselves on Afterglow, to the extent that Mikaila believes it is as much of an “alternative” record as a pop punk one. “I thought this album is a good example of us trying a lot of different things. We wanted to do ten songs all different to the last one and we didn’t want to have one song that sounded like another,” Mikaila comments.

Now the album is finally out – a feeling Mikaila describes as “unreal” – Self Care may end up becoming something bigger than the four members of Yours Truly themselves. She hopes it becomes an album that fans “can take with them forever” and that it could do for them listening to it what it did for her making it: “[giving] them some insight on things they’re feeling that maybe other songs haven’t done for them.”

Undoubtedly, Yours Truly is going to make that happen. It’s likely to be happening already, given the number of fans Mikaila has seen on social media saying they’ve listened to it or posing with photos of their colourways. Yet even if it didn’t, it was a valuable experience for the band themselves that they will take with them for the rest of their lives.

“I don’t think we really knew who we wanted to be at the start of the album besides a little more alternative,” concludes Mikaila. “But I feel like now on this album, we have so many places to go next. We have room to grow.”

Listen to Yours Truly’s debut album Self Care, out now on all major streaming platforms.