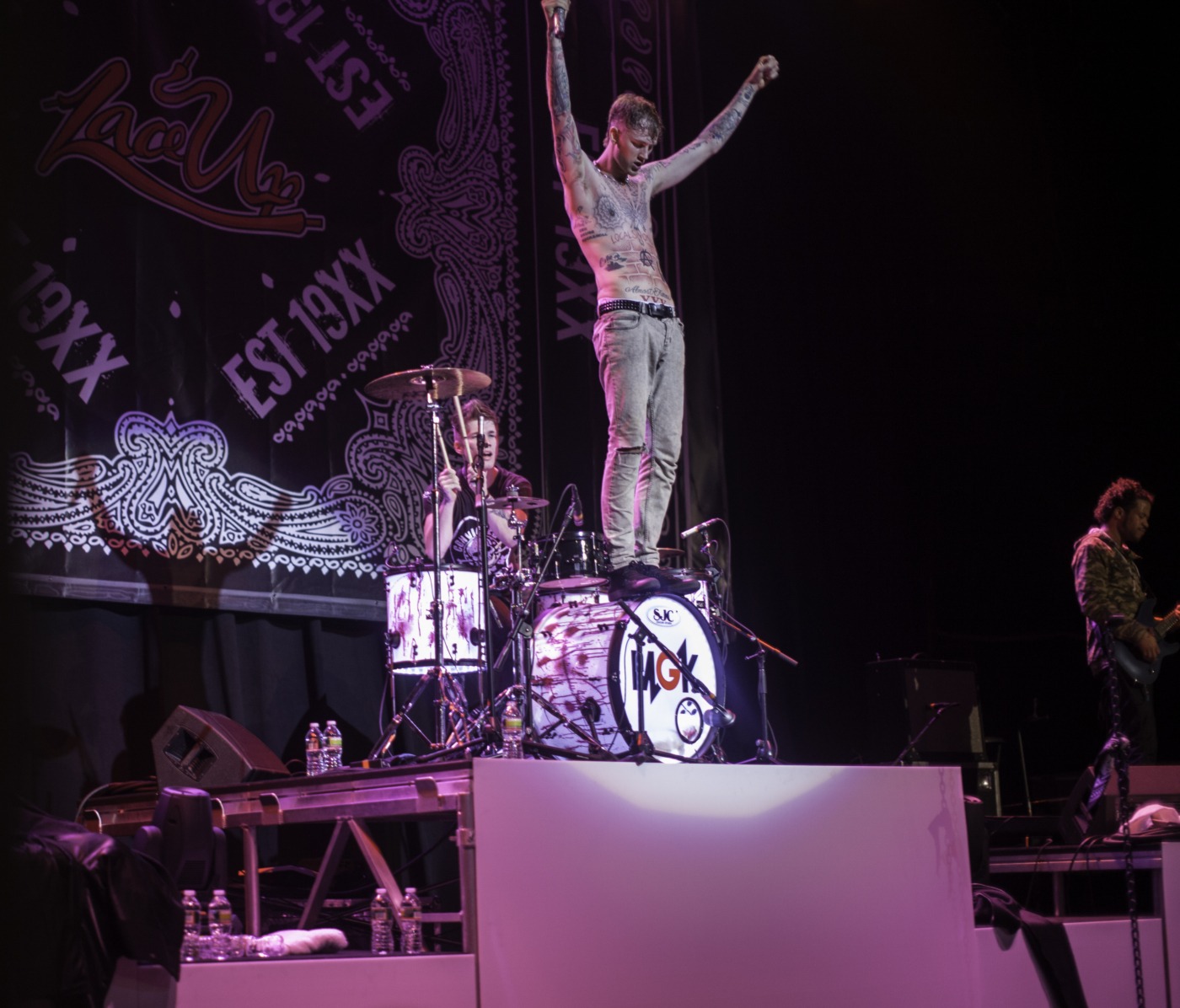 It’s no secret that pop-punk has seen better days. While rock is consistently outsold by hip-hop, pop-punk has become caught in a web of its own nostalgia, constantly glancing at its heyday in the rear-view mirror. Tickets to My Downfall offers a new angle on how the genre could sound. All it took was an emotionally charged rapper, Machine Gun Kelly, to team up with a pop-punk legend, producer and drummer, Travis Barker.

Colson Baker, more commonly known as Machine Gun Kelly, began his music career in 2006, releasing his first mixtape Stamp of Approval. Inspired by the likes of Eminem and DMX, the rapper began to gain a following and released his first-ever single ‘Alice in Wonderland’ in 2010 and his first album in 2012 Lace Up. His music has always been very deep and personal, even previously given the title “the next Eminem” – perhaps ironically now.

For his fifth studio album, MGK has taken a leap and moved away from emotive rap to create an entirely pop-punk album. While sonically they are very different genres, they both rely on meaningful lyricism and relatable angst to connect to their audiences. The genre sidestep would not have been possible without Blink 182’s Travis Barker laying down drums and producing the album.

The atmosphere of 00s pop-punk is prevalent throughout the album. Simple chord progressions and ear-worm riffs? Check. Refusing to grow up and hometown frustration? Check. Longing love songs and emotional vulnerability? Check. All key components for a classic pop-punk album. Although Tickets to My Downfall stays true to the pop-punk of old, MGK clearly makes it his own. His gritty vocals don’t necessarily lend themselves to bare-knuckled, distorted punk. However, by leaning towards a heavily produced, more palatable sound, MGK fits in perfectly. This new take pulls pop-punk into this decade, satisfying a punk shaped hole in the hearts of modern emos everywhere.

MGK is no stranger to collaboration. This album is no exception, with appearances from Trippie Redd, Blackbear, Iann Dior and even Halsey. Halsey appears on the track ‘forget me too’, a high tempo break-up song in the form of a more conventional punk track. Halsey adds so much to this song, playing the other half of the failed relationship, echoing the anger and frustration felt by both parties. Certainly an anthem for a disagreeable but mutual separation, “You want me to forget you, I’ll forget you too”. In other features, such as that with Iann Dior, a Puerto Rican-American emo-based rapper-singer, is where you hear the more modernised pop-punk style with electronic drums and a more intrusive level of production.

On Tickets To My Downfall, you get fast, mosh-worthy tracks,  such as ’WWII’ and ‘title track’, which, despite the rather misleading, meta title, is a single-worthy track. As well as songs to dance in your bedroom to including ‘drunk face’, ‘bloody valentine’ and ‘my ex’s best friend’ ft blackbear. However what stays with you the most are the two final tracks on the album. ’banyan tree – interlude’ incorporates a tender exchange between MGK and his girlfriend, actor Megan Fox, while ‘play this when I’m gone’ sees MGK go deep, telling the person he loves to remember him when he’s gone and that it’s okay to be sad. MGK’s open diary honesty about love, loss and mental health really resonates in the song. It’s a moving and unforgettable conclusion with a very different tone to the rest of the album.

MGK’s own personal spin on pop-punk is a fresh take on the genre and proves that it still has more to offer. Coming away from rap has lead him to find a new sound which nobody expected he could pull off quite so well. It goes to show MGK is just doing whatever the hell he wants, regardless of outside opinion. Having created a scene defining punk record, rocketing him to pop-punk stardom, he has definitely earned the right to do so. 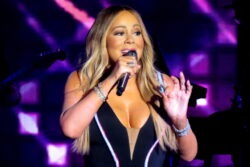 Mariah Carey reclaims her discography on ‘The Rarities’