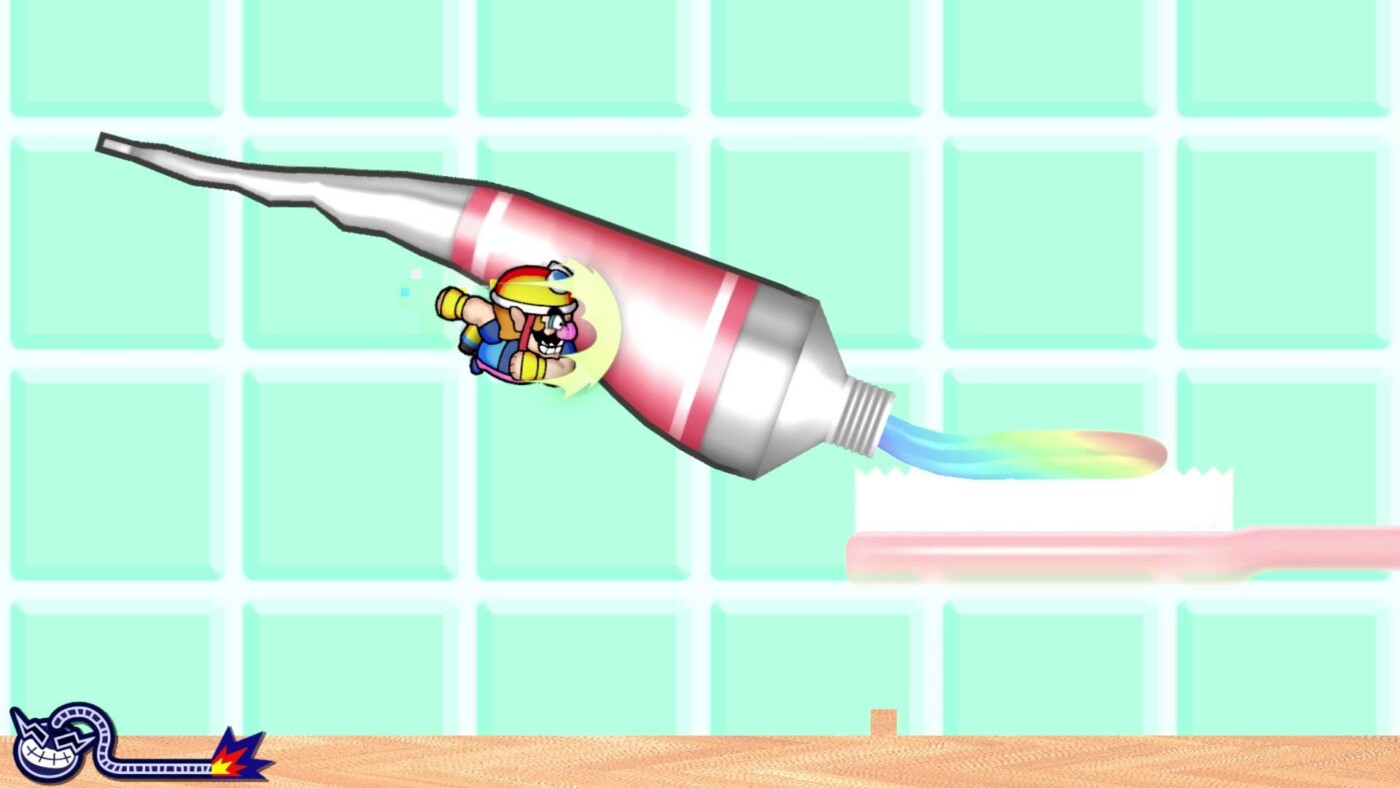 Wario’s microgame factory has produced a lot of few-second games in its time, and most of them have been very well received. Since the release of the first WarioWare in 2003, there have been nine instalments in which the fat Italian and his friends has undergone the microgame experience, resulting in one of Nintendo’s wackiest franchises. Here’s a run-through the WarioWare series – a look at its highs, lows and its weirdest notes.

As I detailed in my Concept to Console piece on the first game, Mega Microgames!, Nintendo was unsure how to market it because it was so different from anything that had come before. Shigeru Miyamoto greenlit a marketing campaign that downplayed the game’s name in favour of the slogan “More! Shorter! Faster!”, which described the microgames. It worked, with the game becoming a commercial and critical success upon its release in early 2003 – reviewers praised the game for its originality and replayability, with Edge writing that “almost every minigame is a masterclass in how to instantly captivate with clear goals and a captivating alchemy of sound, image and control”.

It was so successful, Satoru Iwata greenlit a kind of remake, Mega Party Games!, intended for the GameCube and based on multiplayer. It was developed in six months and released later the same year, with reviewer liking the multiplayer but disliking the fact it was essentially the same game twice. Regardless, Nintendo knew that it had a good thing on its hands – engaging and fresh games, and so it put two sequels into development.

These games, Twisted! and Touched!, both came out in 2004, for the Game Boy Advance and the DS respectively – the team was essentially split in half to build the two games. The former employs a small gyro within the cartridge itself to detect the rotation of the console, resulting in motion-controlled microgames. The novelty worked wonders and it received more positive critical reception, with Craig Harris of IGN calling Twisted! the best GBA game of all time. Touched!, meanwhile, used the DS touch screen and the microphone to control proceedings – it sold well, but critics were a little more mixed, with some disliking the control scheme and brevity.

Whenever Nintendo’s next console comes, expect Wario to make an appearance in multiple few-second bursts

Wario took a year off, and returned with the Nintendo Wii in 2006 with Smooth Moves. It used motion controls, of course, but also had the player hold and manipulate the remote in a number of unexpected ways – it’s a game perfectly built for the Wii’s unique controls, and that showed in the glowing reviews. A piece in the Official Nintendo Magazine said, off the back of this game, Wario should “now take his place alongside Mario and Link as a true Nintendo great”. The comments were familiar – great fun, inventiveness, a cracking art style and (increasingly) too short.

It would be 2008 when the series’ first dud came along, in the form of Snapped! for the DSi’s DSiWare. The gimmick this time was that you use the console’s camera to control the action, but it just doesn’t work well enough – it’s difficult to get the right lighting, and the camera struggles to respond to your movements. The brevity issue felt a lot worse when it was a pain to even control those few games. A GameSpot review gave it four out of 10, and you could get better value elsewhere on the DSiWare shop. The series did redeem itself, though, with a D.I.Y. instalment the following year, a fun game that let the player make their own microgames.

After that, the releases came few and far between. Game & Wario was released on the Wii U in 2013, with some changes to the formula – there were only 16 games, and they were much longer. Some of them are great fun, but there are too many weak ones among the selection, and it’s noticeable. Although the art style retains its charm, there’s really not too much to do here, and even as a budget title, the game feels much emptier than it should. It sold moderately, but an emblematic GameSpot review noted that it was “too uneven and frustrating to wholly recommend”.

Gold, a compilation game for the 3DS, came out in 2018, and was generally well received – it offered around 300 familiar microgames and a few extra goodies, and that was all fans needed. But the last game, a genuinely new one, came in the Switch’s 2021 title Get It Together!. The format is the same, with the unique gimmick this time being that Wario and his friends are sucked into the microgames and must compete in them. The broadly positive reviews were back, impressed that the franchise was still sticking to the same formula and making it as fresh as ever. Whenever Nintendo’s next console comes, expect Wario to make an appearance in multiple few-second bursts.