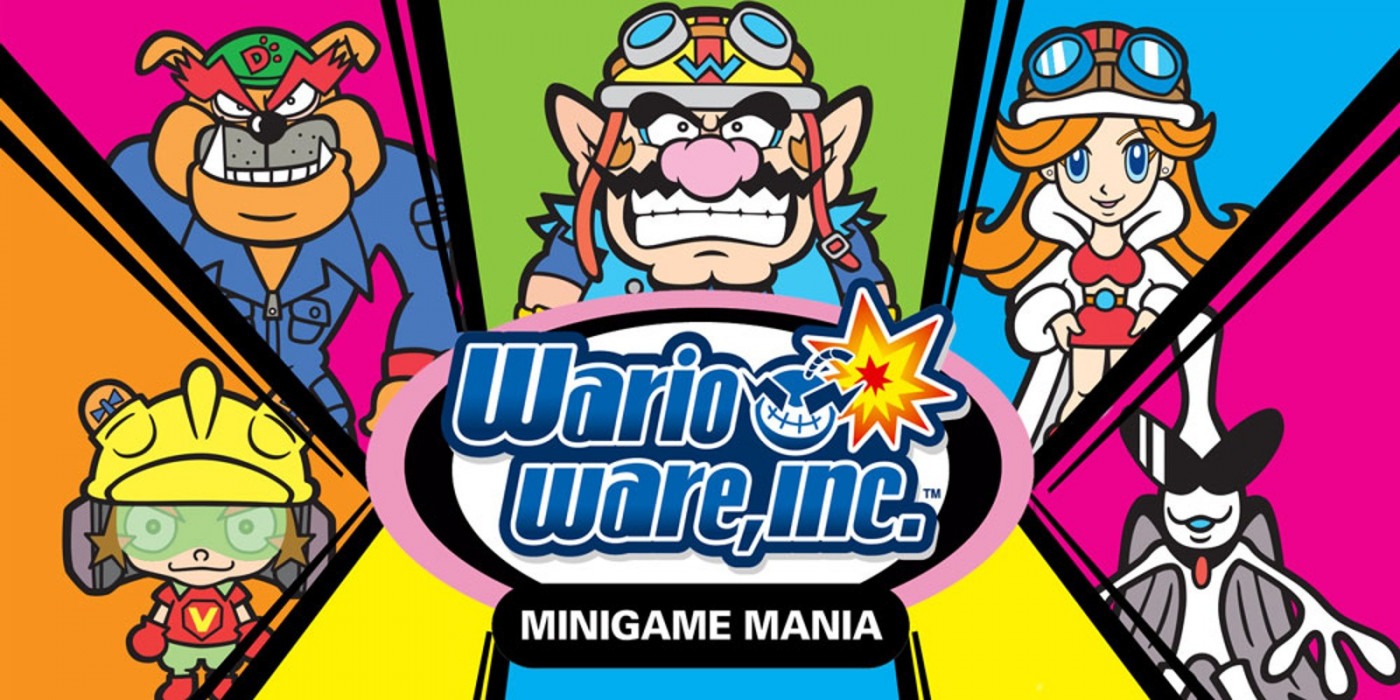 Concept to Console: the micro-history of ‘WarioWare’

Mario boasts a famous stock of supporting characters, many of whom have seen adventures in different series. Luigi explores his mansions, Yoshi looks after babies on his islands and undergoes all manner of crafting experiences – each Peach got a solo game. But few characters have such a varied back catalogue as Wario. Since his introduction in the 1992 Game Boy game Super Mario Land 2: 6 Golden Coins, he’s been on a selection of greed-motivated adventures and opened his own microgame factory. And it’s to that franchise we look today, and I explore the history of WarioWare and see how second-long experiences and Wario became fundamentally connected.

Just as Wario’s story began with Mario, WarioWare’s story is linked to a Mario game – specifically, 1992’s Mario Paint on the SNES. Development team Nintendo R&D1 had built a game that enabled you to draw things on your TV, but in order to add further value to the package, they included some extra features, most influential of which would be a fly-swatting minigame. In Mario Paint’s successor, Polygon Studio, there was a mode called ‘Sound Bomber’, inspiring by the first minigame, in which players completed a series of rapid-fire microgames. There were eight in total, and their influence on the later series was clear.

Members of the team saw the potential for a game based around microgames, and so they worked on a new project in secret. They made a wall of post-it notes, jotting down ideas for potential games, and the process soon became an open secret – other employees would write down their own ideas and sneak them into the department. A number of the games were cut, due to being too obscure, obscene, difficult to understand, or too specifically Japanese, but eventually they had enough games to present to senior management. According to some reports, there were around 300 proposed games, of which a third made the final cut.

There was one snag – the team needed a face for the game, but who could it be? They eventually settled on Wario as the protagonist because, according to Yoshio Sakamoto, he “is always doing stupid things and is really idiotic”. He also noted that “we got the idea of using Wario and the other characters because we couldn’t think of anyone else who would be best for the role”.

When it was pitched, the reaction was a simple one. Sakamoto described his manager’s reaction: “He didn’t seem surprised, he just said ‘okay’ and we started to work on the game again. We thought that we had this great idea for a game and that it would be completed no matter what!” The team got to a work, and a competition of sorts emerged between them – everyone wanted to make the funniest, strangest game. A series hallmark also appeared at this stage – a unique art style, as each programmer worked on their own graphics for the game. The overall style of Wario, his friends and the framing game were consistent, but otherwise, the game is brimming with individuality in each of the few-second microgames.

Nintendo faced one last issue with the first WarioWare – how do you market something so unlike any other game? Although we’re used to it now, the concept of selling microgames then was a tough one – yet Shigeru Miyamoto thought it would work, greenlighting the Japanese slogan “More! Shorter! Faster!” and having it in larger font than the game’s title. Suffice to say, it worked – the game was released on the Game Boy Advance in Japan in March 2003, and its smash success immediately had Nintendo thinking about the future of the franchise. As for what shape that future would take, I explore it in another article.