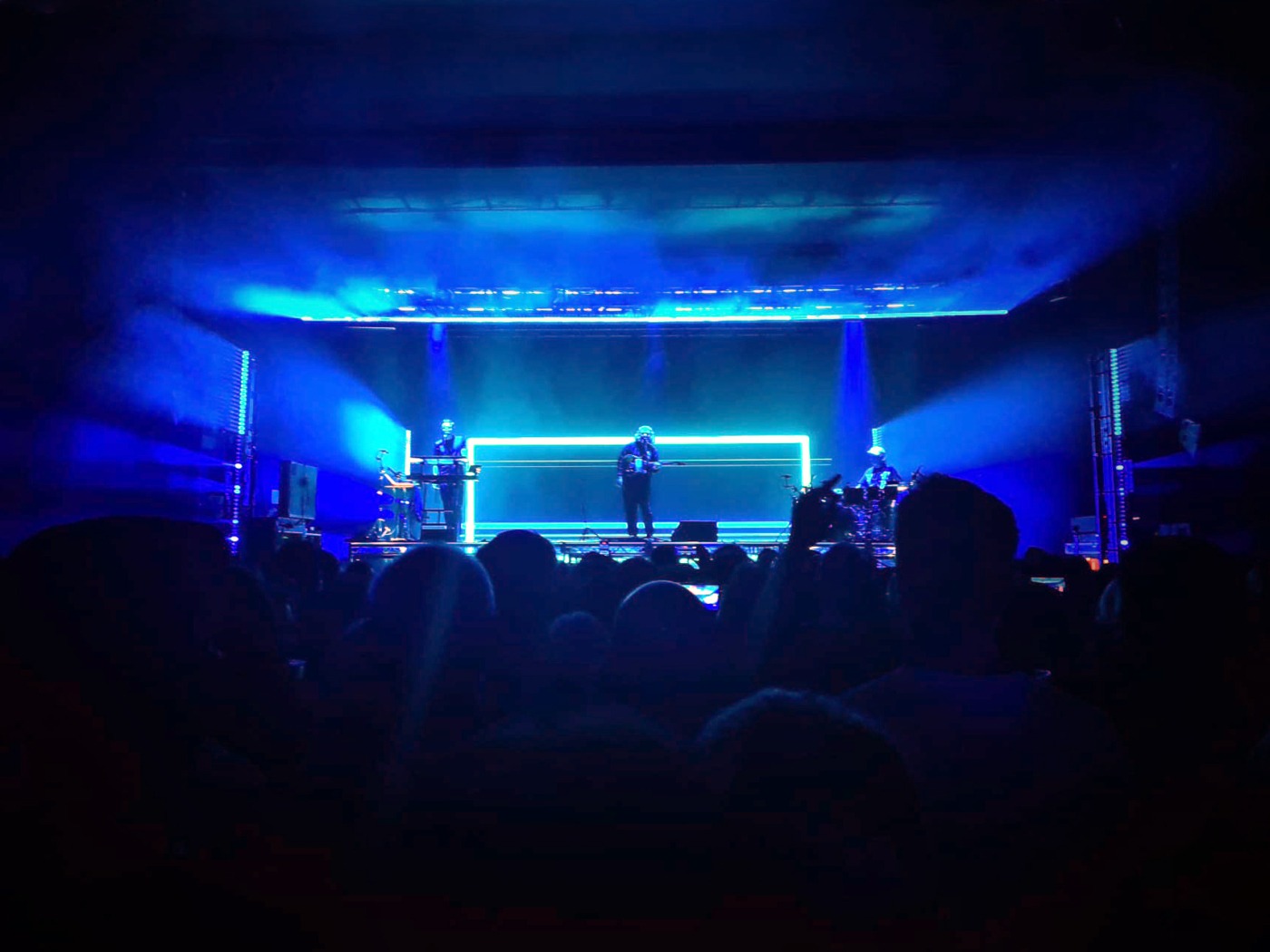 Alt-J live review: a night of excitement, vigour, and of course, music

The last time I saw alt-J live was in 2017 at an intimate gig hosted by Banquet Records in Kingston. They were touring to promote their third studio album, Relaxer, and I had barely listened to a handful of their songs at the time. I expected nothing and came out of that concert blown away.

Some five years later, I’ve listened to their entire discography, and I had my eye on tickets for The Dream tour as soon as it was announced. From the dribbling out of singles ‘U&Me’, ‘Get Better’, ‘Hard Drive Gold’ and ‘The Actor’, my anticipation for the album grew. And when The Dream finally dropped, I wasn’t disappointed. So as I waited in line at the O2 Academy, Birmingham, I was tingling with excitement.

The crowd were equally excited: people sang lyrics from ‘Breezeblocks’ as the queue filtered inside, and the standing pit filled up slowly. Nobody pushed or shoved — concert etiquette was well adhered to here. Couples drank and others lazily swayed with one another as the opening act, Wilderado, came onto the stage. Though the audience was absent from singing along to the lyrics in the support, people cheered good-naturedly all the same. The lead singer of Wilderado, Max Rainer, spoke on “how emotional” it was, as the Birmingham show was the last of the tour. At this, the crowd let out a more energetic whoop — there was an unspoken agreement between everyone that this would be the best show, for not only us but for the performers too.

By the time it is ready for alt-J to perform, the crowd is tense. The lights go down and then screams echo through the venue as the musicians come out. Then, with flickering lights behind them, on a screen were candles. ‘Bane’ is the opening song, and though this is one I often skip, the sound of a Coke can being cracked open at the beginning of the song’s studio recording is a clear signal that the concert is just beginning.

But, of course, the real fun was the songs themselves. The crowd were immaculate — singing along to the tongue-twisters of barely decipherable lyrics absolutely perfectly. The band made the right choice in the mix of songs from every album, starting with The Dream’s (2022) ‘Bane’ and jumping back to ‘Every Other Freckle’ from This is All Yours (2014), and then jumping again to ‘In Cold Blood’ from Relaxer (2017) before going back again to the first album, An Awesome Wave (2012), with ‘Taro’. Every person’s favourite album was catered for.

Personally, I have to mention the performance of ‘Deadcrush’ as my favourite song. Standing at the back of the pit, leaning against the railings where the sound control systems were, the feeling of the bass rumbling through the body could only be described as a religious experience. This song thrives when played live, which makes returning to the song after the concert feel almost underwhelming.

It’s clear that all of the members of alt-J are not tired of performing songs from the first album. The vigour with which ‘Fitzpleasure’ was sung infected the crowd, and when lead singer Joe Newman let the crowd take the lead in singing the chorus, he teared up. It is clear that An Awesome Wave means as much to the band as it does to their fans. Moving on to ‘Matilda’, the crowd took the lead again with the lyrics, chanting “this is for Matilda” in a chorus that brought everyone together.

The encore was expected — and the final song of the night was announced by Gus Unger-Hamilton, the band’s keyboardist. “All good things must come to an end… with ‘Breezeblocks’”. Saying this, the crowd erupted once more as the entire O2 Academy sang with the band. Hands waved in the air like snakes, and once more, Newman let the crowd take the lead as the chorus devolved into the double choral ending of “Please don’t go / I’ll eat you whole” and “I love you so, I love you so”.

Alt-J are not a disappointment live; with every song being beloved for its own unique reason, no song in the setlist felt as though it was wasted there. The crowd were wonderfully in-sync, singing and swaying together so that the experience felt as though it was truly communal. A lot of the songs flourish the best when sung live. I hope to do it all over again when they next go on tour (though hopefully, I won’t have to wait five more years for that!).