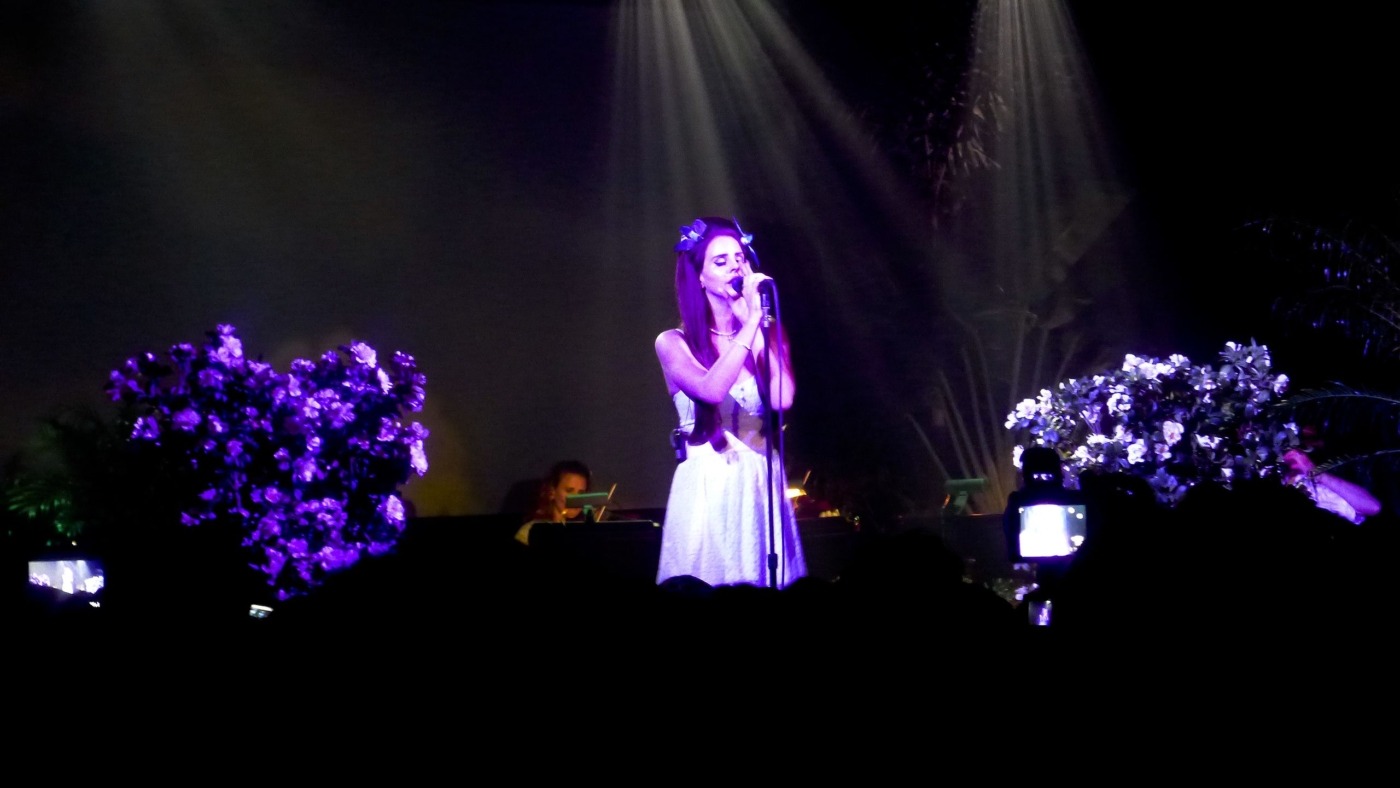 “And if this is the end, I want a boyfriend/someone to eat ice cream with and watch television,” sings Lana Del Rey on ‘Black Bathing Suit’, a song on her latest album Blue Banisters. This lyric captures the essence of her seventh album: it is an honest reflection of her life during the COVID pandemic. After the global pop star deactivated her social media in September 2021 – leaving only an album announcement – fans were unsure of what to expect. Following her perhaps disappointing Chemtrails over the Country Club, Blue Banisters is a return to form for the artist.

She is capable of more than the delicate, breathy vocals she is renowned for

Her latest project is ambitious, and a much-needed departure from the repetitive – yet consistently good – sombre piano ballads that characterised Chemtrails. Not only is it thematically different, but sonically too. Her collaboration with Miles Kane on ‘Dealer’ serves as testimony to this. Her Fiona Apple-inspired wails as she sings, “I don’t wanna live / I don’t wanna give you nothing,” are nothing if not powerful. And more importantly, they prove she is capable of more than the delicate, breathy vocals she is renowned for. More importantly, it feels like the singer admits where her strengths lie – abandoning the weak and whispery vocals of ‘White Dress,’ the opening track to Chemtrails. And perhaps this introduction of new collaborators is exactly what she needed. Chemtrails was tainted by producer Jack Antonoff’s distinctive sound, rendering it a victim of his excellent – but often repetitive – production. The result is an album that feels both familiar and fresh.

Lana Del Rey’s sonic departure is most present on ‘Interlude: Trio,’ perhaps her most ambitious song to date. The song is a combination of the soundtrack of The Good, The Bad and The Ugly and trap and hip-hop beats. It is refreshing, dark, and adventurous. It is such an unexpected and original track it deserves more than being branded as an “interlude”. But despite this departure from her signature sound, Blue Banisters is still, in essence, a quintessential Lana Del Rey album.

Where the album falls short, perhaps, is in its lyricism. In her previous work, she played the submissive 1950s art deco Daisy Buchanan-esque character, but on Blue Banisters Lana Del Rey chooses to “tell [her] story”. What made her older lyrics so appealing was her evident self-awareness in playing a character. But the removal of this mask on Blue Banisters paradoxically makes her seem shallow. On ‘Textbook’, she sings “there we were, screamin’ “Black Lives Matter” in the crowd”. But with her recent allegations of racism, this lyric feels performative, a cheap attempt to brush off these allegations and pander to her audience. She then follows this with lyrics on daddy issues, unrequited love, and vintage cars. The result? A shallow, watered-down excuse for representation and activism.

But despite her often-questionable lyrics, there is something about her that makes her fanbase keep coming back. And that je ne sais quois is her melodies. They are delicate, catchy, smooth, well-produced, and soothing – all the elements that make you keep you coming back and wanting more. And paired with her outstanding voice and her widespread popularity, Lana Del Rey has all the necessary elements that establish her as a significant player in the contemporary pop landscape.

In the short time since its release, Blue Banisters has powerfully asserted itself as one of the strongest assets in Lana Del Rey’s discography. It is no exaggeration to say that some songs, such as ‘Arcadia’ and ‘Violets for Roses’, would blend seamlessly with songs on Norman Fucking Rockwell, the album many believe to be her magnum opus. It also signposts the way for the brightness of her future. And after being robbed of the Record of the Year award at the 2019 Grammys for Norman, Blue Banisters proves that Lana Del Rey still has the potential to someday win this elusive award.