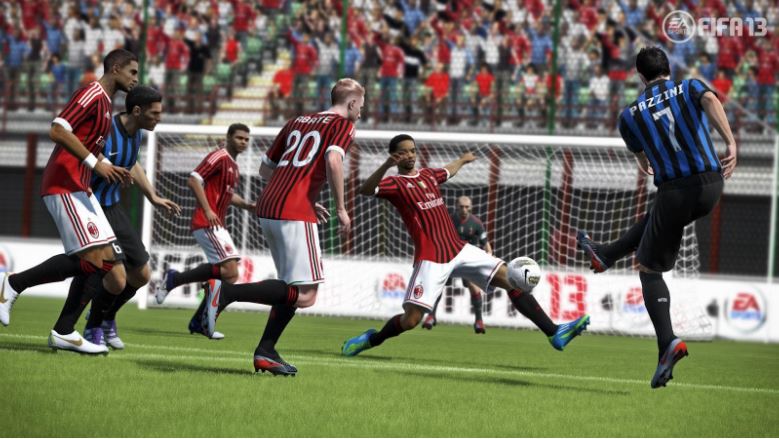 A celebration of my youth: top five FIFA soundtracks

Believe it or not I used to be a hardcore gamer! I started very early (age 5) – being the baby in my family, my brother, and I played so many games from PS1 classics like Crash Bandicoot to the seventh generation console’s most stellar games like Assassin’s Creed 2. I really came into my own with the Playstation 2 — that’s when my games collection was at its largest and it included many of little Keith’s obsessions (I’m probably the only guy who’s owned Spongebob Squarepants: Battle for Bikini Bottom).

Football always has a place in my heart (and baby Keith loved his football games). For much of my childhood I rated PES – admittedly PES 6 on PSP is probably the best football game I’ve ever experienced. FIFA became my main video game as I grew up: with secondary school and puberty in full swing, FIFA became the only game I bothered purchasing thanks to its popularity and accessibility (and my relative high skill).

This list aims to celebrate not only the best music-selection decisions EA has made but also my youth.

This brings me to this list. Football and its games profoundly influenced me, particularly regarding the formation of my musical tastes. Whenever I played FIFA, I undoubtedly registered the music that accompanied me on the menu screens – I remember listening to FIFA 13’s prospective soundtrack in the lead up of the game’s release! This list aims to celebrate not only the best music-selection decisions EA has made but also my youth. As a heads up, no FIFAs after FIFA 17 were considered. Why? Because 1) at this point I developed priorities and 2) the game became trash. Straight trash.

With that established, here are the five best FIFA soundtracks.

FIFA 15 was probably the peak of my online gaming: KeithGamer2000 was always raring to go for a pro-clubs session with the boys in the evenings after school. The soundtrack of this edition has some bangers. Kasabian (who are stalwarts of the FIFA soundtrack) with their string-laden rouser in ‘Stevie’, Foster the People with their unapologetically poppy ‘Are You Who You Want to Be?’, and probably the crown jewel for those with an indie heart with ‘Cocoon’ by Catfish and the Bottlemen. Not to mention the underrated stunners like the melodic, harmonious ‘We Are Done’ by the Madden Brothers. Yes, FIFA 15’s menu screen wasn’t a bad place to be at all.

Ah, the days of Wazza and Ronaldinho gracing the cover of FIFA are probably the days I’d loved FIFA the most. FIFA 09’s soundtrack is chock-full of delights, both from renowned and lesser-known artists. Admittedly, I have stronger memories of hearing the catchy, indignant refrain “don’t mess my holiday” off of CSS’s ‘Jager Yoga’ than the famous MGMT’s ‘Kids’, but that’s a testament of the sheer quality of this soundtrack. Duffy’s ‘Mercy’ is unmistakable, The Heavy’s rock-soul fusion ‘That Kind of Man’ is a true grower, and the twelves remix of Black Kids’ ‘I’m Not Gonna Teach…’ is an undisputed jam.

Recommended track: The Kooks – ‘Always Where I Need to Be’

FIFA 12 is probably the most significant edition EA has ever produced. This release saw the explosion of FIFA YouTube, with British YouTubers like KSI at the heart of it.  KSI’s Road to Division 1 still remains one of the most inventive, hilarious, and ambitious projects YouTube has to offer. FIFA 12 unequivocally propelled the British YouTube space, as KSI and the Sidemen wouldn’t have developed without it – and their influence on British YouTube is undeniable. Its soundtrack is just sheer starpower: Kasabian’s ‘Switchblade Smiles’ off their best LP Velociraptor, The Strokes’ ‘Machu Picchu’ off their best album since their debut in Angles, and Portugal. The Man’s ‘Got It All’ off their major-label debut project. It’s inevitable FIFA 12 has a place on this list.

Recommended track: TV on the Radio – ‘Will Do’

This FIFA was the first one I fell in love with – I remember drawing the cover of it because I was so enamoured with it. Whenever I revisit the chimed, indie guitar intro to Apartment’s ‘Fall Into Place,’ I feel like welling up. To me, this soundtrack is perfectly tuned – nice touches of indie (Peter, Bjorn, and John’s ‘Young Folks’), great flavours of pop (The Hoosiers’ ‘Goodbye Mr. A’), and tasteful dashes of electronica (Digitalism’s ‘Pogo’). This may always be my favourite FIFA soundtrack.

I remember buying this on Christmas of 2010, and then my brother demolished me 10-3 with aplomb as soon as we got home. I was upset to say the least. But the longer I played, the better I got – and soon I realised this had to be the best collection of songs EA has ever compiled for their flagship sports game. Littered with tunes, bops, and bangers from established names (Gorillaz, LCD Soundsystem, The Black Keys) and unknown quantities (Malachai, Howl, Ram Di Dam). This is where I first heard MGMT’s ‘Flash Delirium’ which I loved (and still really like), sowing the seed for my eventual love for their opus Congratulations a decade later. FIFA 11’s set of songs are truly superb.