It’s no secret that relations between men and women have never been more fractured. Extreme incidents such as the Sarah Everard tragedy and the rise in spiking have highlighted common issues between men and women regarding safety, consent, and accountability. Romantically, I have found that achieving genuine success through online dating is proving increasingly elusive, and loneliness is becoming more pervasive. Increasingly men and women are remaining single well into adulthood and I’m losing count of the amount of ‘WarwickLove’s expressing the sense of isolation among students.

But this isn’t to say that people aren’t trying to establish intimate relationships: sex, love, and affection are enduring primal needs. Yet it’s clear that the dating marketplace has become stagnant, leaving a stench few can ignore.

In this article, I aim to raise awareness of pornography’s role in fragmenting male-female relationships. Of course, there are many factors that affect relationships between men and women (such as career choices or financial circumstances), but pornography has a sinister influence that seemingly few have outwardly expressed.

Studies have shown that men consume pornography much more than women

Recently, singer Billie Eilish expressed how she was devastated by her exposure to pornography at 11 years-old, citing how its ‘violent and abusive’ depictions negatively affected her early sexual relationships. I think Eilish’s comments prompt us to examine afresh the impact of pornography.

Having been first exposed to pornography at eight years-old myself, and now coming to a point where I can see the benefits of abstaining from it, I think it is essential to explore pornography’s contribution to the romantic problems men and women face. I’ll be referencing both my personal experiences and observations, and the studies, data, and perspectives of those who’ve researched and reflected upon pornography’s social impacts.

Before I begin, I want to clarify that I’m talking mostly about the male experience: firstly, I’m a guy and unaware about the female experience regarding pornography. Secondly, pornography seems to overwhelmingly impact men – studies have shown that men consume pornography much more than women. Hence, this article is from a heterosexual male perspective, primarily concerning men and their attitudes towards women.

This, unsurprisingly, has been linked to the incel phenomenon

Pornography hijacks the fundamental male necessity to seek out a mate: scientists have studied how pornography strongly activates the brain’s reward centres, which are the same centres that are engaged in moments of pleasure associated with goal achievement. This can partly explain the prevalence of loneliness. Pornography tricks the brain into thinking the man has successfully procreated, potentially meaning the impetus a man may have to establish connections or develop interests with real women is compromised.

This partially explains the misogyny found in the incel community: many forums permeate ideas that women are being inherently promiscuous and manipulative, only desiring successful men who are sexually proficient. These ideas reflect the relationships between the men and women they’ve seen on screen: as MJ emphasises, there have been posts about whether incels could even “get it up” for real women on boards such as Incel.me, highlighting their detachment.

Expectations around your partner’s sexual performance may be distorted

Pornography affects how men interact with women too. From my experience, watching pornography consistently can make it easy to view an interaction with a woman as a mere conduit to sex. Or, since any drive has been eradicated, you can fall into a passivity- unable to escalate or be flirtatious, you disengage from any potential romantic interest. This can colour interactions with women with shades of creepiness or overfriendliness, resulting in romance left wanting.

If we accept that pornography can be many’s first exposure to intimacy between men and women, then it can be assumed that it could lead to damaging assumptions being formed about intimate relationships- for example, that relationships are all about sex. Expectations around your partner’s sexual performance may be distorted, the intangibles of a relationship may be neglected (like time and trust), and it can make you think that your partner’s value hinges on their sexual prowess.

Now it’s not to say sex isn’t important at all, but pornography’s influence can lead people to forfeit potential fulfilling relationships due to their high sexual standards. Plus, as Eilish’s comments allude to, it can facilitate sexually abusive relationships, as newspapers like The Guardian have discussed concerning cases of fatal choking and overly-rough sex. This can foster distrust between men and women in a sexual context.

Pornography clearly encourages sexual anxiety regarding performance and appearance. Its harmful presentation of sex and bodies can manifest in unrealistic desires surrounding penis size, female body types, and the duration of the act. Though amplified by social media and entertainment, these concerns especially impact men and women’s mental health and self-image. For me, it resulted in immense anxiety around how a woman may judge my body.

As someone who’s reducing their exposure to pornography, and experiencing some of the rewards of focusing on self-improvement with the time saved (improved self-esteem, productivity, and better interactions with women), I can’t stress enough how destructive pornography can be. This article’s aim is to shed light on the significance of pornography’s role in fragmenting romantic relations between men and women. Before you watch pornography again, just consider how it may deplete your self-esteem, warp your sexual expectations of people, and rob you of fulfilling relationships. Weaning off it may be a crucial step in repairing relationships between men and women. 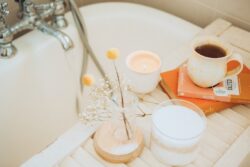 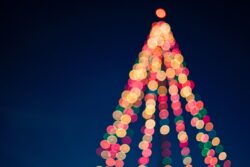 How to deal with the holiday blues 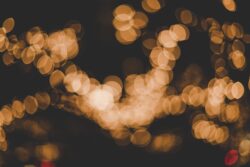