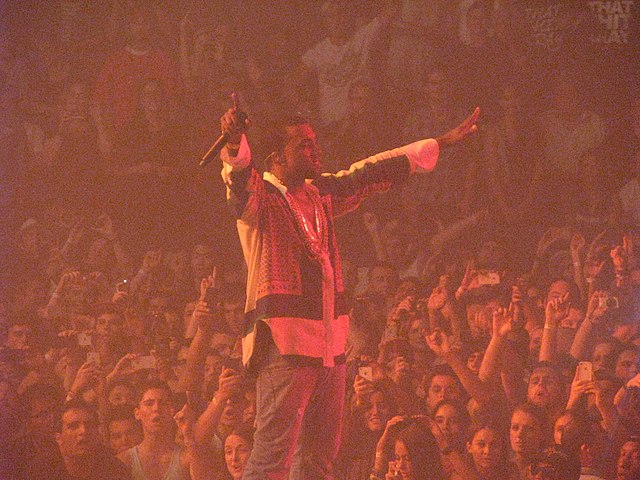 At its simplest, Donda is about losing. Kanye West does not like losing. However, the album demonstrates he has come to the painful and humbling realisation that even the biggest winners lose.

The introduction, ‘Donda Chant’, is just his mother’s name, Donda, eerily repeated for 52 seconds, to represent her last heartbeats before dying in surgery. Despite this introduction, the album is not necessarily a direct tribute to his mother, but more a reflection of the absence left following the loss of someone so close. This is what makes the album so malleable for each listener. Like everyone else, West has experienced loss.

‘Jail’ follows, beginning with the line “Take what you want, take everything”. Within the first minute of the album West has lost his mother and now his marriage with Kim Kardashian. When his mother died, he coped badly, but he is now no longer with his wife and he won’t make the same mistake. This is reflected in his reunion with old friend Jay-Z. The pair, who famously drifted apart in the 2010s, have reunited.

However, the Republican elephant in the room clearly lingers. Jay-Z says he “told him, ‘Stop all of that red cap, we goin’ home.’” This “red cap” is a double entendre, on the one hand referring to West’s bizarre support for former President Donald Trump. On the other, “cap”, meaning lie, suggesting it was fake support.

West’s relationship with Trump was ambiguous. Some believe West formed the friendship solely to try and gain presidential pardons, including for Larry Hoover, the founder of South-Chicago gang The Gangster’s Disciples. Hoover is currently serving six life sentences. ‘Jesus Lord’ features a recorded voice message from Hoover’s son thanking West for “taking the fight for my father to the Oval Office”. Hoover Jr. speaks of his father’s void in the community and how his incarceration has metaphorically imprisoned his whole family.

‘Jesus Lord’ is a deeply personal revelation of West’s struggles to cope with the hole left by his mother’s absence. “It’s just drugs, it ain’t no hugs,” he sings, and “Suicidal thoughts got you wonderin’ what’s up there.”

A void left by the absence of someone close echoes throughout. Vory’s sorrowful melody on ‘Jonah’ is dedicated to his close friend Jonah Ware, who was killed: “I hope you’re here when I need the demons to be gone / And it’s not fair that I had to fight ’em all on my own.” Following the death of his mother, West may have felt he also had to fight the demons on his own.

This concept of an empty presence is explored further in ‘Tell The Vision’. West remixes a distorted version of Pop Smoke’s verse from his posthumously released song of the same name over an isolated piano instrumental. A haunting aura evokes a feeling of what could have been had he not been killed at just 20 last year.

The selection of features for the album has been the most justified and prominent criticism of Donda with some of the artists having been in jail or having pending cases against them. One of these artists is Marilyn Manson, who has been accused of a number of sexual assaults. Manson’s appearance on ‘Jail Part 2’ is disappointing regardless of whether his miniscule cameo improved the original ‘Jail’ or not. What does it say to victims of sexual abuse when Manson is given this platform?

With the exception of Manson, it is possible to see the reasons for why West selected his features even if they have gang affiliations. Donda is not about violence or crime as some of these specific artists have built their music on, but rather details how the lack of opportunity led them to “turn to a lil’ Gotti” and the impact of the deaths of those closest to them. He is offering them a chance to be reborn through God and music.

‘Off The Grid’ is the album’s standout hit featuring Playboi Carti and an exceptional verse from Fivio Foreign. The song’s UK drill beat is tailor-made for Fivio Foreign, who has risen to fame rapidly following his feature on UK rapper Tion Wayne’s ‘Body (Remix)’. This success has arrived since being released from prison three months after being arrested on gun charges.

But Kanye West will not be overshadowed. West’s verse demonstrated his ability and range as a rapper to perform even on a wildly different beat. West raps, “I just bought a flow out of Selfridges,” proving he can even produce a high-brow UK flow in one of his best rap verses in years.

West has shed the hard, non-smiling and often crass exterior many came to hate to reveal the hole left by the loss of his mother

There is a clear evolution in West’s discography from the ‘Flashing Lights’ in Graduation to an acceptance of ‘No More Parties in LA’ in The Life of Pablo to now going ‘Off The Grid’. Donda marks the end of an era in many ways. ‘Off The Grid’ marks the final acceptance that he can no longer live in the limelight. West leaving LA and quitting social media in the last year is explained in the record as a decision made “for my kids” in a final escape from the limelight and to find peace.

The pursuit of happiness is a theme West and Kid Cudi have shared throughout their careers. Their collaborative album Kids See Ghosts desribed their dreams of being ‘Reborn’, and they collaborated again on Donda with ‘Moon’. The record begins with the dreamlike and mellow vocals of Don Toliver before an electric guitar is introduced, and this creates a feeling of ascension. Cudi, West and Toliver’s shared chorus takes the listener on an enchanting journey “to the Moon.”

One way in which West suggests he might find this inner peace is through abandonment of the glitz and glam. In the upbeat ‘Believe What I Say’, sampling Lauryn Hill’s ‘Doo Wop’, West warns “Don’t let the lifestyle drag you down.” This sentiment is repeated in ‘Pure Souls’. Roddy Ricch’s playful vocals sing, “the truth is only what you get away with,” targeting those hiding behind a façade of wealth. West sees this attraction to sin as something he was regrettably guilty of; he is no longer seduced by the ‘Devil in a New Dress’ of My Beautiful Dark Twisted Fantasy.

‘Pure Souls’ takes aim at Drake. Drake and West have been engaged in a musical cold war which recently led to the former releasing his Certified Lover Boy album one week after Donda. On ‘Ok, Ok’ West rephrases Drake’s bar “Seen ‘em in person, I’m seein’ a ghost” from ‘Behind Barz’ to “See me in person, I look like a ghost.” This is followed by “You wanna come in and play with the GOAT.” West is calling himself the greatest of all time, but also a ghost, as he has been reborn. West’s lines “I won with the Bucks, boy / Let me Giannis” in ‘Junya’ also pilfers a Drake trademark by namedropping the NBA winners on a record.

The album began with his divorce and ends with his divorce, with ‘No Child Left Behind’ referring to his four children and his determination to close any hole his divorce has created. The song uses chords from an organ to support vocals from Vory: “Never called on y’all, never count on y’all, always count on God.” It is through God that West will be able to pull himself out of the darkest places; whilst he has developed distrust in various people, West credits God for doing “miracles on him.”

Donda opened up the audience to another version of Kanye West – one of somewhat surprising relatability. West has shed the hard, non-smiling and often crass exterior many came to hate to reveal the hole left by the loss of his mother. This is a hole that everyone will experience in their life, even Kanye West.