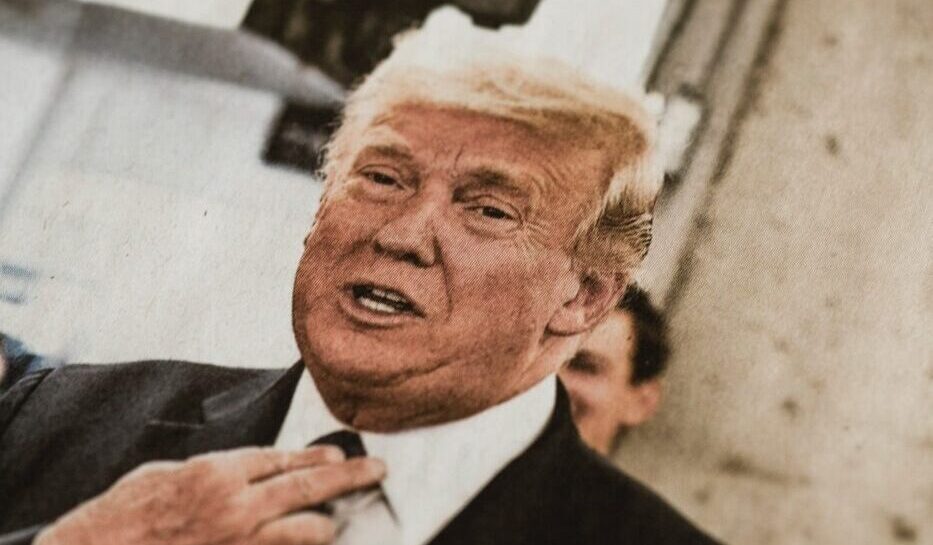 No, this is not the end of Donald Trump

If it wasn’t for the pandemic, we’d all be paying more attention to and rejoicing at the fact that Donald Trump is set to finally be banished from the Oval Office, and therein lose his hold on the most powerful office in the world. The electoral college is set to declare Joe Biden the new president, regardless of Trump’s incessant objections, so it is now safe to say that the election is essentially over. However, if there is one thing Donald Trump has taught us over his term as president, it is that in his mind, he can never lose no matter the cost. With his endless supply of self-confidence, it’s safe to assume that Trump will do anything he can to cling to the undeserved relevancy and power that have fuelled his hellish reign for the past four years. We can all reluctantly have faith in the fact that Donald Trump will bounce back from his recent loss.

At the time of writing, the President has thirty-five days until the Biden administration takes over on 20 January; five weeks to put into place the contingency plans necessary to protect his number one priority: himself. There is much talk about whether or not he will use his presidential powers to pardon himself, and his family members and friends, in order to protect his accomplices from possible tax fraud, defamation, and obstruction of justice charges once he leaves the White House. However, I would argue that there shouldn’t be much talk about this at all. It doesn’t matter if it’s immoral or unpatriotic of him to pardon himself; if Trump is legally able to exonerate himself and his sycophants, he most certainly will.

His path to run in the next election is clear of any obstacles, as most things are for the mega rich

The real conversation we should be having is whether or not Trump will really run in 2024. Even if he does face federal charges once he leaves office, it would hardly be surprising if he manages to wriggle out of being convicted. His path to run in the next election is clear of any obstacles, as most things are for the mega rich. The yellow (or rather orange) bricked road he will take to return to the White House is further polished by the significant proportion of the American population who would happily vote for him again. The most Trump needs to do to once again secure the presidency is pander to his supporters’ extreme disapproval of Joe Biden and keep himself in the public eye for the next four years. These two things that are second nature to him. Unfortunately, the miserably predictable reissue of Donald Trump’s America in 2024 seems all too easy to visualise and subsequently concede to out of sheer exhaustion.

Perhaps the most dramatic theory on Trump’s next move post-20 January is that he will flee the country in order to escape any form of prosecution. An America without Donald Trump sounds like a step in the right direction and a step towards a utopia on Earth. However, if Trump evades the law it would only be another failure in the long and endless list of 21st-century American injustices. It seems as though, contrary to what most of us would like to happen, the possible consequences of the Trump administration’s fall from power seem to hold no hope of a true end to the dangerous rhetoric and blatant disrespect of the law that the President has shown during his time in office. Trump’s audacious demeanour and unacceptable actions only seem set to continue after Biden’s inauguration.

However, it’s not all bad news. The likelihood of Melania Trump, the people’s prisoner, divorcing her husband before his inevitable re-election campaign is incredibly high. Whilst I am the first to recognise that Melania is not an innocent party, with her sporadic support of her husband’s actions and her status as his lawfully wedded wife (she chose her path), I have to applaud anyone who attempts to take him down a few notches. I, like many others, will enjoy the embarrassment Donald Trump will face if Melania files for divorce. Perhaps she’ll even release a tell-all book and damage his 2024 campaign. I can only hope, pray and beg that Melania finally does something useful in the fight against the husband she so clearly hates.

Even if Melania does file for divorce, I can’t help but feel that ‘The Donald’ will manage to survive and thrive. As much as immorality and pettiness are the foundations of his persona, so is survival. Trump has survived disturbing immunity against countless assault allegations, received swift acquittal by the US Senate for obstruction of Congress charges, and endured  repeatedly bankrupt businesses. Trump, although a terrible president, seems to be able to endure anything, and we must unfortunately endure him in return.