Drake, actor-turned-rapper-turned-popstar, has added to his Scary Hours collection with the 3 track EP, Scary Hours 2. His first release of 2021, following his mixtape Dark Lane Demo Tapes and the separate single ‘Laugh Now Cry Later’, Drake has had the world on his shoulders trying to carry his unstoppable momentum into this year.

Not only did he have his most recent tracks to contend with, he also had to live up to the title’s namesake. The original Scary Hours, comprised of only two tracks, had more impact than most mainstream artists’ entire catalogues, almost purely down to the impact and success of ‘God’s Plan’, Drake’s feel-good and motivational pop-rap hit synonymous with success and carrying a YouTube video of him giving to the community surpassing 1B views. Whilst the other half of Scary Hours, ‘Diplomatic Immunity’, did not have the same impact, it gave his die-hard fans another release to add to their list of reasons why Drake is a ‘versatile’ rapper.

Scary Hours acted as a warmup to Scorpion, Drake’s 1 hour and 30-minute mixed bag of hits and misses; it was capable of keeping its legacy among Drake fans and was the origin of their favourite artist’s biggest hit. Scary Hours 2 must have made some listeners perk their ears up considering the success of its predecessor, but its result ends up being an amalgamation of the more lacklustre events in Drake’s illustrious catalogue.

Any listener wouldn’t be mistaken if they initially thought they were listening to something off Whole Lotta Red during the EP’s opening track, ‘What’s Next’. A polite review may note that the beat was ‘derivative’ or ‘inspired’ heavily by a Playboi Carti track. Drake, known for his versatile ability to perform with different beats, genres and flows, fails in execution when he attempts to rap over this Playboi-Carti-type-beat.

The refrain is inoffensive but stale. His cadence stays the same throughout, which would not be an issue considering the type of instrumental he was working with, but the pitch of his voice becomes grating halfway into the first verse. Whilst the track is listenable enough as filler in any modern Drake album, considering this is the supposed breakout hit from the EP, fully equipped with a video, it’s a disappointment.

‘Wants and Needs’ follows and is an improvement. With a murky and dark instrumental, some quotable lines, and a feature by Lil Baby, who happens to be one of the most in-form rappers right now, the EP seems to pick up some much-needed energy. Drake starts with bars on how he knows his audience better than they do themselves: “Come with a classic, they come around years later and say it’s a sleeper”.

Drake might be one of the few artists that can make insecurity in his own art cool. Drake may well feel insecure with the way Views, Scorpion or Dark Lane Demo Tapes were received by listeners (these could all apply considering the hip-hop community’s love/hate relationship with his full-length projects). Whilst his track record isn’t the best on that front, he certainly has a history of making sleeper hits that people vibe with long after an album’s shelf-life.

Drake and Lil Baby’s pre-established chemistry works as the latter arguably outshines the former with a non-stop flow. If this track will be remembered for anything, it will be for his shot against Kanye West. Their feud has been bubbling under the surface for a couple of years now and it seems as if Drake can’t help but try to draw the rapper/producer out. Overall, the song is not going to be on any future greatest hits album, but Drake fans certainly won’t be disappointed with it.

It appears though, by Drake’s standards, Scary Hours 2 sees him barely getting started

As a Rick Ross feature, and their 13th collaboration, the rapper’s guest spot is necessary on ‘Lemon Pepper Freestyle’ as, without it, you would be subjected to 6 unadulterated minutes of Drake trying to prove himself as a competent rapper, something most modern hip-hop fans aren’t contesting. Had the song been cut in half, there would be some level of enjoyment to the third and final track, even if it’s on the lower end of his purely rapping releases. The song can be summed up as wave after wave of Drake trying to force the listener into accepting him as a rapper first and foremost.

He has some gems in the lyrics: “These days, fame is disconnected from excellence”, but the issue is that they’re buried within a pit of lyrics comparable in length to that of a Charles Dickens novel, which feels like a dressed-up version of the bling-rap era of the late 00s. It’s not that it is necessarily bad, it’s just incredibly disappointing for the biggest artist alive to rest on his past laurels like this.

I’m certain that the EP will be defended by hardcore OVO supporters as just a warmup to his upcoming album, Certified Lover Boy. It appears though, by Drake’s standards, Scary Hours 2 sees him barely getting started. I pray that the album will be more ‘Laugh Now Cry Later’ and less Scary Hours 2. 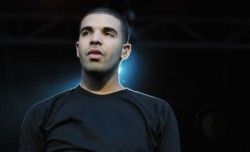 Drake’s Scorpion has a dark cloud over it 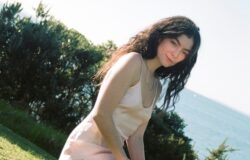