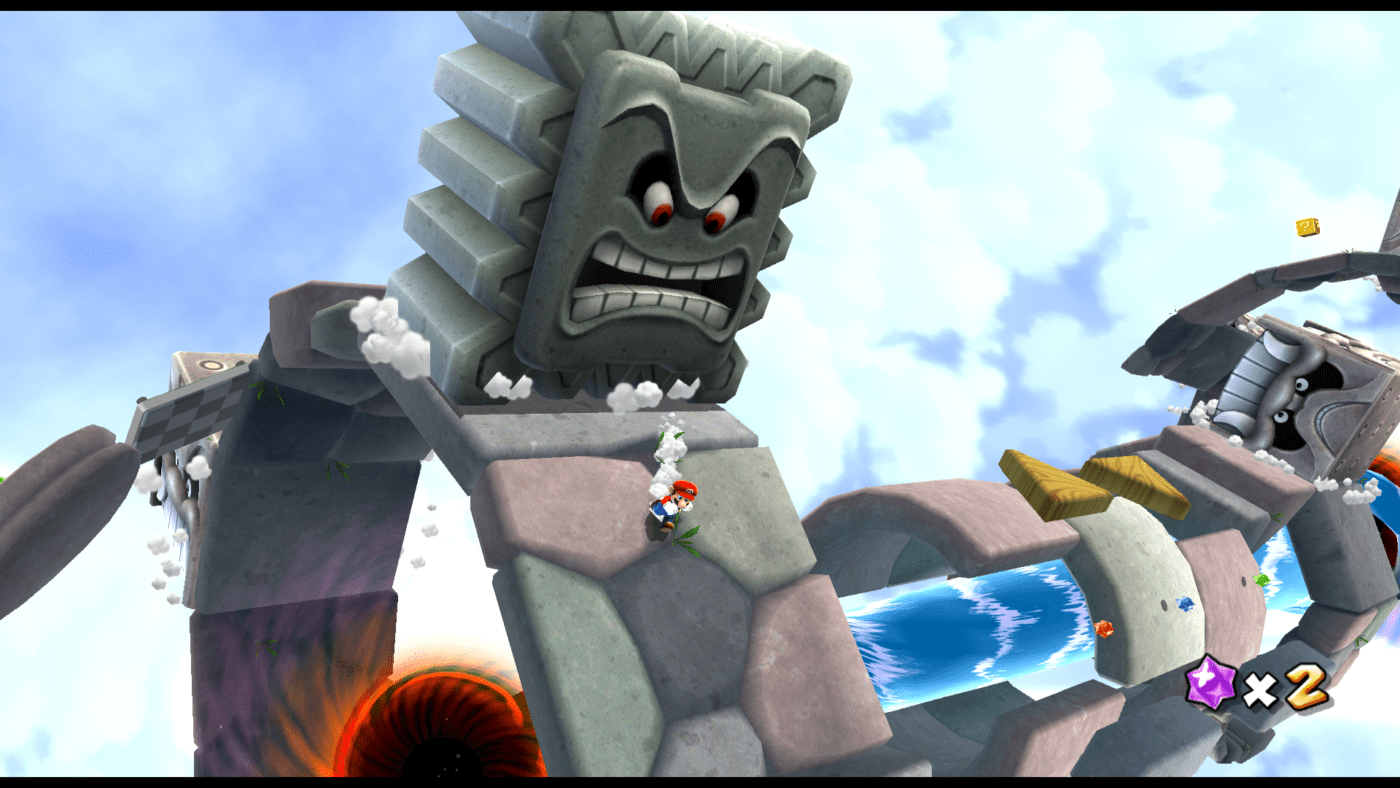 Let me start off with an obvious statement – Super Mario Galaxy’s soundtrack is brilliant. It’s a remarkable game for a variety of reasons, from its intuitive gameplay to its stunning visuals to its finely-tuned difficulty, and the music is another of those factors. It’s full of exceptional music, perfectly crafted to convey a sense of the adventure and the many worlds you explore throughout Mario’s galactic quest. Here’s a look at the creation of the music to Super Mario Galaxy, and why it’s such an incredible listen, playing the game or in its own right.

As I wrote in my ‘Concept to Console’ piece on the game, most of the score was created by Mahito Yokota. Yokota studied previous Mario music and came to the conclusion that its Latin elements were at the heart of the series’ unique sound – he began by combining Latin instruments with electronics to create a tropical-space feel. He composed around 28 tracks, which were rejected by the game’s sound supervisor and original Mario composer Koji Kondo, who said it was too cute. Mario is not cute, Kondo insisted, Mario is cool.

From the moment we load up the game and hear the fanfare of the ‘Overture’, a triumphant swell of horns and violins, we know that we’re in for a Mario game on a different scale

Yokota almost quit after the rejection, but three months later, he returned to Shigeru Miyamoto with three styles of music to sample. Miyamoto picked a lively orchestral piece, and that informed the music. Yokota was in his element with orchestra writing, but he tried to draw inspiration from other sources too to keep things fresh: “In order not to make the scores just like ordinary orchestra music, I paid attention to the combination of electric musical instruments and live audio, and listened to various kinds of music from that genre.” Kondo composed four pieces for the game at Yokota’s request, including the observatory waltz.

Nintendo uses synthesised instruments almost exclusively in its scores – it’s easier to control MIDI music, and you obviously need to pay for an orchestra. But Yokota knew a live orchestra was worth fighting for in Galaxy, and he succeeded. He said: “I think that the abundant power of expression innate to a live orchestra helps the players to entertain the sense of expectancy for the unknown vast space universe.” The recording sessions were recorded to a strict tempo using a metronome, meaning it was possible to synchronise the game’s actions to the background music – next time you play, lookout for it, and you’ll notice that music matches what the player does, supporting the sound effects and hitting a crescendo at the dramatic high-points. It’s an impressive effect, and it really makes the game feel cinematic.

From the moment we load up the game and hear the fanfare of the ‘Overture’, a triumphant swell of horns and violins, we know that we’re in for a Mario game on a different scale. The adventure feel is definitely present in some of the more famous tracks from the game, from the joyous ‘Good Egg Galaxy’ to the iconic sweeping strings of the ‘Gusty Garden Galaxy’ (by far the most popular piece of music from the game).

The best game music is enjoyable music in its own right, but it also needs to support what is happening on screen, and Galaxy’s score is an example of that done perfectly. Yokota and Kondo produced something truly special here

But much of Galaxy’s success comes from the way it mixes things up. I like ‘Buoy Base Galaxy’ – it employs neutral instrumentation to really conjure a sci-fi vibe. The ‘Final Battle with Bowser’ is suitably dramatic, using a choir, drums, synths, and a lot of orchestral movement to make Bowser seem like more of a threat than ever before. But it also chimes in the quieter moments – ‘Rosalina’s Story’ is a sweet theme that plays as we read her storybook in the library (something completely unneeded to complete the game, but a bittersweet and beautiful piece of character development if you check it out). Nostalgia and gentleness play the game out – lighter instruments rule ‘Daybreak – A New Dawn’, and then we hear ‘Birth’, a sweet piano ballad that seems full of emotion. When it’s done, the overture swells again, and we’re ready for another adventure – one well worth taking.

It’s hard for me to single out a single track or highlight because all of the soundtrack is that strong. The best game music is enjoyable music in its own right, but it also needs to support what is happening on screen, and Galaxy’s score is an example of that done perfectly. Yokota and Kondo produced something truly special here – a score that is musically wonderful and worth a listen on its own, but which makes the game feel like so much more too.