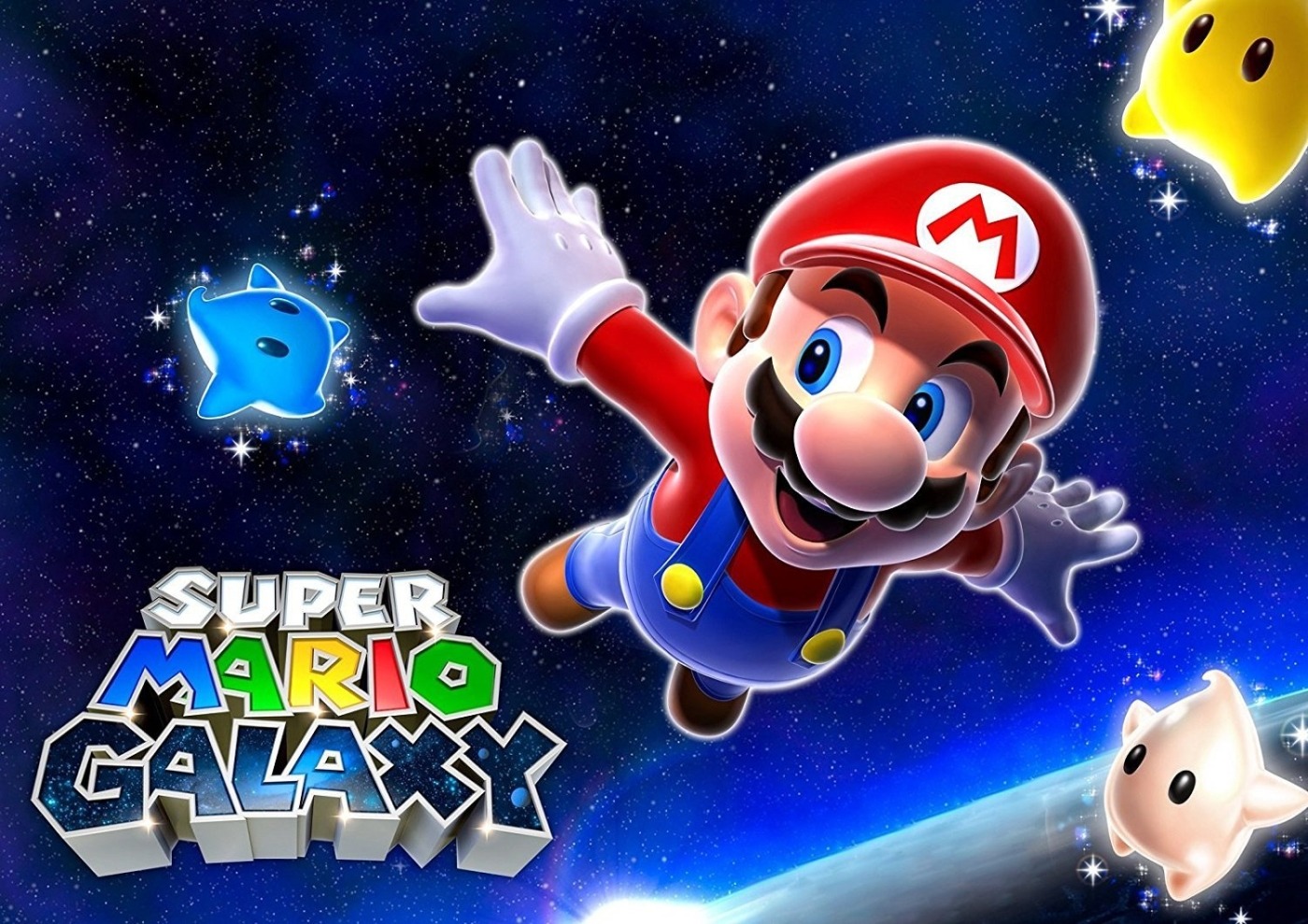 The last game included in Mario 3D All-Stars is Super Mario Galaxy -the 2007 Wii outing that many critics were eager to proclaim was ‘out of this world’. It’s a famous game, but you may not be aware of its long history. In that case, it’s time to dive in.

The origins of Galaxy date back to the year 2000. At SpaceWorld 2000, a trade show hosted by Nintendo, a piece of demo software for the GameCube called Mario 128 was revealed. This infamous game saw 128 Marios running around a spherical platform while moving items. The director of this software, Yoshiaki Koizumi, was encouraged to think about ways to turn the demo into a game, but he realised at the time that it would be an impossible endeavour for technical reasons.

“In Mario 128, the platform was built in the shape of a flying saucer, but in order to change the platform into a spherical shape where Mario could freely roam around, it would require a high level of technical expertise,” Koizumi said. “I also felt that the motivation of the team members had to be very high in order to overcome this obstacle.”

Although Mario 128 never became a game in its own right, many of its core concepts factored into other Nintendo hits, including Pikmin and Metroid Prime.

The idea of spherical platforms was a ground-breaking idea. Typically in a platformer, you are on the platform, you reach the edge, and you jump or die. This remained in Koizumi’s mind even as he went to work on Super Mario Sunshine. After directing the 2D platformer Donkey Kong: Jungle Beat in 2003, Shigeru Miyamoto spoke with Koizumi at EAD Tokyo, encouraging him to approach Mario once again and to revisit the idea of spherical platforms. Koizumi returned to the team behind Jungle Beat and got to work.

The development process was not initially smooth. Many members of the team said they were unable to effectively produce what Koizumi was requesting because they couldn’t conceptualise the idea. Koizumi gathered a number of staff members and created a prototype in around three months. He realised that “a spherical shape would be best understood as a planet, so we put that in outer space and added gravity”. With this example, he had created a bare minimum version of the finished game and development took off. The staff were full of ideas, and Koizumi describes it as like a ‘kitchen’ and, with Miyamoto as the initial play tester, he was forced to “eat until he was very full”.

One of the key objectives in development was making the game accessible for as many people as possible, and one approach was to limit the number of buttons required. Mario retained his jump, but the developers thought it was difficult to jump on an enemy on a spherical map, and so they introduced a spin move. The spin was mapped to the motion controls, enabling more intuitive gameplay. The accessible gameplay also crossed into the two-player mode, which was envisioned as a way for a novice player to help an experienced player by stopping boulders, for example.

A revamped life mechanic also had accessibility in mind. As Koizumi explained: “I wanted to change the life meter’s maximum to 3. With this, Mario ends up losing more lives as a result, but at the same time we increased the number of 1-Up Mushrooms that are available throughout the game, and created checkpoints.”

The initial conception of the game’s music was a Latin American-inspired score, and Mahito Yokota composed around 28 tracks with that music in mind. It was rejected by the game’s sound supervisor, Koji Kondo, who said it was ‘no good’.

Yokota almost quit after the rejection but, three months later, he returned to Miyamoto with three styles of music to sample. Miyamoto chose an orchestral piece because he felt it was the most ‘space-like’. Yokota composed the soundtrack, with Kondo writing four pieces to add a little variety – it comprised 28 songs performed by a 50-piece orchestra.

Drawing on his experience developing Jungle Beat, Koizumi decided to garner feedback from lots of playtesters. A prototype was available at the 2004 Nintendo World, and the developers watched the players and their experiences in order to fine-tune the experience. According to producer Takao Shimizu: “It was important to make a game the customers would feel was really worth buying. We were so determined that we even thought of closing down the Tokyo office if Super Mario Galaxy received poor reviews.”

This, of course, didn’t happen.

Galaxy received critical acclaim, and is the sixth highest-rated game of all-time on Metacritic. Margaret Robertson wrote in Eurogamer that the visuals were an “explosion of inventiveness”, and that the mission design was ingenious. Alex Navarro wrote that “there simply isn’t a better-looking Wii game available”, while Andrew Reiner said that the game had reinvented the platform genre in a way that felt both new and reassuringly nostalgic. This acclaim translated into sales, with the game having sold 12.8 million units worldwide by the end of March 2020 – the third best-selling non-bundled game on the console.

There was great interest in making a sequel among both players and developers, with a lot of ideas left over from the initial game. Originally entitled Super Mario Galaxy More and imagined as an expansion of sorts, it was soon decided that the game would be a full sequel. Introducing Yoshi and a number of new power-ups, Super Mario Galaxy 2 earned as much critical acclaim as its predecessor on its 2010 release, selling around 7.4 million units worldwide by May 2018.

In many ways, Galaxy captures what has made Mario an essential character for all these years – fresh and inventive ideas coupled with a consistent platforming challenge that is easy to pick, yet hard to master. These development stories reveal the impressive amount of thought that goes into making these games. Wherever Mario goes next – be it Odyssey 2 or something else entirely – expect Mario to push the boundaries and come out with something special.