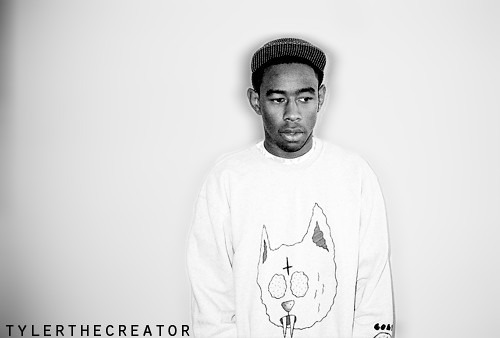 Tyler, the Creator’s ‘Call Me If You Get Lost’ is a showboating of a musician at the very height of his powers

Call Me If You Get Lost is the perfect cacophony of chaos, cultivated by Tyler, the Creator; and he knows it. The new album serves as a declaration that he is unassailable from criticism. Tyler does not care what you think, or what I think or what Theresa May thinks, for he is better. This becomes Tyler’s sixth album and, in some ways, feels like the end of a cycle. Call Me If You Get Lost draws upon all his previous albums and masters them into a very carefully worked blend of styles that still remain distinctly his own.

Throughout Tyler’s career, for better or worse, he has chosen to speak everything on his mind. This consistency allows the listener to follow the message he has been telling us for a decade. He started this journey with Goblin and Wolf, albums in which he vents his frustrations with himself, authority and society. This was contrasted by Cherry Bomb which took a far more optimistic approach with various guitar riffs and immature, fun lyrics. This led to his decision to lay bare his fragility in Flower Boy and Igor. This openness subsequently allowed him to take a blasé attitude in Call Me If You Get Lost. He opened these insecurities so no one else could. He is in control.

This change is evident in his choice of features. There is no return of the Frank Ocean or Rex Orange County’s melodies which became the foundations of Flower Boy. However,  it is still possible to feel a sense of nostalgia while listening. There is a return to the manic style of rapping associated with earlier works Goblin and Wolf and the appearance of 42 Dugg, Lil Wayne and YoungBoy Never Broke Again (originally known as NBAYoungBoy) only further strengthen this.

YoungBoy Never Broke Again’s appearance on ‘Wusyaname’ is the album’s clear standout feature. Tyler samples 90s R&B group H-Town’s ‘Back Seat (Wit No Sheets)’ to create a melody which sounds incompatible with what many may have wrongly considered a one-dimensional young rapper. YoungBoy, known for his heavily autotuned wordplay detailing his involvement in street crime, may have found it difficult to acclimatise to this more playful track. However, Tyler manages to extract a strong verse from him and the song is one of the best on the album.

Following ‘Wusyaname’, comes lead single ‘Lumberjack’. Released just over a week before the full album release, ‘Lumberjack’ really set the tone for what is to be expected. From the opening line “Rolls-Royce pull up, Black boy hop out” to “I hit Drizzy and told him I had a milli’ for him” to “MSG (Madison Square Garden) sell out”, Tyler litters the song with lyrics flexing his wealth and talent.

While many rappers lay claim to being this level of greatness, few really substantiate this claim. Yet, Call Me If You Get Lost may have earned Tyler, the Creator the right to think this way

In ‘Hot Wind Blows’ Tyler, DJ Drama and Lil Wayne flaunt their luxury as they “travel the globe”, being fed “French vanilla ice cream” by a young lady. The feature of Wayne works very strongly against the flutes in the instrumental sampled from Penny Goodwin’s 1974 record ‘Slow Hot Wind’. Tyler is effectively saying that the hot winds, or the luxuries, are no longer tepid, but rather they blow fast.

Tyler’s huge success has not come without disapproval, particularly surrounding his activism, or lack of it. During the Black Lives Matter protests in 2020 a number of high-profile black rappers, most notably Tyler, J. Cole and Kendrick Lamar, received backlash for failing to raise awareness. J. Cole released ‘Snow on the Bluff’ in response and ‘Manifesto’ is Tyler’s response.

“Lil’ white bitch gon’ say, ‘You need to say something about that’, ‘You need to say somethin’ ’bout black—’ Bitch, suck my – yeah.” Tyler is evidently irritated at performative activism. Why should a young white girl be telling him, as a black man, to support Black Lives Matter?  Tyler sees these critics as the white ‘saviour’ telling the black person what is ‘good for them’. He compares this to the imposing of Christianity on black people, “That ain’t in your religion, you just followin’ your mammy, She followed your granny, she obeyed master.”

This comes back to Tyler’s own self-belief. and ultimately why should he listen to anyone if he is one of the best? He has reached a point where he claims on ‘Massa’ he has “Got too much self-respect, I wash my hands ‘fore I piss.” This attitude is not limited to just heavy judgements, as he chooses to dismiss praise as well. He does not trust anyone who “try to talk me up”. It is his self-assurance which has created this shield of aloofness, even claiming that he “can’t trust God either.”

While many rappers lay claim to being this level of greatness, few really substantiate this claim. Yet, Call Me If You Get Lost may have earned Tyler, the Creator the right to think this way. The album is a collection of everything he has learned in this ten-year journey to the top. He displays a talent and understanding few possess and, in many ways, deserves to speak in the way he does – not that he cares what I or you think anyway.