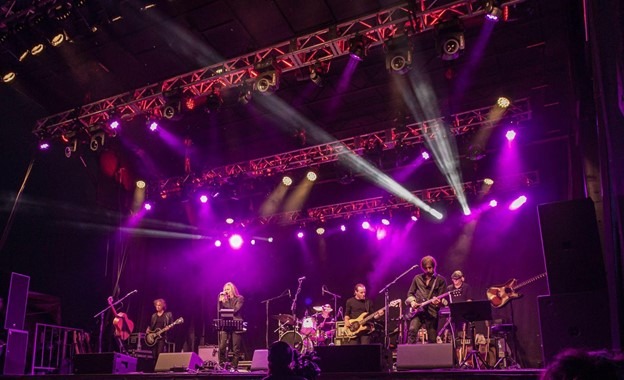 Admittedly, live albums are hit or miss. Typically these albums are cash-grabs, born out of contractual obligations. Also, earning musicians seldom set out to make a live album as their defining artistic statement. However, music listeners, no matter how casual, know that live music has a certain air to it. Although one could always go to gigs or festivals to have that visceral experience, many concert goers tend to emphasise the experience they had around the music; whether it be the drugs, the sex, or the delightful ruckus that comes with being far from home with people that share musical interests. Yes, the music would be considered, but whether the intricacies of an artist’s performance would be registered is a different discussion. This may be one of the instances where a live album proves valuable.

Personally, listening to live renditions of songs I enjoy makes them ring more true, as if I can fully comprehend how an artist may have composed and arranged a piece of music that otherwise sounds inconceivable in studio. For instance, I love listening to live versions of The Kinks’ ‘Autumn Almanac’, MGMT’s ‘Congratulations’, and Portugal. The Man’s ‘Got It All’. With ‘Autumn Almanac’, you can pick out the lovely chord changes (the intro to the first verse especially) which isn’t possible in its ethereal, studio version. The live takes of the latter songs make you realise how wonderfully tuneful they are, as if the lead vocal melodies and chord progressions are in a glorious, warm embrace, revealing how far having strong melodies and sensible chord progressions can take you in the songwriting process.

Though studio mixes are typically the versions of songs that musicians feel are “complete”, it’s not uncommon to have artists bemoan the studio versions of some of their tracks, or for music listeners to be deterred from truly liking a song because of the suspect mixing. For example, The Byrds’ underrated single ‘Lady Friend’ (1967) was marred by Gary Usher’s stifling production, which singer-songwriter David Crosby lamented. In addition, countless artists wished for their studio efforts to mirror their live performance – Pink Floyd faced this problem with their debut LP. Consequently, their live staple at that point, ‘Interstellar Overdrive’, pales in comparison to what fans would’ve heard in UFO club days during 1966. Live albums can be a chance for artists to give their unadulterated take on songs they believe are worthy of purchase.

There are instances of terrific live albums too, with performances by bands that are simply superb, or where the gigs themselves are memorable enough for preservation. The Who’s Live at Leeds (1970) record is one of the best of all time, showcasing an influential band at their peak and performing many songs (many from their 1969 LP Tommy) with added heart to splendid effect. Talking Heads’ Stop Making Sense (1984) has the band performing fresh takes on iconic songs like ‘Psycho Killer’ (1977), and playing around with the live format in having each band member introduced to the set incrementally as the concert wears on.

Live LPs like Johnny Cash’s At Folsom Prison (1968) are doubly amazing in that the circumstances are unbelievable without such preservation.  Fellow music lover, Boar writer, and Johnny Cash fan Niall Hawkins encapsulates the power of such a record by believing it truly “conjures up” the image of the circumstances and displays the humanity among those who are deemed menaces to society, with the tracks having a “nice edge and realism” that’s inimitable. These LPs can transcend the demands of an album and be a source of documentation, a record that captures the electricity of gigs, or artists at their pomp, or the universal power of music.

It’s clear that these LPs have the potential to make listeners engage with familiar music in new ways, fostering a deeper appreciation for the music they enjoy artistically and communally

For me, there’s a few records that I wish had a live counterpart. The Kinks’ Village Green LP of course would be high on my list, as it’s an album that has many songs which were never played live when the group were at their best, leaving me wondering how they would negotiate with the complex arrangements, delightful rhythms, and beautiful melodies in a live setting. The stunning album will partly remain a mystery to me.

Live albums do have their place in one’s record collection, though a small one. There are many live records that are forgettable on their best days, but it doesn’t mean that they’re conceptually faulty. It’s clear that these LPs have the potential to make listeners engage with familiar music in new ways, fostering a deeper appreciation for the music they enjoy artistically and communally. These albums can be a window to not only a point in a band’s career, but to a time in history.

Dan le Sac: “There are so many artists that end up getting robbed blind”