On 20 January 2021, Joe Biden was sworn in as the 46th president of the United States. It was a dreadful presidential campaign between two poor choices, and people opted for what they were told was a hint of normality after the Trump years. I suspect voters will be disappointed – by essentially every metric, Biden has proven so much worse than we could have expected. Half a year in, here’s a look at some of his many failures.

The Covid pandemic really helped Biden during 2020, forcing Trump’s management flaws to the fore and letting him off the rigours of presidential campaigning. In office, Biden initially promised to vaccinate 100 million people in his first 100 days, something that would have happened anyway due to the Trump infrastructure. Under pressure, this was upped to 70% of the US adult population having one shot, and 160 million adults being fully vaccinated, by 4 July, a metric on which it has totally failed. Their response has been to blame everyone – young people, Fox News, Facebook – but themselves.

The pandemic also closed down the US economy, but there was a simple solution to the lull – reopen businesses and let people get back to work. The economy was essentially sound, and the depression was an artificial one. But this isn’t how the Democrats saw it – instead, they took it as a chance to pump the economy with money and fund many of their pet projects. If all the Democratic funding motions are passed, they could spend as much as $8 trillion in the first year alone. The consequences have been all too predictable – people aren’t working because their benefits are better, and the prices of everything are going up. Inflation is currently at 5.4%, and predicted to rise to record levels.

I have a go at Biden, but I don’t think he’s even really running the show

To add to the economic bad news, crime is skyrocketing. After a year of calls to defund the police, the obvious consequences are beginning to manifest – crime rates are shooting up, and huge numbers of police officers are taking early retirement and refusing to work. I could give you so many numbers – a 31% increase in state homicide in California, carjackings up 74% in Washington D.C., spikes in shootings, armed robberies, assaults – and these are people whose lives are being impacted or taken. The Democrat response – talk about banning guns and, incredibly, lie that they never wanted to defund the police, and that it was actually the nasty Republicans.

Data shows that, month after month, the crisis on the southern border has only worsened. Biden essentially promised that, if elected, he’d reverse Trump’s border policies and welcome anyone – for six months, the administration has been paying the price. We’re now in a place where the number of migrants encountered at the border, unaccompanied children, and family units, are the highest ever recorded by the Department of Homeland Security, and the initial response of the White House was to cover it up. The press wasn’t allowed into migration facilities, where kids were crammed into cages (in some areas, at 1500% capacity), often going days without food, water, or sunlight – conditions that, frankly, are inhuman.

The problem’s not getting better, but the Biden administration has finally found some migrants it will turn away – Cuban migrants, forced to flee by sea after protesting against the country’s oppressive communist rule, have been told “you will not come to the United States”. I never thought I’d see a US president watch the potential fall of communism in Cuba and shrug, but there we are – the Biden White House is not one that has conducted particularly impressive foreign policy. Biden’s weakness has empowered Russia and China, especially as his administration has focused on tearing down and belittling the US military, and made the whole world less safe as a result.

Whatever you think of Trump, he’s gone, and Biden can’t govern on just ‘not being Trump’

To wrap up, something not quite as obvious but really important – the way Biden has governed. The House and the Senate are effectively split 50-50, and Biden only took 51.3% of the vote in 2020. This suggests a split country, but the Democrats have taken this lack of a mandate as a mandate to force through radical changes to how the US runs. They want to nuke the filibuster, and enact sweeping changes to the electoral system, largely federalising elections in a way that would keep them in power forever. After saying that “you can’t [legislate] by executive order unless you’re a dictator”, Biden signed 37 executive orders in his first week alone. The White House has admitted that it is working with the tech giants to censor ‘health misinformation’, and it’s easy to see how that power could be weaponised. After promising transparency and compromise, the Biden administration has completely failed to deliver either.

I have a go at Biden, but I don’t think he’s even really running the show. And I’m not alone – a recent poll revealed that 57% of Americans do not believe that Biden is actually in charge or even able to execute the duties of the president (including 32% of Democrat voters). He doesn’t even average out at a single official event a day. If you watch him speaking, it’s clear that he’s in cognitive decline, and I honestly don’t think he’ll make it to the end of his term without resigning or being forced out. Only two things are keeping him in office – a radical Democrat party that needs nice old Joe as a friendly face for their awful policies, and the realisation that his VP Kamala Harris is somehow even worse.

I haven’t written this piece to claim that things would somehow have been better if Trump had won, or anything like that. Whatever you think of Trump, he’s gone, and Biden can’t govern on just ‘not being Trump’. And, to any impartial observer, it’s clear that Biden’s record is shaping up to be a poor one – he’s underdelivered, made a lot of things worse and doesn’t appear to even know where he is half the time. 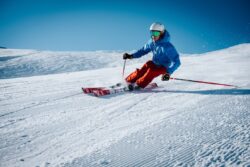