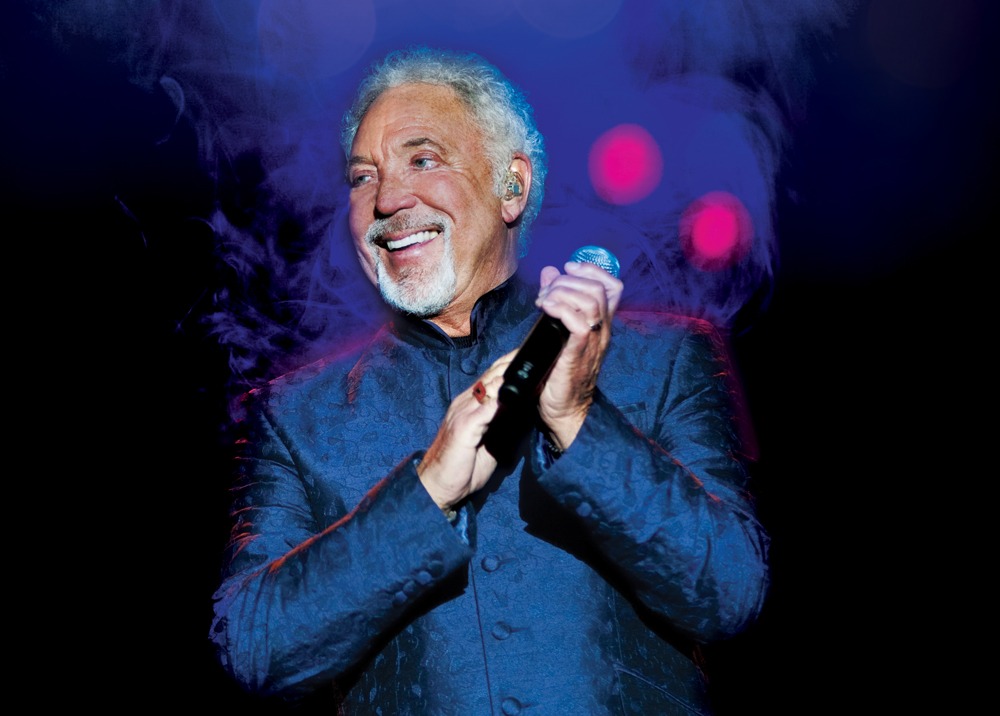 At the age of 80, Sir Tom Jones can still sing with the best of them. He’s returned with Surrounded by Time, his first studio album since 2015’s Long Lost Suitcase, which sees him reinterpret a number of familiar and obscure tunes with his iconic dulcet tones. In an interview, Sir Tom said that he’s less concerned with vocal power than finding the meaning within lyrics, and that shines through here – it’s an eclectic selection of meaningful songs, even if many of the musical experiments don’t quite work.

The opening tracks immediately create an ambiance for the album, with versions of ‘I Won’t Crumble With You If You Fall’ and ‘The Windmills Of Your Mind’ performed broodingly, his silky voice growling over some rather off-putting electronic music. ‘I Won’t Crumble’ was initially written about the fatigue caused by political struggle, but Sir Tom reinterprets it in memory of his wife Linda, who died of lung cancer in 2016. The pain at her loss can feel be felt throughout this album, grounding the emotion even at points when the bizarre arrangements threaten to distract your focus.

As we advance into Surrounded by Time, we are treated to a series of songs imbued with a new meaning by Sir Tom’s voice and experience – ‘Pop Star’ becomes a reflection from a man who can’t believe his luck, ‘This Is The Sea’ explores suffering and moving forward (and is a definite recommendation), and closing track ‘Lazarus Man’ is an almost-meta piece on reinvention and the miracle of life. These are coupled with a number of spoken pieces, with Sir Tom’s rumbling voice reciting ‘Talking Reality Television Blues’ and ‘Ol’ Mother Earth’. They’re interesting listens, engaging and buoyed by an almost guttural growl, but it’s somewhat strange to come to a Tom Jones album and find him talking rather than singing.

The highlight of the album by far is Sir Tom’s version of Bobby Cole’s ‘I’m Growing Old’. His interpretation is melancholic and beautiful, his voice quivering as he sings simple lyrics about the kind of feelings only an older person could appreciate, backed up by a single lonely piano and opened with news footage from the year of his birth. It’s a truly touching piece of music, and you’ll feel the emotion in Sir Tom’s voice and those painful lyrics: ‘I’m growing drowsy in my chair/And I no longer ponder life/I don’t save a lock of hair/I often dream about my wife.’ He rewrote the last two lyrics, a touching tribute to Linda, and it’s this song that is the purest distillation of what Sir Tom was trying to do with this album – it’s painful and reflective and beautiful.

Kudos must be given to Sir Tom for experimenting musically when it must have been so easy to record a safe bunch of easy listening songs – at 80, he’s still trying new things. The end result is a mixed bag. There’s a sense of weight to the album, a feeling that it means something to the artist, and it really shines through in his performance – that voice is familiar and compelling as ever. But I also have to judge it as a listener, and it’s a difficult listen at times, largely down to some difficult instrumentation that gets in the way of some of the songs. I’d recommend giving Surrounded by Time a listen, but I don’t know how easy it is to recommend for a re-listen – it’s a fascinating experiment, but perhaps not one you’re likely to hurry to repeat.