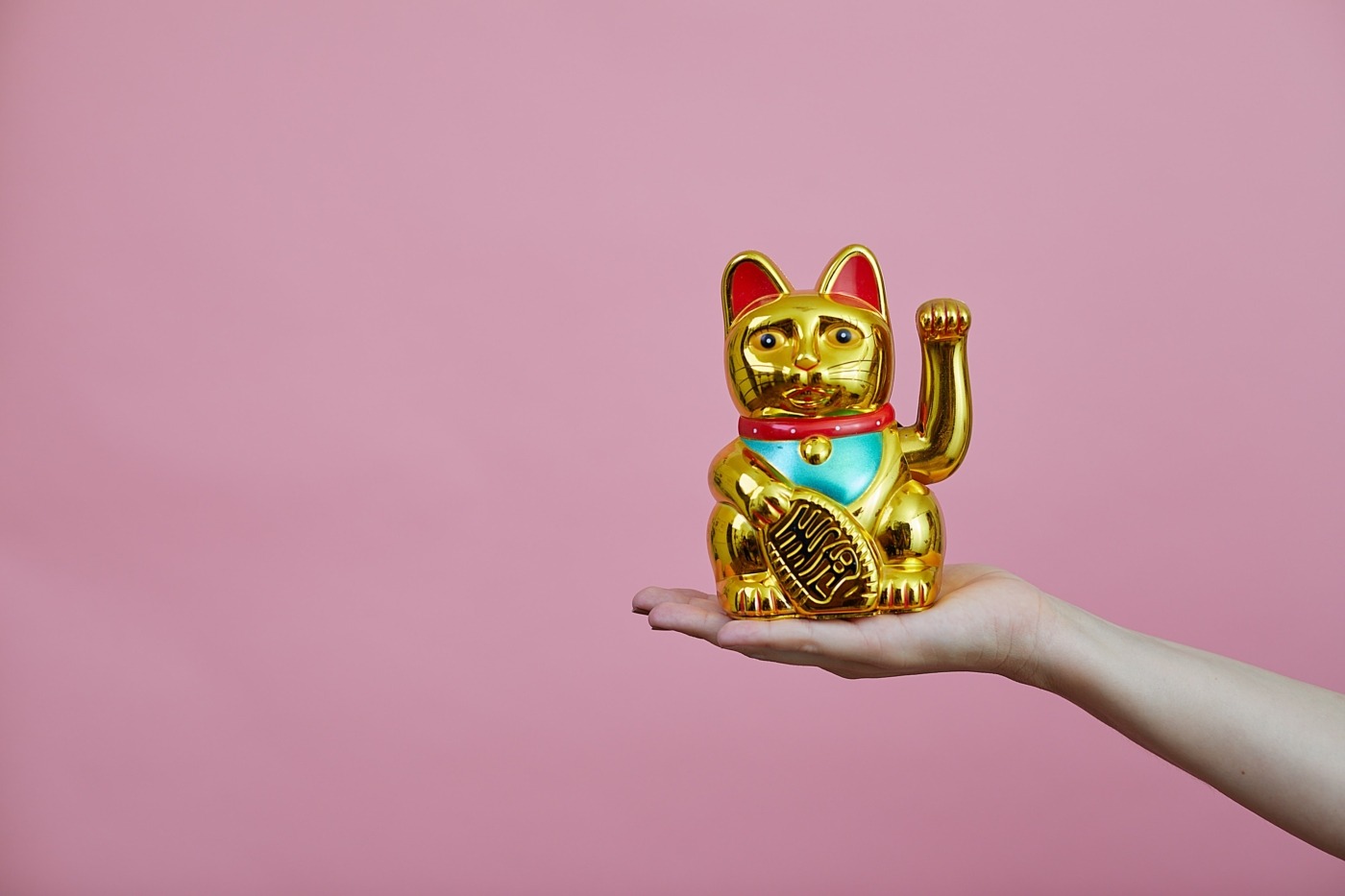 A look at luck

A few days ago, I heard a discussion on the TV framing the Covid-19 pandemic in terms of luck. One of the speakers said that the world had had an unlucky year but, with vaccine rollouts on the horizon, our luck was about to change for the better. Framing this in terms of luck seemed a little iffy to me, but it got me thinking – why do we put such stock in luck at all? Throughout every country in the world, there are traditions associated with luck, and people tend to think of themselves as lucky or unlucky, yet we don’t even know if it exists. So where did luck come from?

As luck is a bit of an arbitrary concept, we don’t know exactly how it originated. The word itself is Muddle Dutch in origin and comes from ‘luc’, a shortening of ‘gheluc’, which means happiness and good fortune. It is believed that the word was introduced into the English language in the 15th century, probably as a gambling term. Scientists certainly aren’t too keen on luck. Indeed, according to the biologist Kevin Abbot: “From an evolutionary perspective, superstitions seem maladaptive.” There was a belief there may have been a vague cause-and-effect relationship – early humans did something, something positive happened, and they drew a connection between the two – but no-one really knows.

The horseshoe is considered lucky because it is made with iron, something that elves and goblins were afraid of

Luck appears in many phrases, and one you’ll likely know is ‘the luck of the Irish’. Interestingly, it has nothing whatsoever to do with the people of Ireland – it actually links to the US gold and silver rushes in the mid-1800s. A number of the most famous and successful miners were of Irish and Irish-American birth, and this association of the Irish with mining fortunes is where the phrase came from. If you’re very lucky, you may be even said to have ‘the devil’s own luck’ – there’s not too much about the cultural origins of this phrase, but it seems that overly lucky people were believed to have made a pact with the devil, trading their soul for his luck.

If you’re after good luck, perhaps you could bring some about with an emblem. The horseshoe is considered lucky because it is made with iron, something that elves and goblins were afraid of, and the shape reminded them of the Celtic moon god’s crescent. According to Irish tradition, anyone who finds a four-leaf clover is destined for good luck, as each leaf symbolises good omens for faith, hope, love and luck (although they actually put more stock in a five-leaf clover). The slightly grimmer rabbit’s foot is considered lucky because the animals are so rampant – it was believed carrying one would help with fertility.

On the other side of the fence, you may bring about bad luck. Not wanting to walk under a ladder has religious connotations: the Holy Trinity led to an association of the number three with something sacred, and the triangle (as a three-sided shape) came to be regarded as sacred too. Thus, to walk under a ladder would destroy the sanctity of the Trinity, and incur punishment. You’ve got the ancient Romans to blame for the belief that a broken mirror brings seven years of bad luck. It was believed that only poor health caused a mirror to crack – the number seven was seen by the Romans as the number of years required to complete a full life-cycle of sickness and renewal, and so a broken mirror suggested you were headed towards a death spiral.

There are some fascinating traditions around the world linked to luck. In China, it’s believed that good fortune enters your life through the front door – just before New Year, Chinese tradition thoroughly clean their homes and take the dirt through the back door. No cleaning is then performed during the first two days of the New Year so none of the good luck is swept away. According to Serbian folk stories, spilling water behind someone is a great way to give them good luck because moving water is fluid and smooth. Irish brides wear small bells on their wedding dresses, or put bells in their bouquets, because the ringing allegedly discourages evil spirits intent on destroying a union.

According to research, it’s the number seven that is globally seen as one of the luckiest

Luck isn’t necessarily linked to traditions – numbers can connotations of luck. Back to China again, eight is regarded as lucky because its pronunciation (‘Ba’) sounds similar to the word ‘Fa’, which means to make a fortune. According to research, it’s the number seven that is globally seen as one of the luckiest. On the other hand, the number 13 is seen as unlucky, in part because 12 is so positive (12 months, 12 zodiac signs, etc.) it makes its near neighbour look bad in comparison. But there’s also a Christian element here too – at the Last Supper, Judas was the 13th member of the party that led to Christ’s crucifixion.

Much of the research on luck suggests that you drive it yourself – if you feel lucky, you’re likely to be luckier, and vice versa. So, if you’re waiting for your fortune to turn, seize the day – that may be all you need for fate to smile upon you.