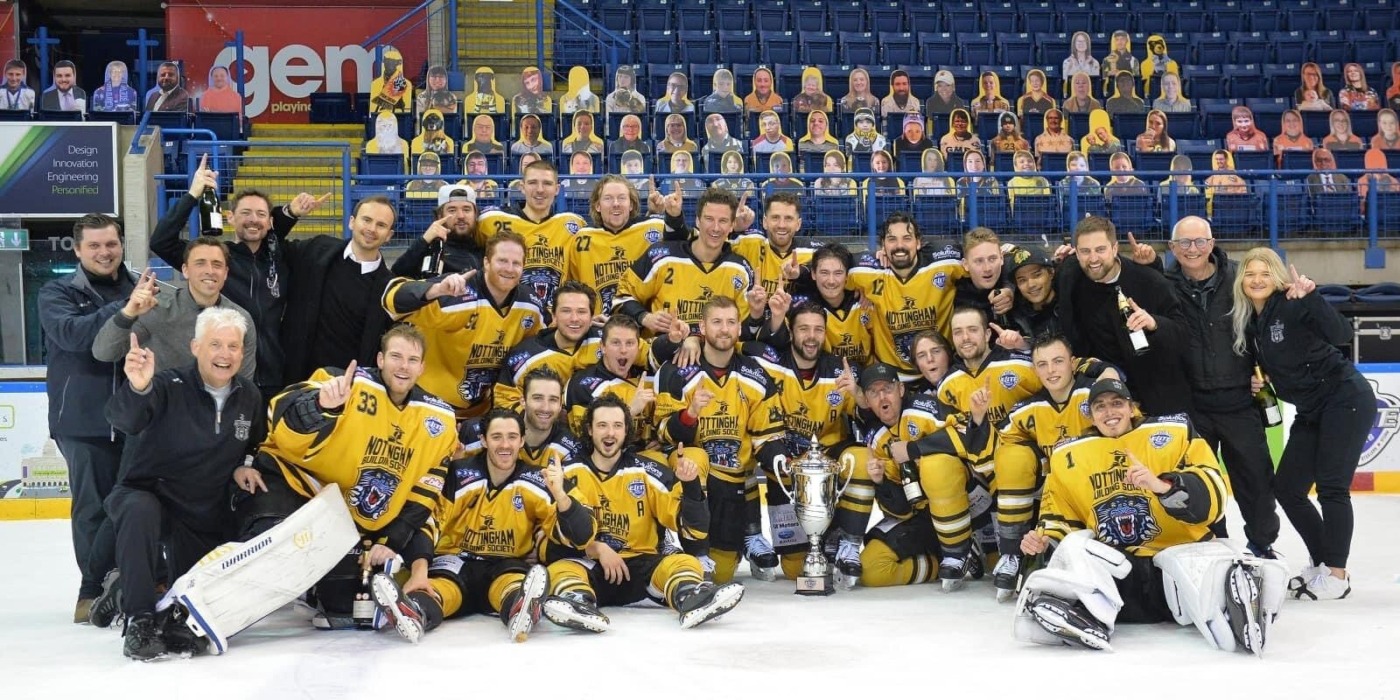 The Nottingham outfit beat historic rivals and tournament favourites Sheffield Steelers 5-2 in the second game of a best-of-three final, claiming the trophy and celebrating a resounding victory, having peaked at just the right time.

The American head coach was understandably overjoyed after the game, as he told the media in a post-match press conference:

“It’s all worth it. The feeling is something else… It’s been five weeks, feels like three months! But the work of everybody, not just me, the players, the staff, everybody. When this happens, it is so worth it, and I hope that everybody that was a part of it remembers it. The juice is worth the squeeze, is what I would say!”

On the day, Wallace picked GB’s number one goalie, Ben Bowns, ahead of Jackson Whistle, who had performed brilliantly throughout the tournament.

It turned out to be an inspired call, with the goaltender putting in a stunning showing and denying the Steelers a route back into the game on several occasions. Asked about the decision to bring the GB goalie into the team in the first round of the draft, Wallace said:

“To get Bownsy was an important play. He finished it for us. He’s been in these situations many times before, he’s won quite a few championships, and he’s a good goalie. It was his turn, and he got the job done for us.

“Everybody stepped up. It’s a really good feeling.”

On the match itself, Wallace agreed with the assessment that the match was closer than the scoreline suggested.

“It was kind of even,” he told The Boar Sport, “I thought five-on-five, we were pretty good. I think that our group bought in and really wanted it and gelled together.”

The former-NHLer put the victory down to the team’s collective effort and the sense of unity within the squad.

“They deserve it, they worked so hard. There was that little extra effort and the team’s unselfishness grew. If you work together, you get the ultimate prize. They got the job done, and now they get to enjoy.”

Austin Cangelosi, who the Panthers brought in as their last import, scored the Panthers’ first and last goals in the final game of the miniseries. Tim Wallace applauded his professionalism and attitude.

“What a guy! He’s a true leader, he’s a professional. Comes in, signs a contract with another team… early on in the tournament, nothing changes.

“That’s rare in sports. What a guy, he deserves the best.”

Cangelosi is set to depart following the conclusion of this tournament, but according to Wallace, the Panthers will be looking to hold onto some of the players they brought in for the Elite Series ahead of the season restarting.

“This group got the job done. There’s a lot of guys we need to look into and think about. Obviously, the chemistry worked, and we peaked at the right time, so Douc [Nottingham Panthers Director of Hockey, Gui Doucet] and I have a lot of thinking to do.”

Finally, the Panthers head coach disregarded the impact of the injuries to Liam Kirk and John Muse, stating “our team had injuries as well,” implying that the knocks the two Steelers players were carrying didn’t affect the outcome of the game, and shouldn’t be considered.

Wallace concluded the conference in a celebratory mood, cheering and running back to the dressing room to get involved with the players’ party.

This could be exactly the setup that the Panthers need going into the new season following the world championships, and under Tim Wallace, the Nottingham team certainly seem to be taking steps in the right direction.