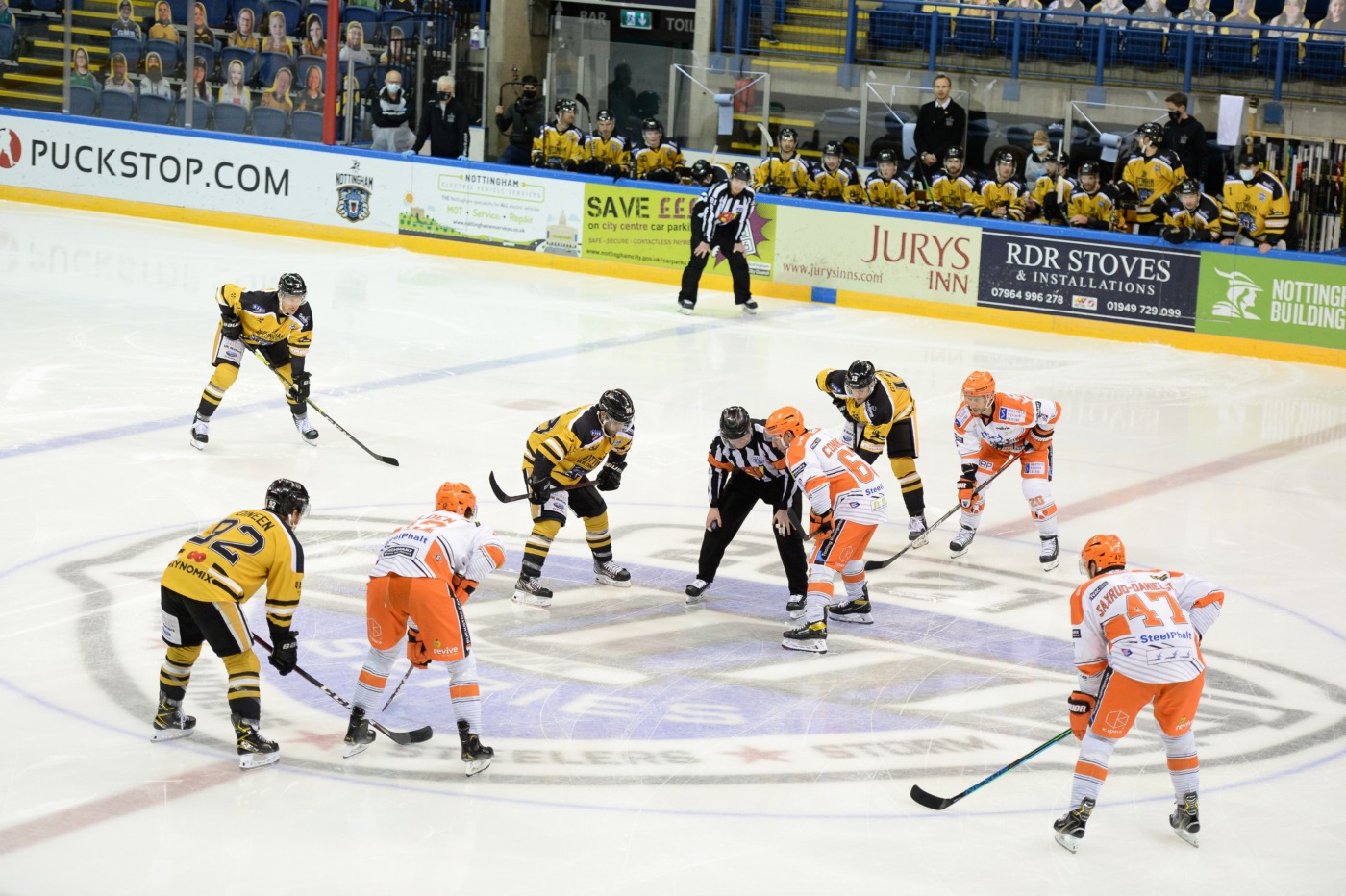 The Nottingham Panthers lifted the 2021 Elite Series in style, beating the Sheffield Steelers 5-2 in the second game of a best-of-three final. It was a sensational turnaround from Tim Wallace and his men, who started the tournament poorly, emerging victorious after a stunning defensive display and moments of attacking brilliance/

Wallace’s side got off to a brilliant start through Austin Cangelosi, who scored on three minutes to put the pressure on the Steelers.

The remainder of a low-key first period played out with little to note, both goalies being tested on occasion, but the Panthers remained firmly in control for the first 20 minutes of this clash.

Sheffield came out on the front foot for the second period, forcing several saves out of Nottingham netminder, Ben Bowns following the restart.

That wouldn’t last, however, as Jérémy Beaudry was penalised for four minutes for two high-sticking offences, and the Panthers pounced with their man advantage.

With 30 minutes gone, Nick Dineen found himself alone some distance from goal and fired the puck into the net to double the Panthers’ lead.

The Steelers made their presence known in the second period, though, and with a powerplay continuing into the beginning of the third, Sheffield’s pressure told, as Robert Dowd jumped on a rebound to put Aaron Fox’s side onto the scoreboard on 42 minutes, setting up a tense final 18 minutes.

But Lewis Hook popped up with a crucial goal with just 10 minutes remaining, reacting first to claim a loose puck after a faceoff, before sliding it underneath John Muse, who was taken very much by surprise as Nottingham’s number eight made it 3-1.

That Hook goal seemed even more crucial as a Robert Lachowicz mistake allowed Matthew Myers and Brendan Connolly to pounce and scramble the puck over the line, making it 3-2 on the powerplay with four minutes to go, two of which would be 5-on-4 in favour of the Sheffield outfit.

The closing minutes were intense, and it seemed the Steelers were gearing up to force overtime, but another hero emerged for the Panthers in the form of Kevin Domingue, as he scored with two minutes to go, making it 4-2 and all but sealing the win for Tim Wallace’s team.

With the Steelers throwing everything at Nottingham in the closing stages, face-off specialist Cangelosi was handed a golden opportunity to score Nottingham’s fifth goal of the night into an empty-net. He found twine.

5-2 is how it ended, with the Panthers lifting the 2021 Elite Series trophy as a result.

What a game. The scoreline arguably doesn’t reflect the balance of the game, but Nottingham defended brilliantly and really upset the odds here to take home the trophy, especially 2-0 over the team that were dominant for large parts of this tournament.

The Steelers came up short, today, but Aaron Fox’s side were constantly threatening, especially in the first and second periods, and could have run away with it on another day.

The result, though, is a 5-2 win for Panthers, a resounding 2-0 win in a huge final against one of their oldest rivals.

Oliver Betteridge will have enjoyed lifting that trophy high, and this could well be the start of something great for the Panthers under Tim Wallace. 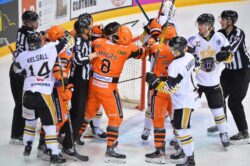