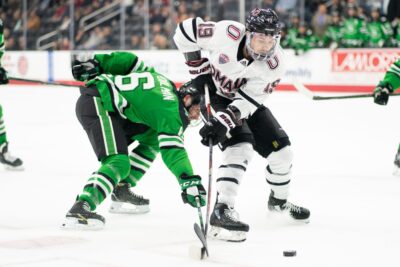 The 27-year-old Canadian forward enjoyed a headline-grabbing tournament for the Steelers, leading the Elite Series in goals (15) and points (27).

Eberle played a key role in Sheffield’s run to the Elite Series final, opening his account for the tournament with a brace in a 7-2 win over the Coventry Blaze on 7 April. The Regina native was also handed the Best Forward award for his goalscoring exploits.

Blaze forward Tristan Keck was ranked second in the MVP race, with the Nottingham Panthers’ Austin Cangelosi voted as the tournament’s third star.

Journalists also selected an All-Star Line, voting for Jeremy Beaudry to join Matheson on the blueline, with Keck, Eberle and Blaze forward Mike Hammond selected upfront. Whistle, the only netminder to register a shutout at the tournament, was the media’s choice between the pipes.

As I explained in a recent episode of The Boar Sport Podcast, I voted as follows:

Given how closely my votes correlate with the final media awards, we can draw one of two conclusions. First, I know what I’m talking about. Second, the entire media pool knows nothing about hockey.

Naturally, I lean towards the first!

Look, I have very few complaints to make about the eventual winners of each of the awards.

Although he was kept off the box score in the final, Eberle had a fantastic, MVP-worthy tournament.

Whistle was simply astounding in net for Nottingham, hence why I selected him as my MVP.

Solder, my pick for top rookie, was a mainstay for the Storm, eating 13 minutes per game for Ryan Finnerty’s side. In all honesty, Warburton was my #2 option.

The only slight surprise for me? I didn’t think Kirk would be crowned as the tournament’s Best British Player. That isn’t a criticism of Kirk (he was great, especially before he was blighted by injury), I just felt that Hammond’s production for Coventry was worthy of a gong.

Please direct any complaints regarding my voting ballot to @BoarSport. Ciao! 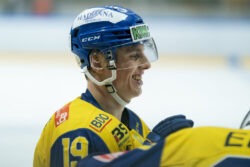 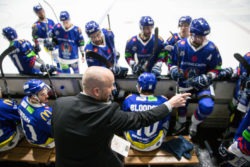