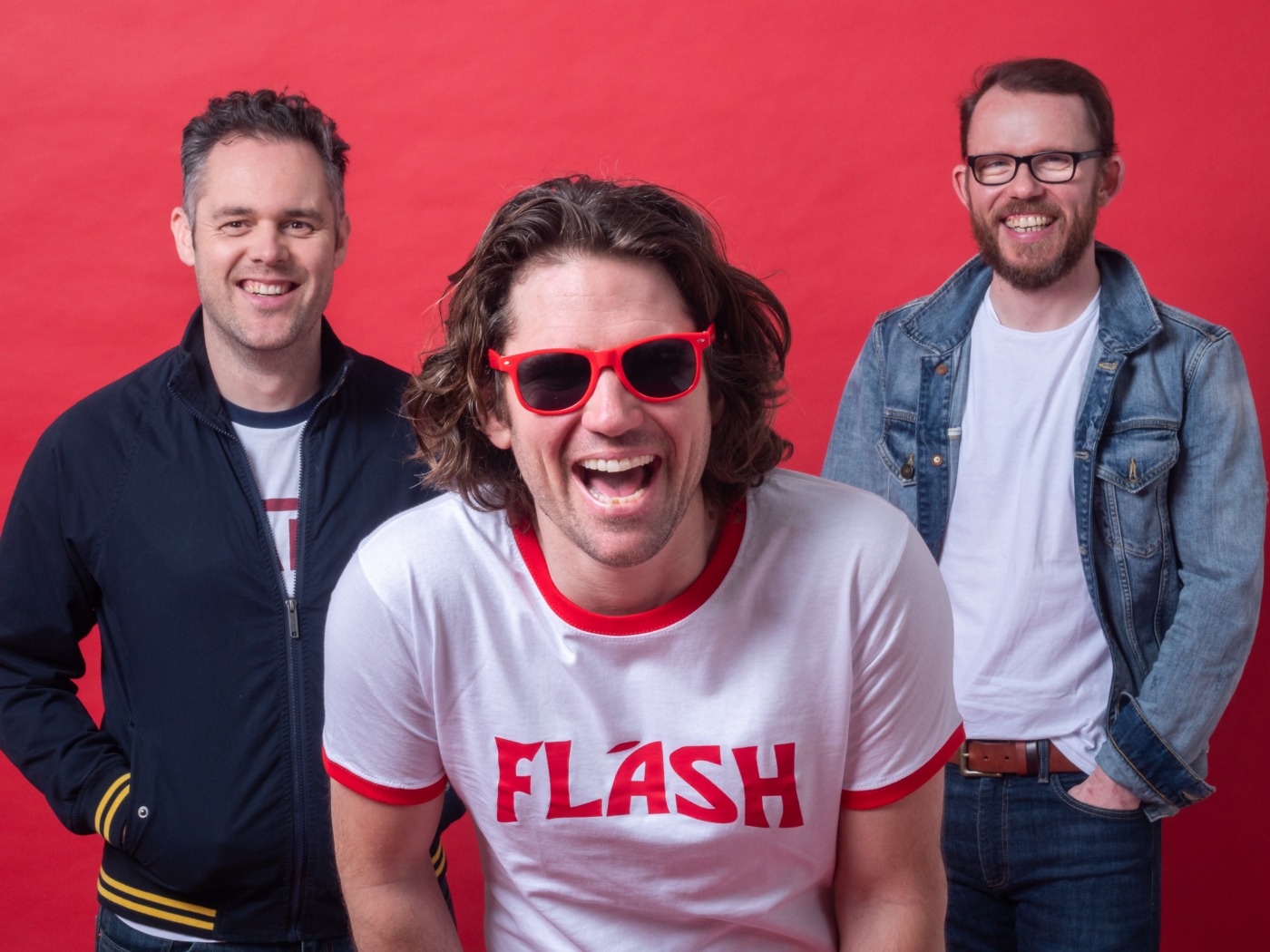 “I want to hear Justin Bieber sing ‘She’s So Lovely'”: a Q&A with Scouting For Girls’ Roy Stride

Scouting For Girls shot to fame in 2007 with ‘She’s So Lovely’ and haven’t stopped since then. Thirteen years later, the band is exploring something completely new: an album full of covers of eighties tunes (along with a couple of original songs as well). Frontman Roy Stride discusses the new album, upcoming tour, and the past thirteen years.

As it’s impossible to not talk about what’s happened in the past year I was wondering what kind of lockdown stereotype you most associated yourself with? Did you do Couch to 5K or binge watch Tiger King and make banana bread?

“I heard that in lockdown you either became a monk, a chunk, or a hunk, and I think I managed to do all three in the first three months. I ate huge amounts, got very drunk by myself and then got really super healthy and monk like, and into exercise so I think I did everything that you could do.”

Where did the idea of the album come from? Had it already been in the works or was it a product of lockdown boredom or escapism?

“It was both. It was an idea we had on a tour bus very late at night – around four in the morning, drunkenly singing along to eighties songs, one of which was ‘Easy Lover’ by Phil Collins, and somebody said, ‘You should do a whole album of eighties songs and call it Easy Cover,’ which seemed like a really clever idea at four in the morning. Obviously we woke up and realised that it was probably one of the worst ideas we’d ever had. Then, during lockdown, suddenly, out of a combination of boredom and escapism, it seemed like a really good idea again and that’s how it started.”

I think the pun is absolutely brilliant.

So with the album comes the tour, how do you imagine the first moment when you step out on the stage and its full of people who haven’t left their houses in a year?  Do you think it’ll be exciting or nerve-wreaking?

“I’ve never been more excited for a tour in my life, not even our first tour. I think especially after being stuck at home for eighteen months – we had to cancel 98 shows last year so I can’t wait to get out on tour.”

As your album has so many covers on it, if any artist could cover one of your songs, who would you most want to hear perform which songs?

“I would like to hear Justin Bieber sing ‘She’s So Lovely’. I’m just trying to think of the biggest artists in world. Taylor Swift doing ‘This Ain’t A Love Song’ and probably The Killers doing ‘Heartbeat’.”

I’d love to hear any of them!

“So would my bank manager!”

I was wondering, as I’m from a student newspaper, what advice would you give to an eighteen-year-old version of yourself?

“I would say just believe in yourself and keep doing what you love. I didn’t get a record deal until I was 27. I went to university, mainly as a way of escaping doing a job, and still, six years later, I was still trying to make it. It’s really hard but if you do what you love for a living then you never work. I still wake up every day loving Monday morning because I love what I do for a living. You only get one life and life is so short. Don’t be afraid to chase your dreams and believe in yourself. There were times when I nearly took a different path and I’d never be where I am now and I’d never have had the life I have, so just believe in yourself and keep chasing that dream. It’s so hard because when I was around 25, most of my friends had proper jobs and were earning money and I was still living at home with no money, still trying to be a musician. I’d also say, bloody stick at the piano lessons!”

Something I’ve always loved in your music is the references to popular culture. So, in the spirit of that, and the ’80s theme of this album, what is your favourite ’80s movie?

“Top Gun probably – it is a cracking ’80s movie. Ghostbusters as well. The comedy in that is brilliant. Bill Murray is my favourite comedy actor – I’ll watch anything he’s in. They’re probably my two favourite ’80s movies.”

You’re about to embark on your biggest tour ever, what’s yet to come that you haven’t done yet?

“We haven’t done much abroad. Mainly, Scouting For Girls is just big in the UK and I’d love to do a show in Australia, or a bit more in Europe because we’ve never really done that. In the past, having young kids, I didn’t really want to go away, but now that they’re a bit older and we’ve been together for 18 months I really want to go away. I’d love to tour abroad. One of my friends said ‘I’m never going to say no to anything from here on,’ so I feel like that’s a good way of living your life.”

Easy Cover is out now. The band will be touring from September to November. 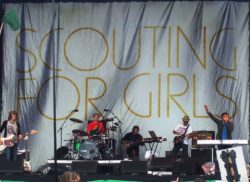 Laddish bravado, a relic from a bygone era: Scouting For Girls live 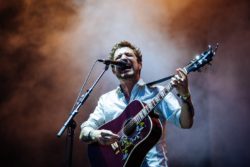