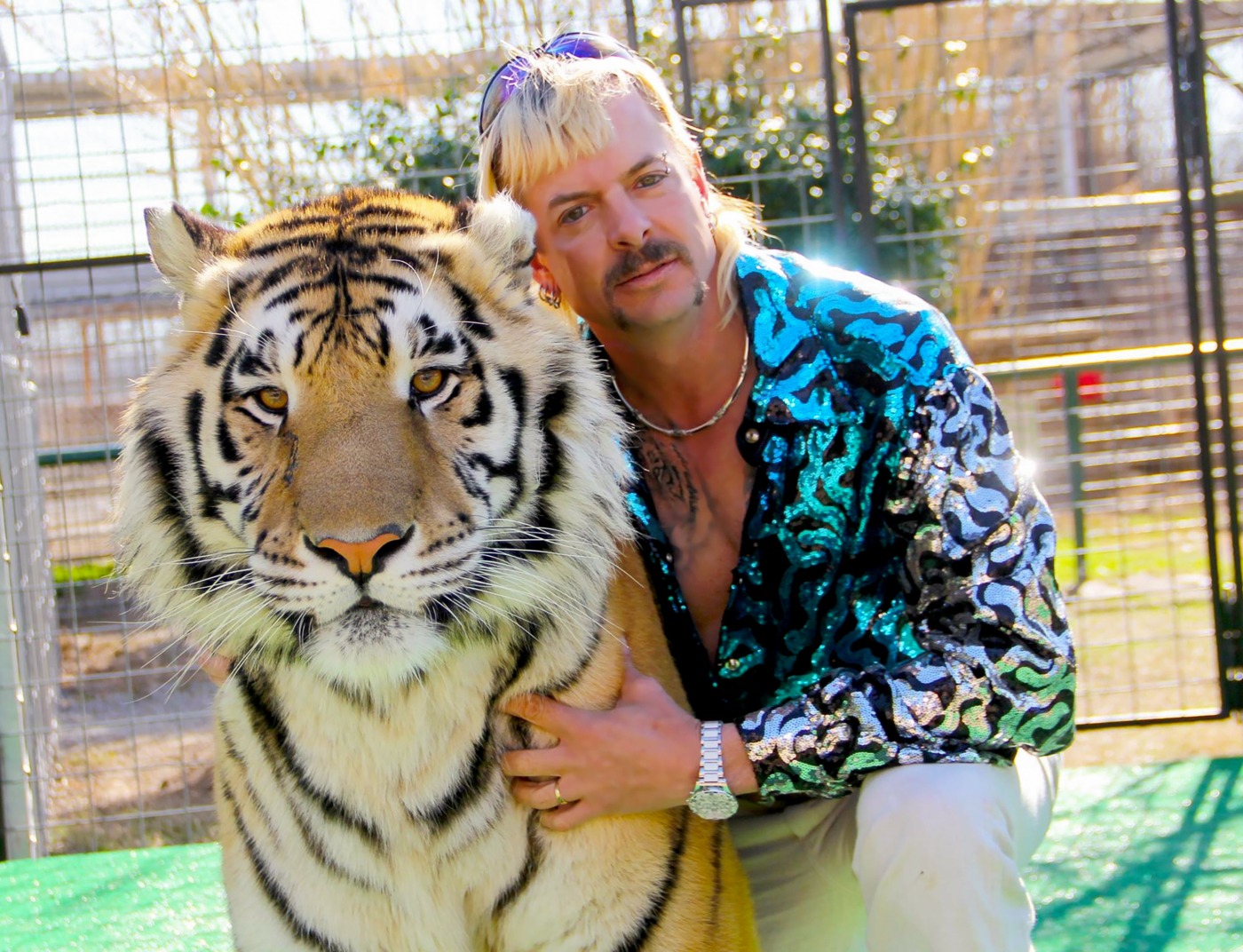 Cults, killing conspiracies and a murder for hire plot. The world of private animal ownership, and the pure insanity that comes with it, was unbeknownst to many before the airing of Netflix’s newest docu-series: Tiger King: Murder, Mayhem and Madness.

The coronavirus pandemic has left many of us in our homes, occupied by endless social media scrolling. Little did Netflix know that airing Tiger King and its prime star Joe Exotic would be the success that it has become, remaining as one of Netflix’s top 10 shows since its release. The seven-part series documents the horrific and enthralling world of big cats and their owners. Accepting Tiger King in all its madness and wild entertainment is necessary to get through it without falling too far forward off your seat in peaked interest.

Tiger King is a mess.

A train wreck that you just can’t help but look at, rewind, pause on funny moments and watch at least twice, just to be sure that what you’ve seen is a real fully-fledged documentary. I would describe it as a show filmed like The Office without the fourth wall breaking cuts. It seems as if everyone in the documentary is aware of the viewers that will be watching behind the screen. The slipshod filming allows for us as viewers to gawk at the exploitation of animals, and the exploitation of their exploiters too.

With all of the internet buzz about the show as soon as it aired on Netflix in March, I didn’t expect any of what was to come. The documentary skips into divulging multiple interesting threads of organised crime and the whirlwind that comes with Joe Exotic. There is a sense that this documentary opens numerous cans of worms and its impossible to navigate through all the chaos. In all its tattooed, gun-hoe glory of hillbilly Americans holding cats in cages, Tiger King explores the wider issue of animal exploitation. The industry of tiger breeding, cub petting and private-ownership regulations are all discussed, in between the shots of Joe shooting objects with explosives or revealing Joe Exotic condoms for his 2016 presidential campaign.

Vox wrote in a review of the show: “Its moral dubiousness might be part of why it’s so successful: It’s a show that’s impossible to watch without forming an opinion of its characters, then arguing over them later”. This is certainly true, the show grapples with complex issues around the ownership of exotic cats. Yet, the arguments for and against their captivity in the US is voiced through extremely questionable individuals. None of the “colourful characters” in the documentary are innocent.

Joe, Baskin, and Antle, amongst the other zoo runners and private owners, are not the victims, despite their opposing views, politics and ethical standpoints being used as ironic entertainment for the pleasure of the viewer. The point is to display their tactics to profit on the exotic animals they own, whether it’s for monetary purposes or the glitz and glamour of wildlife rescue centres hating them.

In all its tattooed, gun-hoe glory of hillbilly Americans holding cats in cages, Tiger King explores the wider issue of animal exploitation

While the purpose is to inform about a pressing issue, the documentary utilises the format of an entertaining narrative to engage the viewer. The difference here from many of Netflix’s documentaries is Joe Exotic. He is as problematic as he is watchable. Tiger King attempts to make comments about the reality of the exotic animal trade, but the distraction of Joe’s escapades makes it hard to take it all seriously. The content of the docu-series creates an “I need to know more” excitement in the viewer. Although the tigers are completely forgotten by both the viewer and all sides involved at one point, and the series has trouble concluding back to this issue.

In reality, it’s introspective to the life of Joe Exotic and his “small empire”. His entire aura infiltrates every underlying comment in the documentary. There’s an unavoidable link between all the threads within the story and the self-professed Tiger King himself. From his comedic antics to his shocking remarks, it is hard to pull your eyes away from such a polarising figure.

The moral dilemma surrounding Tiger King leaves viewers juggling many perspectives when it comes to animal rights. There are no winners here. Since the stats from the documentary show that there are more than twice as many tigers owned privately in the US than the entire wild.

Tiger King attempts to make comments about the reality of the exotic animal trade, but the distraction of Joe’s escapades makes it hard to take it all seriously

Joe Exotic embodies the best and worst of reality TV at its core; believability and unbelievability. And Tiger King uses this to its advantage to tackle the issue of presenting a message through entertainment. He is, throughout the entire series, a person that you cannot believe exists, but somehow you are convinced that they do. From the mullet to the studio albums he’s released, to strutting around with a knee brace and an envious bedazzled shirt collection.

Tiger King and Joe grip you from the very start. We may begin as outsiders, watching the disaster unfold around Joe, up till he lands himself in prison. However, Tiger King points out the reality that we contribute to, the endangerment of animals that he, and others who have run scot-free, exploited.