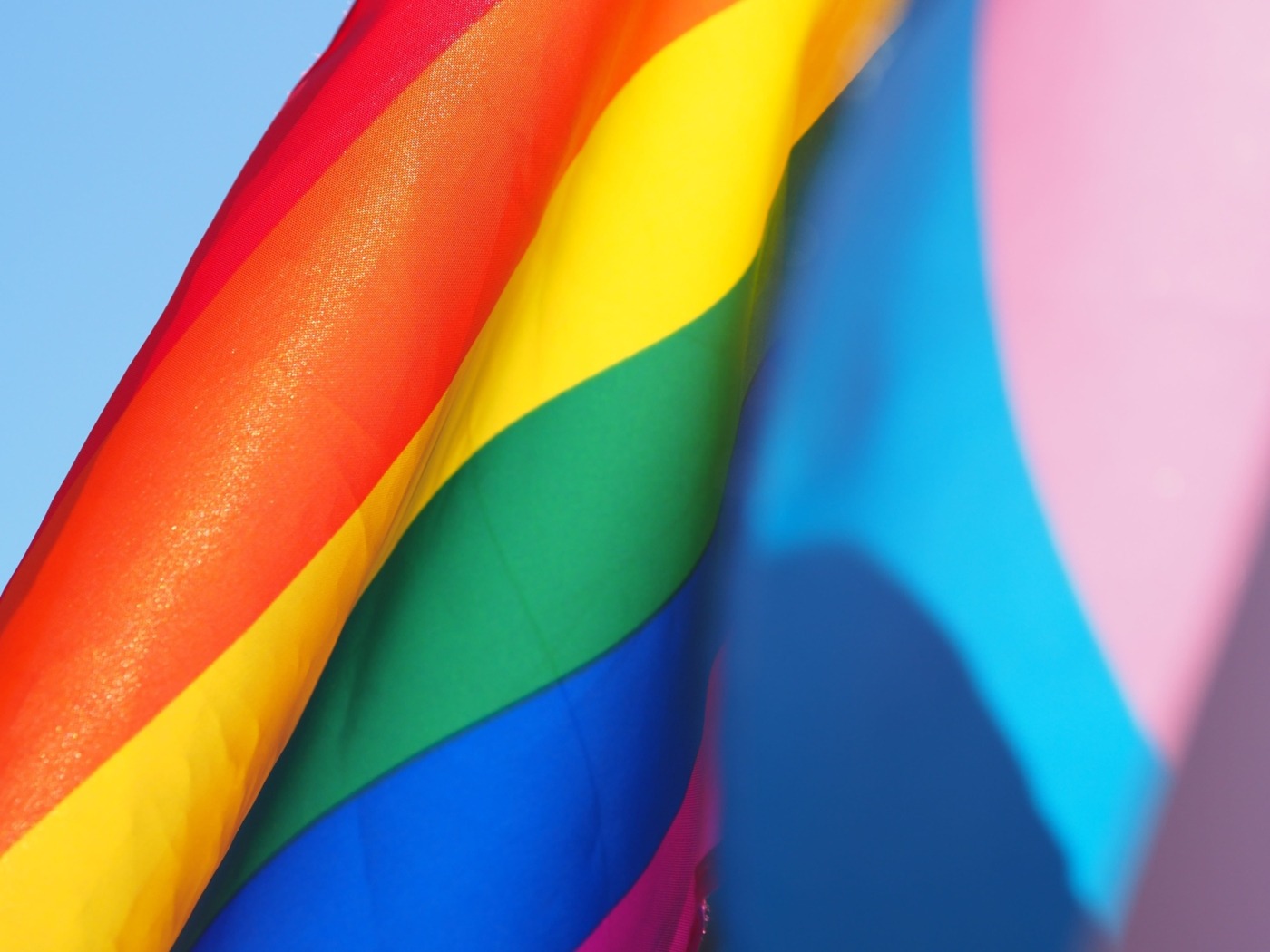 L GBTQIA+ Brits have helped to shape the UK and the wider world throughout history. From political advocacy, codebreaking, music and culture, LGBTQIA+ Britons have influenced every walk of life. In a collaborative piece, Shannon McGuigan, Bailey Agbai, Cristina Maino and Amoy Daley have highlighted the life and achievements of some of the UK’s most influential gay, lesbian, bisexual, transgender and queer figures.

While only a handful of the inspiring LGBTQIA+ figures, the names and legacies of Alan Turing, Lady Phyll, George Michael and Munroe Bergdorf will be found in the history books for decades to come. LGBTQIA+ history month has highlighted some of these amazing individuals, who are gradually being granted their place into mainstream history courses after decades of erasure.

Dr Alan Mathison Turing was the genius behind the Enigma device that deduced the codes of the German opposition during the Second World War. Alan Turing’s genius during the war played a great role in aiding Britain to victory during WW2.

Despite Dr Alan Mathison Turing’s huge contributions during the war, his contributions of genius to the world did not begin or end there. Born in London on the 23 of June 1912, Turing’s genius shone through during the early years of his life at Sherborne school where his ability of imagination, originality complimented his academic abilities. Later in 1931, he enrolled at King’s College, Cambridge, where his innovative ideas regarding computing machines began to flourish. Post Cambridge, he a short spell at Princeton in the United States then returned to the UK to work in codebreaking. During the outbreak of the war, he began working at Bletchley Park where he made huge contributions to the British victory during WW2.

Turing’s findings cemented his legacy as ‘The Father of Modern Computing’.

After the war, he became a reader at the University of Manchester in the theory of computing. Turing’s intelligence was one of a few responsible for the “mechanical brains” named “Ace” and “Madam” (Manchester Automatic Digital Machine). Turing’s findings cemented his legacy as ‘The Father of Modern Computing’. His achievements and contributions to advancement were not limited to computing but also extended into multiple disciplines including biology and chemistry.

The importance of Turing’s work has been increasingly highlighted over time. His works and struggles have been displayed through several plays, a biography, as well as Benedict’s Cumberbatch’s depiction of him in the 2014 film ‘The Imitation Game’. To pay reverence to Turing’s contributions to computing, biology, chemistry and Britain, the Bank of England made one of the faces of the new £50 note in 2019.

Despite these acts of admiration and thankfulness, honouring Turing’s huge contributions to Britain’s’ WW2 victory and huge additions to multiple scientific disciplines, Britain did not always honour their WW2 hero. After a burglary at his home unveiling his relationship with a man to the police, Turing was found guilty of gross indecency. Turing was forced to decide between imprisonment or enduring chemical castration, which included horrifically painful hormonal injections which were deemed as a form of “treatment” for homosexuality. In June 1954, Alan Turing died at the age of 41 at his home in Wilmslow, Manchester.

The Queen signed a pardon for Turing on Christmas Eve 2013. The legacy of Turing will live on forever in the machines we use every day, and the huge advances the contributed to. Alan Turing will be engraved in British history forevermore, as not only ‘The Father of Modern Computing’ and his huge contributions to multiple scientific disciplines but as an LGBTQ+ icon.

she has shown admirable integrity and sincerity through her activism, which has reached and touched the lives of millions across the UK and the world.

Phyllis Opoku-Gyimah, otherwise known as Lady Phyll, is the British political activist, co-founder and director of UK Black Pride. The event is aimed at celebrating “LGBTQ people of African, Asian, Caribbean, Middle Eastern and Latin American descent” in advocacy of the health and well-being of people in these communities.

UK Black Pride is particularly indispensable in the wake of Brexit, which has sparked an increase in discrimination and hate crimes against the LGBTQ+ community. The intersection of racism, homophobia and transphobia makes Black Pride even more vital. Lady Phyll has been recognised by several awards, including the Black LGBT community award and has been honoured for her advocacy for social change. In the 2016 New Year Honours, she powerfully refused an MBE in protest against “colonialism and its toxic and enduring legacy in the Commonwealth”.

She was also appointed Executive Director of the human rights charity Kaleidoscope Trust, becoming the first Black woman to head a leading LGBTQ+ organisation in the UK. Lady Phyll is active in several other organisations and has reached millions with her determined, inspiring and hopeful activism. Throughout her career, she has shown admirable integrity and sincerity through her activism, which has reached and touched the lives of millions across the UK and the world.

George Michael (1963 – 2016) by Bailey Agbai
George Michael, born Georgios Kyriacos Panayiotou, has a legacy perhaps definable by his fight for LGBT+ rights and his struggle at the hands of those against them.

coming out saw George Michael find his voice and immediately use it for the greater good.

In 1998, he was arrested for engaging in a sexual act with an undercover police officer and subsequently outed in the media. Instead of withdrawing himself from the public eye and the trial by tabloid that he was facing, he came out as gay and became a prominent advocate for gay rights in addition to an already public passion for HIV charity campaigning. Despite it being involuntary, coming out saw George Michael find his voice and immediately use it for the greater good.

It wasn’t only his personal life and public statements that made him an icon, his music is also an important factor in his legacy. Not only does it surpass the boundaries of genres like pop and R&B, it is the work of a perfectionist with a vision and manages to still carry poignant social commentaries on issues such as the AIDS pandemic of the 1980s and racism.

Ultimately, it isn’t necessarily his openness or bravery that make him such a LGBTQIA+ treasure, it was his empathy. George Michael’s legacy transcends the parameters of the LGBTQIA+ community; his actions and words have touched music culture, and society in general, and will live on forever.

Munroe Bergdorf is a mixed-race British transgender model, writer, and activist. She is credited with being one of the most prominent voices for transgender rights in Britain which is shown through her continuous campaigning. At just 33 years old, Munroe has made her mark as an icon and trailblazer, paving the way for transgender youth and consistently using her voice to fight for what she believes in.

Bergdorf has also been very vocal in the fight against conversion therapy and calling for its ban in the UK.

In 2018, she produced the documentary ‘What Makes A Woman?’ with Channel 4 where she explored the social and biological concepts of womanhood and gender. In July 2019, Bergdorf was presented with an honorary doctorate from the University of Brighton as a testament to her activism and campaigning for transgender rights. Since then, she became the LGBTQ+ editor for Dazed Beauty and frequently and openly supports charity Mermaid’s which offers support to transgender children and their families. Bergdorf has also been very vocal in the fight against conversion therapy and calling for its ban in the UK.

In addition to this, Munroe Bergdorf has also been incredibly vocal about her anti-racism work. She was the first transgender model for L’Oréal, but was dropped in September 2017 after comments she made on Facebook about white supremacy and white privilege. This led to Bergdorf receiving a mass amount of transphobic and racist abuse online after being branded ‘racist’ by right-wing media outlets.

In the wake of the Black Lives Matter protests in 2020, Munroe continued to fight against racism. After revealing that she never received an apology from L’Oréal, the brand reconciled with her and appointed her to their Diversity and Inclusions Board. She also continues to talk about her journey and has her own website where you can find her recent works and interviews with various media companies.

Munroe Bergdorf has successfully cemented herself as a role-model and icon within the LGBTQ+ community and she continues to use her platform to uplift other members of the LGBTQ+. There’s no doubt that she has truly paved the way for all those who will come after her, her constant bravery, especially in the face of adversary is definitely going to be remembered.