I have previously complained about the power of publishers over the book industry. No matter your thoughts on President Donald Trump and his administration, the first question that comes to mind is why big publishing houses think they have the right to determine history and its sources. Why have consumers let them accrue this power? As a History and Politics student, I am unsettled by the idea that publishing houses have taken upon themselves the power to attempt to determine the sources for this era.

Signatories of the open letter calling to ban Trump’s memoir include staffers from Penguin Random House (again), Hachette Book Group, HarperCollins, Simon & Schuster (again), and Macmillan. The feelings are not limited to a small group, rather they are widespread across the industry.

The condemnation in the open letter is broad: it could technically ensnare anyone who was involved in the administration over Trump’s four years, ranging from Trump himself and his cabinet down to the hundreds of thousands of federal staff and the hundreds of Trump-appointed judges (his appointees are a quarter of all federal judges). The focus is on Trump himself, but the implication is that the ban-brush, or cancel-brush, could have broad strokes. This accentuates the question about the power and role of publishers in the age of mass information on the internet.

There appears to be a lack of high-minded principle or reason behind the letter. I say this because the signatories give away their dislike of Trump and his presidency by listing off other complaints about his tenure; they diminish the January 6 riot to but a useful tool. The opposition to publishing books by people staffers dislike individually is not just limited to Trump, or Trump in the context of 6 January: we not only had a Penguin Random House protest over Jordan Peterson but also a recent withdrawal of Senator Josh Hawley’s book deal.

How would one write a history of the Trump era without considering his side’s recollection of it?

It reeks of pure self-interested opportunism; it is just the latest manifestation of publishers and their staffers flexing their muscles. If they truly wanted to do this for non-self-interested reasons they would not have waited until after Trump was out of office. They were happy to take anti-Trump deals from those in his administration, after all. This may be regarded as cynical, but it is an important question – what is the role of publishers and do they have the right to gatekeep even in situations like these?

Publishing is not endorsement. I thought that had been long settled, a world where one agrees with everything their company publishes or produces does not exist. I do not want to find in the future that primary material from the 2010s and beyond is solely from one side of the argument. How would one write a history of the Trump era without considering his side’s recollection of it? Banning the publishing of such books will have consequences I am not comfortable with from an academic perspective.

The current open letter is unlikely to get anywhere. There are other publishers, and self-publishing exists. And with Trump having the knack for self-advertising, even being banned from everything from Twitter and Twitch to Shopify and Spotify, there is no way to silence him as many wished or hoped.

Given this, I want to take this elsewhere. It shows we need a wholescale reflection on the publishing industry, do they have the interests of their staff or the consumers at heart, or neither? We need to ask what their role in modern society is, whether they are neutral facilitators, or editors that will only publish what they endorse. How can this even be the case as they are merely a collective of disparate individuals, each with differing opinions? Does the limited number of major publishers who work together at times like these mean they hold too much power?

As a final note, money talks. With Trump voters making up half the country and his opponents probably waiting for anything he says or does, it is likely someone will take the opportunity. There is no route to fully banning any book deals from the Trump administration, no one should put hope in that. If anything, caving to internal pressure may diminish the publishers’ power. The amount of money that could be lost by this means it will ultimately fail, but if they do succeed it could lead to some much-needed questions about the industry. Hawley’s book got published elsewhere and the Peterson protest failed – in an age of information, major publishers may be on the defence. 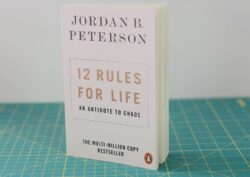 If I could meet any author: Ayn Rand

Why ‘1984’ resonates with a polarized America