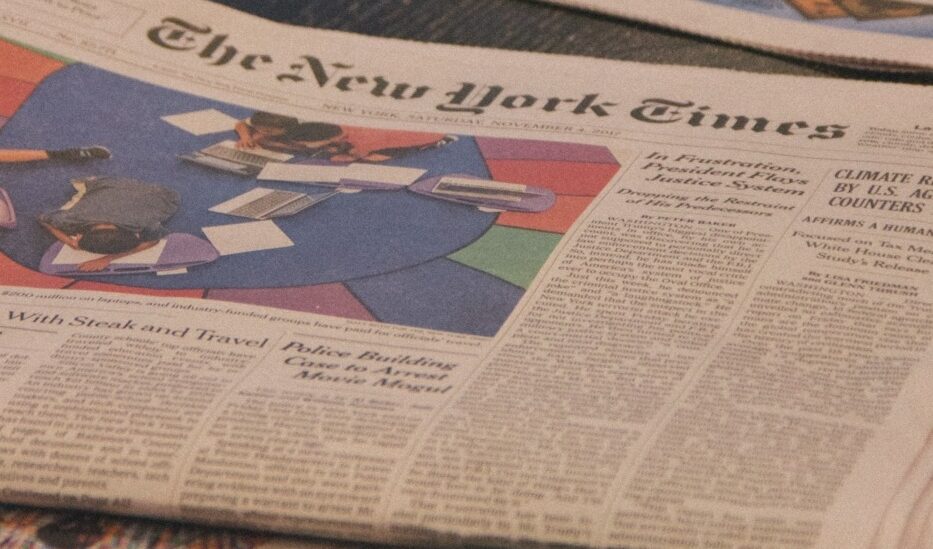 The American media must hold Joe Biden to account

The war between Donald Trump and the media was well documented during his presidency. But now, with Trump out of the Oval Office, the media has changed from open combat to something resembling boot-licking. Here’s a look at how the media has covered and will cover Joe Biden, and why it’s dangerous in a polarised America.

I’ve previously written about how, during the campaign, the media went out of its way to avoid covering any story harmful to Biden. Sexual assault allegations and frequent gaffes were dismissed, and many of Biden’s policy positions were entirely glossed over in favour of criticising Trump. I’ll be fair, Trump went out of his way to be the story throughout the campaign, but this was a two-person election and only one person attracted any significant coverage whatsoever. Even the Hunter Biden email scandal, which would have raised major corruption questions in normal times, was ignored and suppressed. NPR even said: “We don’t want to waste our time on stories that are not really stories.”

When Biden was elected, you’d have expected some degree of journalism about his policy positions and plans for the country. No such luck there. Instead, we got puff pieces about Biden and his wife arguing occasionally over who rides their Peloton bike first in the morning, his dog receiving an ‘indoguration’ or just how much he loves ice cream. Vice-president Kamala Harris was benefitting from fluff about her amazing relatable Converse shoes and how she met her husband. The Washington Post has already said they won’t be counting Biden’s lies, and don’t hold your breath waiting for his every statement and thought to be fact-checked. Every leader (except Trump) received a small honeymoon period from the press, but for some journalists, even this was too much – the Washington Post’s Margaret Sullivan has already warned the press they should be softer on the president.

They love him for what’s he not (Trump), and for what he is (one of them), and it’s obvious as the nose on your face

Come the inauguration, and journalists were besides themselves with joy – they’d got rid of the orange man they so clearly hated. CNN’s John King described the day as having “an air of cleansing”, while Elex Michaelson focused on how significant it was that Trump’s inauguration had rainy weather while Biden’s was a sunny day. David Chalian said that lights surrounding the National Mall were like “extensions of Joe Biden’s arms embracing America”. They love him for what’s he not (Trump), and for what he is (one of them), and it’s obvious as the nose on your face. (And they really love Kamala Harris – if Biden fails to last four years as a majority of Americans suspect, expect the press worship to dial up to a level reserved for gods.)

Already, it’s back to business as usual. It was press secretary Jen Psaki’s first briefing a day ago, and she emerged promising “transparency”. She was asked a number of questions about Biden’s positions – whether he would expand abortion funding as a devout Catholic, and whether he supported eliminating the Senate filibuster – and she deflected them. No issue there, as every press secretary does. She was asked about Biden not wearing a mask on federal property immediately after mandating wearing masks on federal property, and she dismissed it: he was celebrating and there were “bigger issues to worry [about]”. Imagine if Trump didn’t wear a mask after demanding everyone else did – that would be the news cycle for a week, not merely shrugged off.

The media so clearly hated Trump for four years, and their distaste so obviously coloured their reporting at every turn. As a result, American trust in the media has collapsed to an all-time low. 56% of Americans agree with the statement that “journalists and reporters are purposely trying to mislead people by saying things they know are false or gross exaggerations,” while 58% think “most news organisations are more concerned with supporting an ideology or political position than with informing the public”. And, if you watch American news, it’s so partisan, I’m amazed the numbers are that low. From minimising riots they support to ignoring Dr Fauci’s comments about Trump’s vaccine success, it’s evident the media is less concerned with reporting the news than crafting a narrative about their version of America. This is unacceptable and, at a time when fake news is a real problem, genuinely dangerous.

I don’t want the media to be excessively harsh on Biden, far from it. I just want them to ignore their obvious political preferences and do their jobs honestly, asking hard questions and following up genuine news stories, instead of basking in reverence of the candidate they preferred. The health of a democracy rests on a free press holding the powerful to account – when the media is essentially functioning as the press wing of the Democrat Party, it’s no wonder that trust is collapsing.