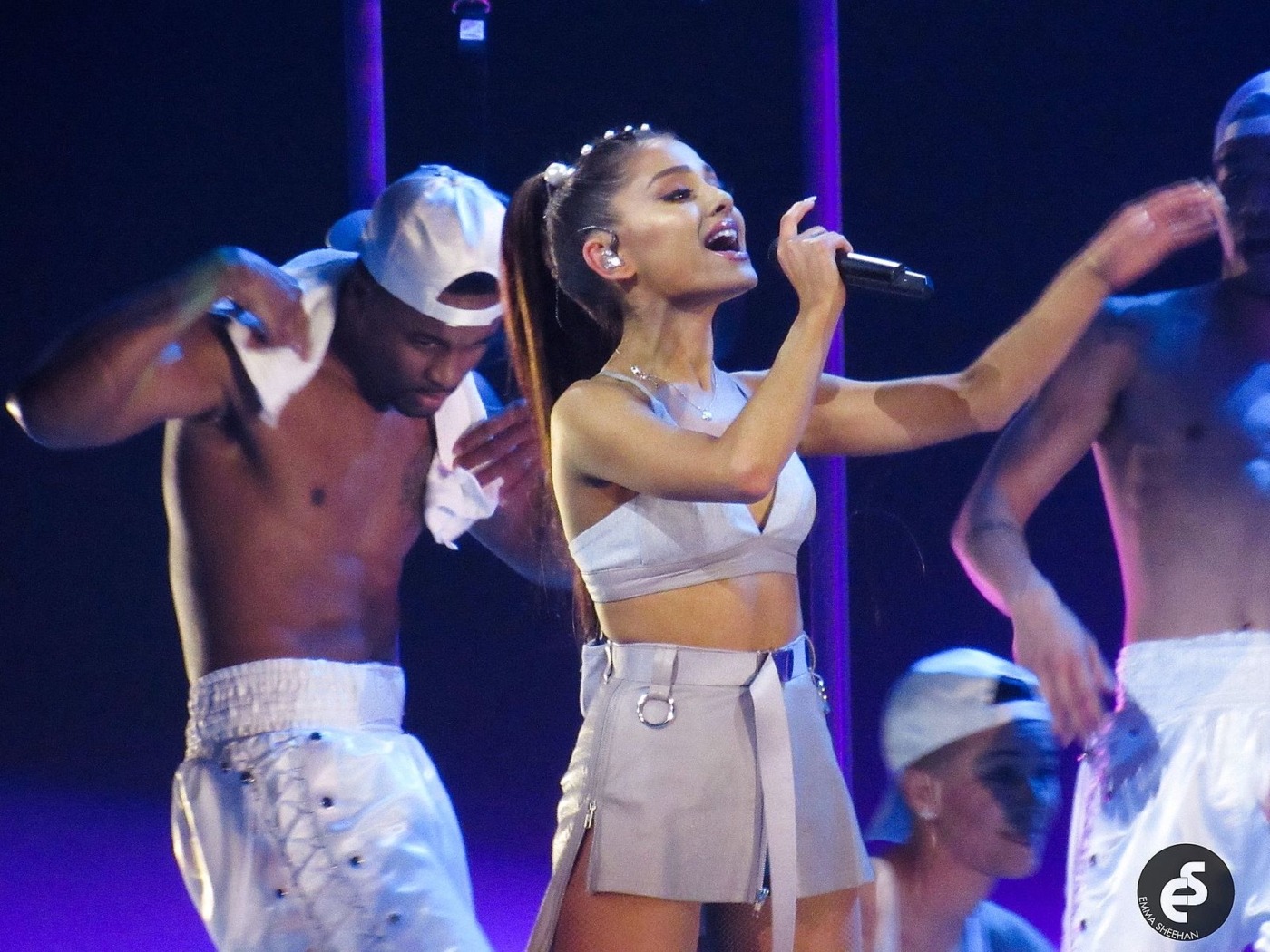 The reconciliation of Ariana Grande with the Manchester Bombings, the death of Mac Miller, and her recent collaboration with Justin Bieber, reveals the profound moral perversity of a world which relies on the non-existence of meaning; possibly explaining the truly awful ‘34+35’ from her album Positions.

Ariana Grande’s relationship with tragedy in her life has allowed her past albums (Thank U, Next and Sweetener) to take on a machine-tooled, mechanised, socially engineered, and manipulated candy-like form of pathos and dramatic beauty. I was really looking forward to another 16 songs about sadness and loss, but Positions feels conflicted. Perhaps from fear of being pigeonholed, Grande has chosen to strip herself of all sense and meaning.

Despite the narcissism and princess-like sentimentality her music capitalises on, it’s impossible to feel superior to Ariana Grande

Positions resembles the ludicrous stylishness of her high ponytail. That is to say, although she has always preferred the imitation to the authentic, the 2020 album resembles nothing more than the shampooed, straightened and glossy aesthetic of feeling. Despite the narcissism and princess-like sentimentality her music usually capitalises on, it’s impossible to feel superior to Ariana Grande even now. She, being so famous and just so fabulous, can afford now, rather bleakly, to make a spectacle of herself. Positions is so bad it’s good.

Perhaps in culture today, vulgarity, bad taste, cynicism, sarcasm, style and the active destruction of substance are regarded as a kind of birth right of the broken people; any attempt to create music less than terrible is viewed as an invasion from the outside, an attack on the tyranny of the empty and the soulless. In the la la land that is the music-industry, there is so much money and power connected to a talent for being hysterical and traumatised that it is no longer weird. Ludicrous song-writing now commands a kind of respect.

Positions is kind of like a musical version of the book, Everything You Wanted to Know About Sex (But Were Afraid to Ask), but only if you no longer cared for the answer. Her music rises above vulgarity: the detached eroticism arouses a conservative smirk in even the most ardent liberated liberal. Tracks like ’34+35′ (“I want to 69 you”) hold a self-annihilating mathematical precision which calls to mind the Jackson 5’s ‘ABC’ (“A B C, 1 2 3/ Baby, you and me girl”). Songs like ‘six thirty’ (“Are you down, what’s up?”) and ‘nasty’ (“Like this pussy designed for you”) are incoherent, meaningless, and perhaps that’s why we like them, but it’s also why they aren’t any good.

While Thank U, Next had a stream of singles spun out of commercial beauty, and Sweetener tempted the ethereal, Positions is a borderline split between beauty and the beast, and has a sense of never quite knowing what the album wants to be, therefore having a distinctly awkward quality. The angel spreads her wings in ‘just like magic’, which has a kind of ‘delicate fairy dust, heart of a singing bird, flower-like’ fragility (“Take my pen and write some love letters to heaven”) which is virtually absurd when preceded by the far darker ‘motive’ (“I could call bullshit out from a mile away”).

Perhaps, the issue is lack of an internal self in her music

Musically, the most charming and clever song is ‘love language’ with its disco strings and nostalgia: (“If you gonna keep speaking my love language/ You can talk your shit all night”). There’s a chaotic strangeness to a song like ‘my hair’ (“It’s been way long overdue/ Just like these inches down my back”). In a sense, Ariana Grande, for all her tragedy, trauma, beauty, horror and sublime sadness, has, in her twenty-six years, become nothing else but a sex symbol much like her hair. As soon we stop caring for her locks, she will pretty much sink into anonymity.

Her most truthful song, the answer to the real deep problem of her entire album and career, is ‘pov’: (“The way that you love me/ For all of my pretty and all of my ugly too/ I’d love to see me from your point of view”). It’s sweet in the sense you want to disagree with her, but you’d have to have a heart of stone to ignore the intrusive sentimentality of this slightly incongruous love ballad. Perhaps, the issue is lack of an internal self in her music. Ariana wears the male gaze as her 20/20 vision glasses, existing from the perspective of ‘other’: the brand of a person, not the real her. But overall, ‘pov’ is a fantasy of Ariana that has allowed her to survive: the self-effacing, charming, vulnerable mythology which, back in 2010, sprung her career from the womb. This self-perpetuating core of innocence, manipulated or real, keeps us from forgetting about her.

With Positions it’s hard to know whether we are looking at the polished, commercial and musical mechanisations of a woman who has forgotten how to feel. Perhaps that’s part of her charm: the desire to save the unsavable. The problem with the album is that it is suffocating in its own false cynicism, and worse, an honest level of musical arrogance. What songs can she actually get away with? That is to say: how vulgar can she go, and how far can we be led with the carrot of appreciation without ever actually enjoying truly mediocre songs? In a sense, I kind of hope she does an album similar to Folklore that saw Taylor Swift return to the musical virginity of her old country-pop. Taylor’s music, just like Ariana’s, was just better back before she became liberated and boring.