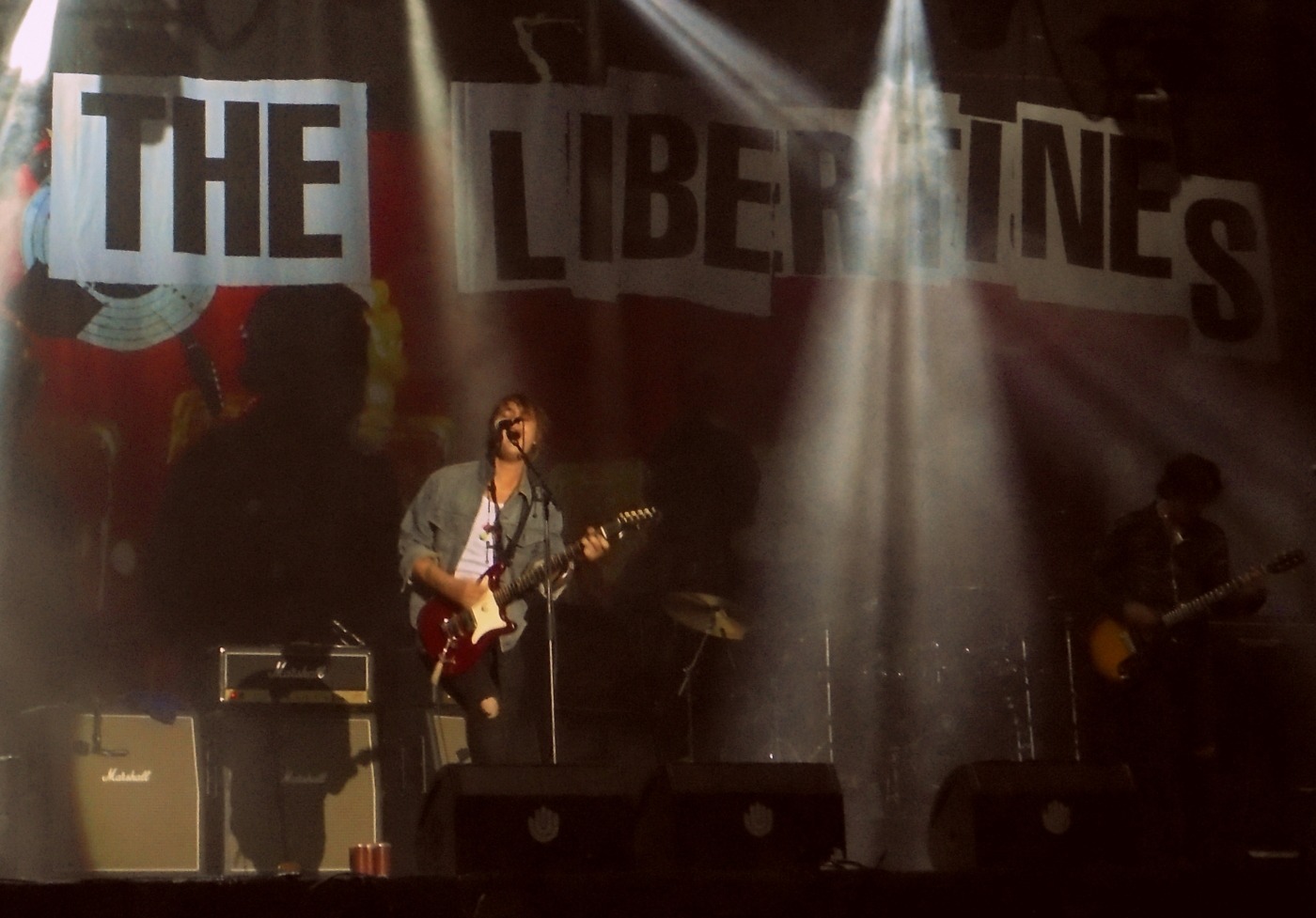 Created by frontmen Carl Barat and Peter Doherty in 1997, The Libertines gained notoriety in the early 2000s with their first album Up The Bracket. The band was based primarily around the pair’s chaotic partnership, alongside bassist John Hassall and drummer Gary Powell.

Inspired by an eclectic mix of bands such as The Smiths, The Sex Pistols, and The Clash, The Libertines are often dubbed as the cornerstones of the noughties garage-rock, post-punk revival following the downfall of nineties Britpop. Despite their commercial success (their 2004 self-titled album debuted at number one on the UK Albums Chart), the band was largely eclipsed by the constant tabloid scrutiny of Doherty and his high-profile drug addictions.

Due to internal conflict, The Libertines parted ways in 2004, despite being at the peak of their success. The rest of the decade saw separate ventures for the band, with Doherty and Barat going on to moderate levels of success with new bands (Babyshambles and the Dirty Pretty Things respectively), before eventually reuniting in 2010 and going on to release their latest album in 2015.

The Libertines were one of the last British guitar bands to build their own fortified and mythic scene: interacting with fans on the internet before it was mainstream; playing intimate guerrilla gigs to pay for rent (and drugs); and, most importantly, creating a narrative. It’s difficult to find many bands who create a story to encompass their entire image as The Libertines did, with their fantastical concept of the Good Ship of Albion (a metaphor for Britain) sailing to Arcadia – a utopian paradise of an idealised and poetic English landscape.

The Libertines were also close to their audience in a way that was uncommon at the time. There are countless tales of shows at their London flat, with after-parties where the band would take time to get to know their fans. It’s this narrative around their music as well as the genuine bond with the fanbase that makes The Libertines essential listening: they offer more than just music – they offer an experience and an ideology, where artist and fan are interchangeable.

Musicians usually adopt a type of pseudointellectual lyricism that tries, sometimes excessively, to be impressive. Often it does just that – impresses. But equally as frequent, they fail to resonate with the listener. This is where The Libertines differ. Their fuzzy, lo-fi sound, complete with bum notes, random screams and scrappy song-writing about friendship, riots, youth, and utopia create an undeniably personal and gritty feel to their music, underpinned by an inexplicable feeling of nostalgia.

The rough-around-the-edges style mimics the youthful and wayward topics covered in their music. One example of this is Up The Bracket’s ‘Time For Heroes’. The third single from their 2002 album, which grew out of Peter Doherty’s experience at the 2000 Mayday Riots, became a fan-favourite upon its release- unpolished and exciting, it romanticises the “stylish kids in the riot”. The track is a blueprint of The Libertines’ penchant for nostalgia and romance, creating a fusion akin to Britpop meeting Victor Hugo, with lyrics such as “we’ll die in the class we were born, but that’s a class of our own, my love”.

Other bands might have a more polished sound and might have sold more records, but no band gave people something to believe in quite as The Libertines have

As Doherty said in 2007: “Oasis is the sound of a council estate singing its heart out, and The Libertines is the sound of someone just put in the rubbish chute at the back of the estate, trying to work out what day it was”. Some dub the lyricism of The Libertines as ‘poetic’, whilst others cast doubt on their status as such, but it is irrefutable that their lyrics are still evocative and real. Listen to their entire second album, the self-titled The Libertines released in 2004: throughout the record, Doherty and Barat share vocals in a way that sounds like a conversation from a real love/hate relationship, comparable to a drunk, English Beastie Boys.

This is best seen in ‘Can’t Stand Me Now’, one of the band’s most famous songs. Doherty and Barat argue on the track, with one singing “you can’t stand me now” as the other replies “no, you can’t stand me now.” The song was described by Doherty as a “Samuel Beckett-like dialogue between me and Carl [Barat]” to describe the pair’s crumbling union.

Pete Doherty’s high profile and crippling addiction to heroin rendered him prone to missing tour dates, with the media image beginning to overshadow the band’s work. The angst in their voices charged their lyrics and instrumentation with a palpable sentiment that involves you in their own very real conflict, letting you into their constant love/hate tug-of-war.

The Libertines’ ability to create chaotic, fast-paced, dance-around music that simultaneously told a story and involved the listener helps to understand their place as one of the most influential bands of the noughties, and not just ‘that drug-fuelled band Pete Doherty’s in’. Other bands might have a more polished sound and might have sold more records, but no band gave people something to believe in quite as The Libertines have.