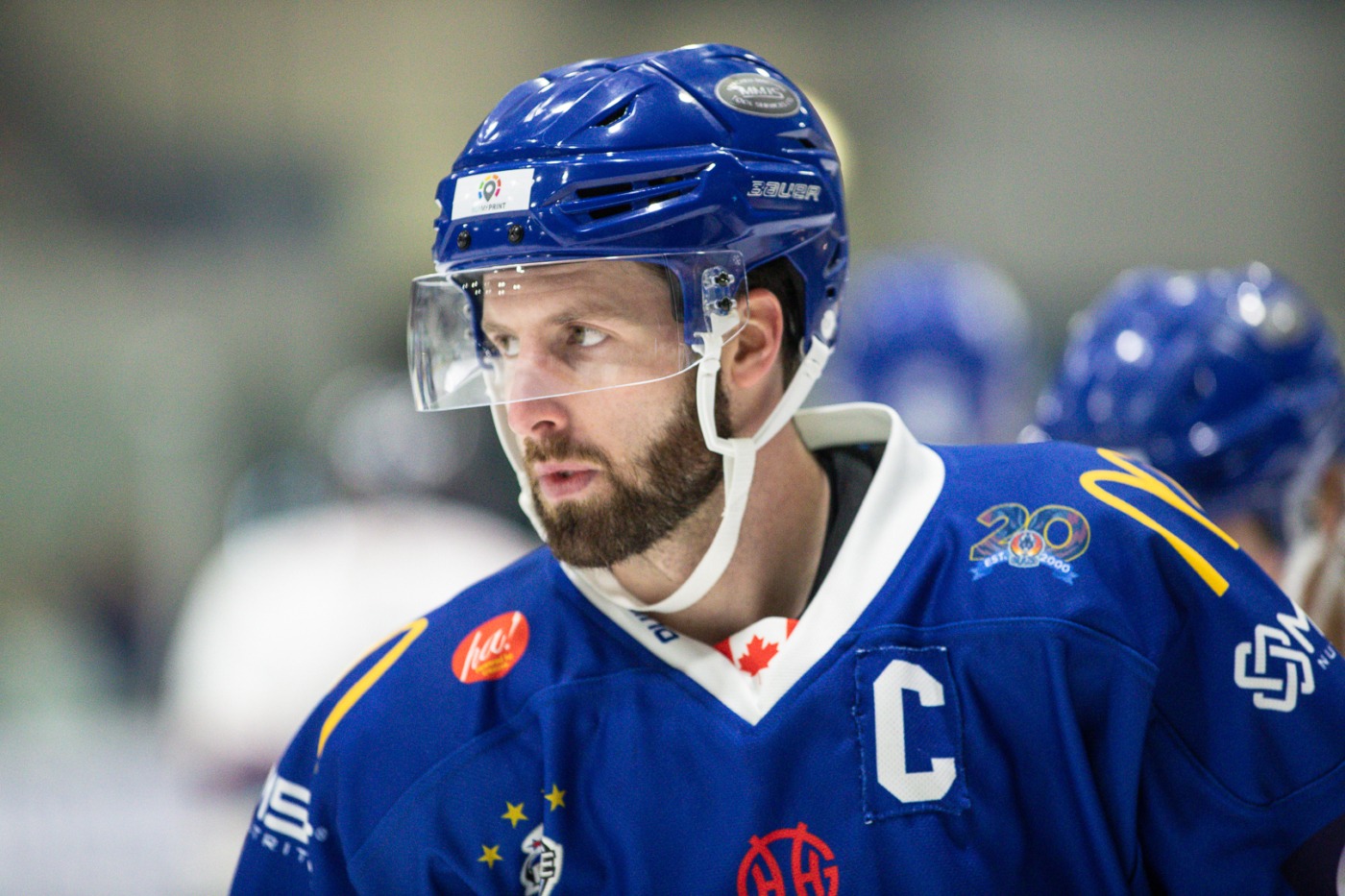 Coventry Blaze captain Drew Schiestel has agreed to return to the Skydome Arena for the 2020/21 Elite League season. It will be Scheiestel’s second season with the Blaze, after arriving in Coventry from the Cardiff Devils last year.

Head Coach Danny Stewart said, “Getting our Captain back was an integral part in us planning for next season. He is a huge part of our leadership group that played a big part in our success last season.

“On the ice Drew is as good a two-way defender as any in the league. For me he’s arguably the most elite skater in the league, which allows him to play a very good 200-foot game.

“He is another great pro who comes to work every day and that rubs off on others. He will again play a massive part in all situations for us. He had a nasty injury last season that saw him miss some time, but he came back and didn’t miss a beat. That’s the type of character we have leading our charge once again.”

Schiestel, who stands at 6’1” with a powerful left shot, started his hockey journey in the OHL. During his four seasons in the OHL, Schiestel featured in 267 regular season and playoff games for the Mississauga/Niagara IceDogs collecting an impressive 132 points.

Schiestel, 31, was picked in the second round of the 2007 NHL Draft by the Buffalo Sabres, later signing a three-year entry-level contract with the franchise. In 2010/11, the Canadian defenceman was selected as an AHL All-Star while playing for the Portland Pirates. Schiestel made 247 appearances in the AHL, before moving to Dusseldorfer EG in the DEL.

After spending a season in Germany, Schiestel’s European journey continued with stints in Denmark, Hungary (EBEL) and Norway. Since arriving in the United Kingdom – initially with the Devils – Schiestel has featured in 90 Elite League fixtures, producing 45 points from the blue-line.

Luke Ferrara, David Broll, Evan Bloodoff and C.J. Motte have also agreed to return to the Blaze next season.