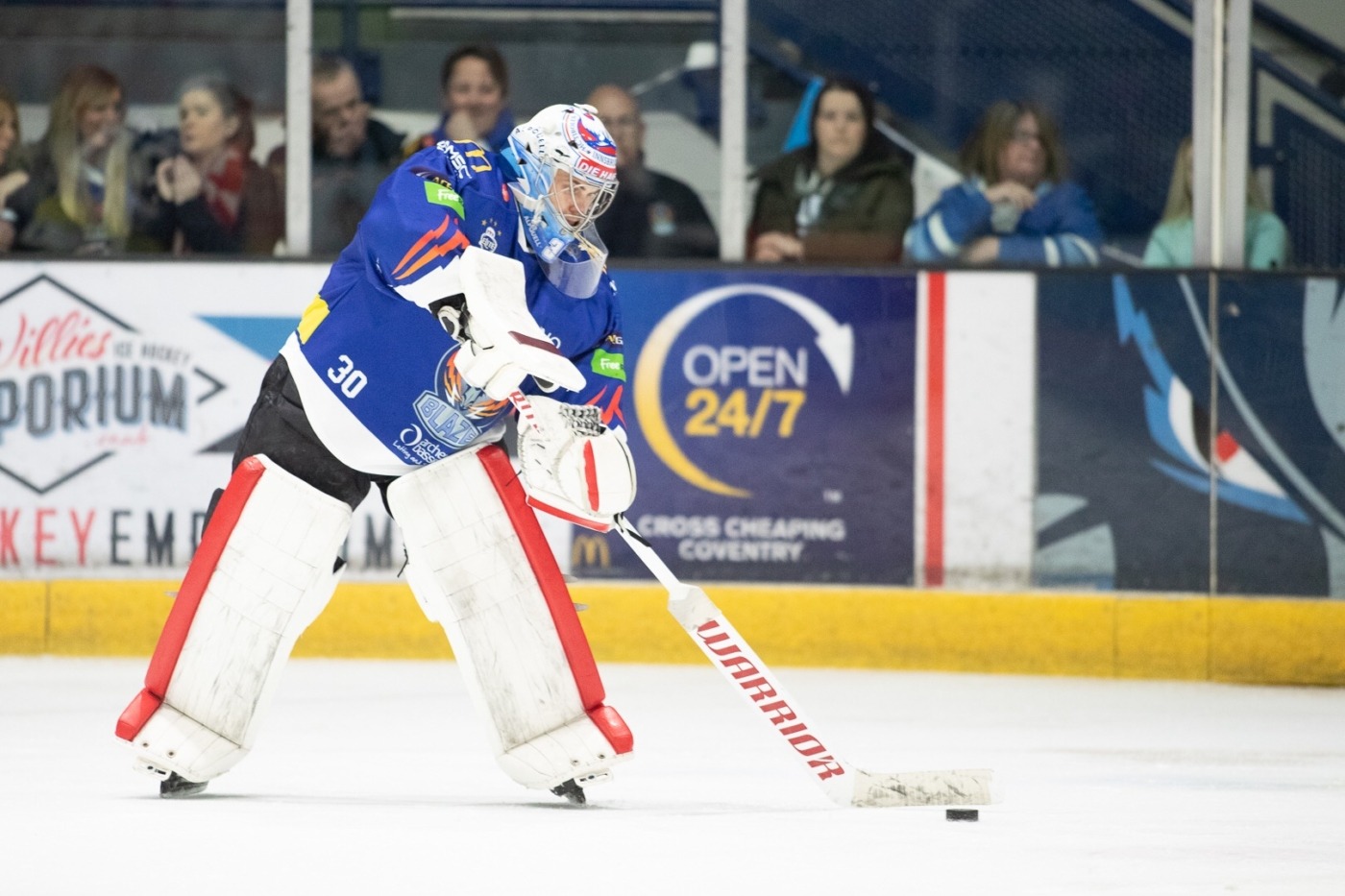 Coventry Blaze have completed the signing of netminder C.J. Motte. The 28-year-old American shot stopper returns to the Blaze after a successful start to his Coventry career last season.

The 6’0” St. Clair, MI native arrived in Coventry just before the turn of the year, upholding a 92.68% save-percentage. Motte helped lead the Blaze to a third place finish in 2020, before the Elite League season was curtailed due to Covid-19.

With an impressive 2.52 goals-against-average, Motte recorded 15 wins in 24 Elite League games including a streak of 17 consecutive games without losing before the season was prematurely halted.

Motte, a fan favourite upon his arrival at the Skydome Arena, earned three shut-outs, and was named in the fans first All-Star team.
Before joining the Blaze last season, Motte spent time in Austria with HC Innsbruck where he featured on 16 occasions. Before moving to Europe, Motte made over 200 appearances in the ECHL and AHL.

Prior to turning pro, Motte was a regular award winner and All-Star in the NCAA with Ferris State University.

Blaze Head Coach, Danny Stewart said: “I’m sure the fans will be thrilled with this news. It goes without saying that there has been a lot interest in C.J. from within our league and around Europe. So, we’re really pleased to have got a deal done and know that he is as committed to us as we are to him.

“He came in last season and completed our puzzle. It’s a cliché, but he truly gave us a chance to win every night. The consistency that he brought, with the level he played at, created another level of belief from the guys playing in front of him.

“Behind the scenes C.J. is a great pro and competitor. He works to get better every day and he wants to win at all costs. His will to win and attention to detail is infectious in the room. Getting him back gives us the best chance to build on last season and compete with anybody.”

Motte said, “I’m really excited to return to Coventry. We have a good group of guys coming back and I enjoyed Danny as a coach so that made my decision easier to come back. I think there’s a feeling of unfinished business so I’m looking forward to coming back and continuing what we had going.”

Gallery image with caption: Reaction: why Stewart is the perfect fit for Coventry Blaze

Gallery image with caption: Signing season continues as the EIHL prepares for 2020/21