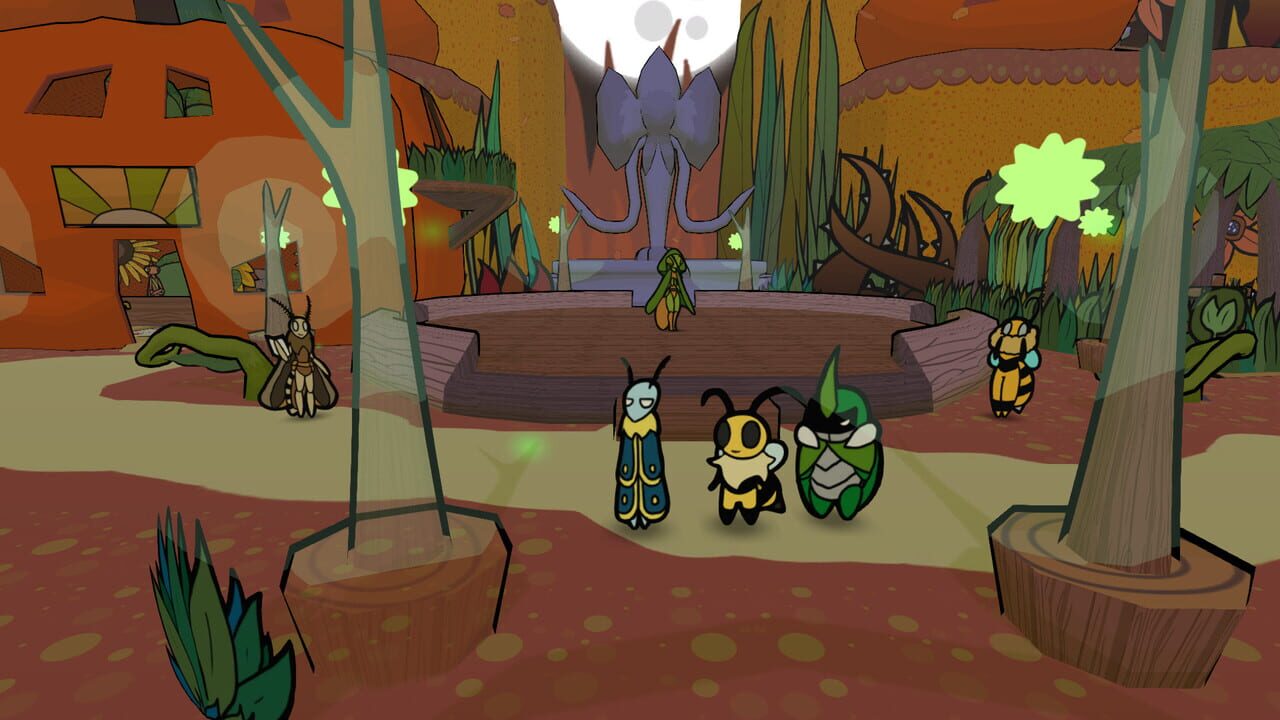 Among Nintendo’s RPG franchises, Paper Mario has always been somewhat of an oddity.

The first game was a traditional turn-based RPG on the Nintendo 64, which incorporated elements such as environmental platforming and unique partners based on classic Mario enemy-types. The sequel, The Thousand Year Door, expanded things further, featuring a wholly original world with one of the most unique stories in the Mario franchise, as well as creating brand-new species of characters and having very memorable set-pieces and story beats.

Battles removed partners and experience points, and the story and unique charm of the previous games had been significantly toned-down to be more of a generic Mario setting. Colour Splash followed this trend, and many fans are dismayed that the upcoming Origami King seems to be mostly following this mould, rather than utilising what made the older games so memorable.

The length of Bug Fables surprised me, taking me around 20 hours to finish the main story

Whilst it is a shame that Nintendo seems to stubbornly refuse to return to the series’ roots, Bug Fables does more than enough to offer fans not only a good substitute, but some enhancements and refinements to the traditional Paper Mario gameplay that make it stand out as its own competent game.

The battle system is where the similarities to older Paper Mario are perhaps most obvious. Like those games, it’s turn-based, and features a party of 3 bugs that each have their own unique properties for dealing with certain enemies. Vi the Bee, for example, can use her Beemerang to hit flying enemies, causing them to fall and allow your other characters to attack.

While Bug Fables does not have similar partner mechanics to older Paper Mario games, whereby new characters would join you throughout the story, Bug Fables instead focuses on its core cast throughout the entire game, and makes every encounter designed around them and their abilities. The level-up system works practically identically, with you choosing one of Health, Team Points or Badge Points to increase with each level-up.

Furthermore, the battle system features some notable enhancements from the older Paper Marios. In those games, either Mario or his battle partner could be placed closer to the enemies, which meant they would be targeted more often. This system carries over to Bug Fables, where the lead character is also targeted more, but now gets a strength boost as compensation. You can also get Badges that further play with this system, such as giving the character in the back more defence.

This switching of character positions can happen as many times as you want per turn – as long as each character hasn’t used their action – meaning strategically switching can be the difference between a character dying versus someone else taking the hit. The same Timed Hit mechanics of Paper Mario are here as well, where button presses need to be matched with the timing on screen to do the most damage possible, but Bug Fables also introduces special team attacks which older Paper Marios lacked, at the cost of higher Team Points.

All in all, playing Bug Fables made me realise that the team clearly knew what they were doing with the battle system to not only make it as satisfying as the older Paper Marios, but to actively improve on it as well.

Overworld exploration is, to no great surprise, also very much like older Paper Mario games. Characters move through environments to reach the next objective, solving light puzzles with unique character abilities, platforming, and fighting battles along the way. While some areas were a little too big and confusing for my liking, thankfully there is an item you get later that allows you to return to the central town, where a fast travel hub exists to take you to most major locations in the game quickly.

Bug Fables is a worthy substitute

Sadly, there are some gameplay problems in Bug Fables that came as a bit of a shock to someone so used to the older Paper Marios. Substantial healing items are hard to get a hold of unless you utilise the cooking mechanic, something present in the older Paper Mario games. In Paper Mario, however, great healing items could still just be found or bought without ever needing to cook. In Bug Fables, cooking is a necessity to get any decent healing items, and while the system is not complicated, it is definitely something to keep in mind.

The older Paper Mario games had sidequests, but these were never a huge focus and in no way required, nor suggested to make the main story any easier. Sadly, I found that Bug Fables required me to go out of my way to tackle side quests so I could get new Badges and resources that would help me get past some more difficult battles, including the final battle. While doing side quests isn’t itself a bad thing, it’s more so that as someone who never needed to bother with side quests in Paper Mario, having to complete them in Bug Fables was rather annoying at points.

It was also pretty hard to get experience points and coins just by grinding normal enemies, so side quests are more encouraged as a result. If you’re the explorative or completionist type of player, then this shouldn’t be too much of a problem, but if you’re used to just playing the main story of Paper Mario then be wary. That being said, I would suggest to newcomers to Bug Fables to invest in Badge Point upgrades when levelling up, as later badges are all-but-essential in harder fights – at least in my experience. These problems did not make me hate the game or nearly drive me to quit, but I did feel they were a bit too prevalent when compared to older Paper Mario games.

The story is nothing ground-breaking by RPG standards, but is certainly serviceable for what it is, and it does feature unique characters and locations, which are heightened by the insect-themed setting. I also feel that the graphics and music, while nice, are not ground-breaking either, but they do pull off the classic Paper Mario aesthetic well, and considering Bug Fables is clearly an homage to those games, isn’t a bad thing.

The length of Bug Fables surprised me, taking me around 20 hours to finish the main story alongside a little bit of grinding side quests and experience points, which I’m sure would be a much larger playtime if someone wanted to finish every side quest available.

I had a lot of fun with Bug Fables, and it truly gave me the classic Paper Mario experience that Nintendo has refused to give. Aside from the problem mentioned above, I would absolutely recommend it to anyone else seeking the same classic gameplay of Paper Mario. While we may not get a true return-to-form for the series for a while, Bug Fables is a worthy substitute.