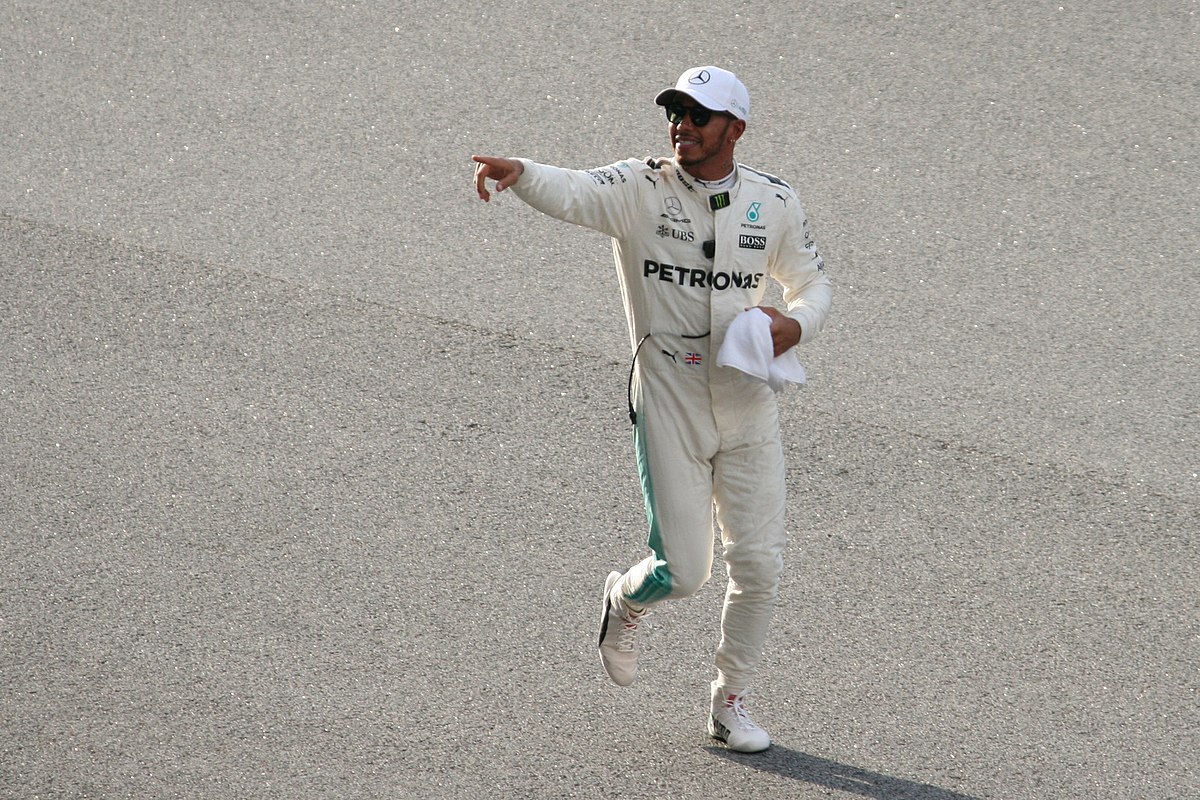 Even an exciting couple of closing laps failed to bring the British Grand Prix to life this weekend. A series of tyre failures led to what eventual winner Lewis Hamilton called “the most dramatic ending I can remember”, impacting both his teammate Valtteri Bottas and McLaren’s Carlos Sainz.

The eventual podium saw Hamilton flanked by Max Verstappen in second and Ferrari’s Charles Leclerc in third, with the top five rounded off by Daniel Ricciardo and Lando Norris.

The race started uneventfully, but sadly not at all for Nico Hulkenberg. Drafted in at the last minute to replace a Covid-stricken Sergio Perez, a broken bolt prevented his engine from firing up and taking part in the race at all. Hulkenberg said: “It’s one of the craziest days I’ve experienced. It’s disappointing for me and the team. They tried everything but they didn’t manage to start the car.”

The safety car was out early – a collision between Alexander Albon and Kevin Magnussen on lap 2 forced the Haas driver to retire before the race had truly started. And it would reappear again on lap 13, after Daniil Kvyat crashed into the barriers. It looked bad, and it later transpired that the crash was linked to a puncture. Hamilton grumbled that the safety car was too slow, after all but Grosjean opted to use the conditions to change tyres. After the safety car was lifted in lap 19, much of the race was uneventful – there was a duel for eighth between Ricciardo, Lance Stroll and Esteban Ocon, but the front of the pack looked completely comfortable.

Bottas, who spent much of the race in second, reported that a “vibration is getting worse” into lap 42, but it wasn’t until lap 50 that a tyre puncture ruined his race – as a result, he finished in eleventh place. Sainz suffered the same problem a result laps from the end, putting him in 13th, and then Hamilton had the same problem on the final lap. Faced with the oncoming spectre of Verstappen, Hamilton had to figure out how to get his car over the finish line with just three wheels. The race was looking to be a repeat of the Pirelli tyre issues at the 2013 British GP, when five drivers had tyre blowouts with no warning.

Hamilton was the favourite going into this race, having won the race six times before and posting a record time in qualifying. Despite a slow start, Hamilton held onto the lead for the entirety of the race, and no-one looked close to challenging him until the tyre issues started to plague the racers. Indeed, had Max Verstappen not pitted for fresh tyres towards the race’s end in a successful attempt to gain a bonus point for setting the fastest lap, he would have won. Hamilton’s skill at driving and tyre management was evident, but he was fortunate to have luck on his side too – he could easily have gone the way of his teammate.

Verstappen defended the call after the race: “It’s always so easy to say afterwards that we should have just continued. But who would have said that Lewis would have got a puncture? How often does this ever happen? Normally, never. So, I don’t regret anything. I think we made the right decision. Easy to comment afterwards.” He noted, too, that he was expected to finish third, behind the two Mercedes, so a second-place finish is still a big result.

The major question after this race is whether tyre strategy will be a big issue going forward. That obviously demands on exactly why the tyres had issues – Hamilton suggested that it may have been the result of debris left by Raikkonen. Pirelli are currently investigating, and boss Mario Isola said: “It’s a bit early now to give you any conclusion. We want to investigate not only the tyres with a failure, but all the tyres used in the last few laps of the race, to understand any other possible indication on what happened.”

Hamilton seemed disappointed that the contest was proving so one-sided

Something that seems increasingly unambiguous is that Hamilton is likely to win his seventh world title this season. He won the past three races, and he now has a 30-point advantage over Bottas – it’s clear, too, that Mercedes has a massive performance advantage over the other teams. It is expected that he will win the race on the same circuit next weekend, and consolidate his lead. After the race, both Verstappen and Leclerc answered “no” when asked if anyone else would win the championship.

In the press conference afterwards, Hamilton seemed disappointed that the championship fight was proving so one-sided: “I would much have preferred to be having a super-close battle with [Verstappen and Leclerc], because that’s what really gets me going. I really, really hope it’s closer in future.”

Moments of excitement at the end of the race didn’t save a particularly underwhelming British GP and, as the conclusion looks increasingly preordained already, it’s hard to see how the season will pick up.