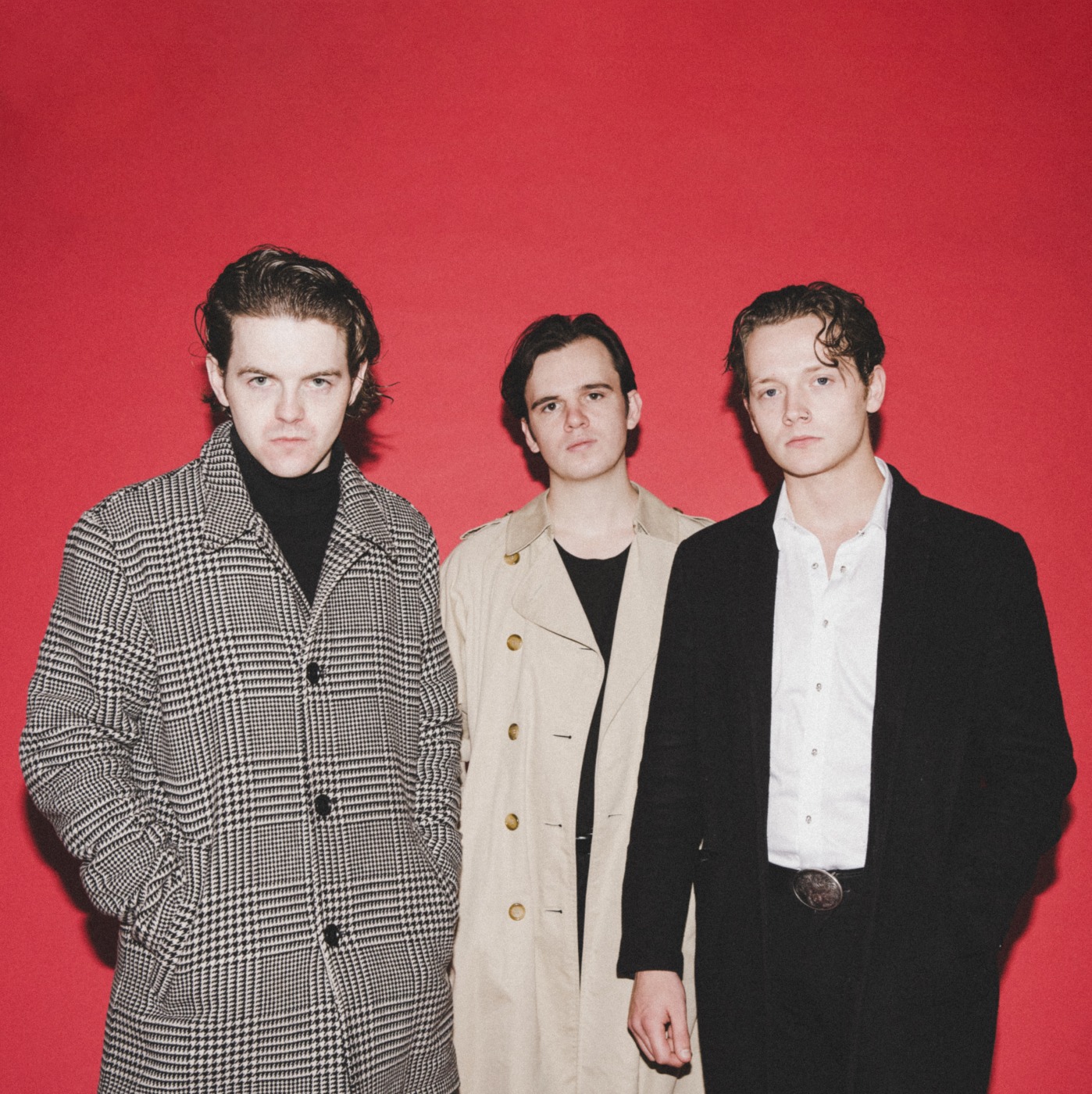 The Blinders ‘Fantasies Of A Stay At Home Psychopath’ review

The Blinders’ follow-up to 2018’s Columbia was slated to be released in May, but like so much of our mangled 2020, COVID-19 pressures held it back. Two months on, though, it feels like Fantasies Of A Stay at Home Psychopath has broken cover at its ideal moment. A punk-infused album taking aim at a broken establishment, released amid the very public discontent and political frustration it discusses, is as ‘in vogue’ as British indie rock can get. However, the convenience seems doubled by the Manchester trio’s attitude: pandemic or not, we really should have seen a crisis coming.

Somehow written and recorded pre-lockdown, the opener ‘Something Wicked This Way Comes’ is a portent of disaster, one greater and so much more political than the name’s inspiration. Interpolating Macbeth is more than a symbol of violence, of course.  The Blinders have relied upon literary allusion almost as a crutch since before Columbia, and this shows no sign of disappearing. Literature is still the route into the band’s biting political lyrics, and vocalist Tom Haywood has no issue inhabiting a man “of considerable charm and violence”, even if that man is his lyrical target.

The Blinders wear influences on their sleeves, but the darkness pervading the LP is enough to make even Nick Cave proud

This songwriting is less overtly bookish than those of their debut, but with tight riffs, a strong percussion loop and the menacing clinks of ironwork, ‘Something Wicked This Way Comes’ is more than an album opener. It is, in design and execution, a sequel to their biggest hit, ‘Brave New World’. In fact, most of their debut’s highlights seem followed up here.

By now it won’t be a surprise to learn that, unlike recent efforts from Parquet Courts, this brand of ‘woke’ indie punk is short on optimism. ‘Lunatic (With A Loaded Gun)’ kicks off about “children in cages on Monday’s front pages”, while ‘From Nothing to Abundance’ revels in ambiguity. The Blinders acknowledge what can grow ‘from nothing to’ something, but it’s never separated from their brand of contemplative nihilism.

So often, there is ‘nothing to’ such changes. Whether it’s the status quo or countercultural elements, it’s all dissected, quickly and without mercy. Haywood’s earlier interview promise of a sometimes “misanthropic and cruel record” has been delivered, and between criticism of western populism and establishment failings, there’s no question as to who that American ‘Lunatic (With A Loaded Gun)’ is.

If this sounds a lot like Columbia, that’s because it is. The Blinders are still a trio gnashing at society’s heels, but the bite isn’t quite as strong as it once was. This isn’t necessarily due to retrodden ground – although the more ‘personal’ songwriting seems held to the closing tracks – but repeated issues. Tracks have no issue engaging, but most struggle to finish. There are instrumental fades that extend too far, there are choruses after a moment’s silence: they’re not dealbreakers, but all harm the pacing of a band rightly praised for their energy. ‘I Want Gold’ takes a long time to kick into gear, and despite clear influences from solo-era Lennon and IDLES frontman Joe Talbot, over-filtering holds back Haywood’s Doncastrian power.

This isn’t to criticise the band’s new style, though. Producer Rob Ellis has scaled back instrumentals, and the brooding effect is immediately apparent. Charlie McGough’s bass and Matt Neale’s drums are clearer than ever. The Blinders wear influences on their sleeves, but the darkness pervading the LP is enough to make even Nick Cave proud. Pianos and organs are a highlight of ‘Interlude’, making politicians that “feed them meat from 2003”, (‘them’ being “skeletons of the people you do not like”), even more terrifying. Elsewhere, the guitar work is tuned to ominous effect. When the band’s trademark riffs come out of hiding, they’re as potent as ever, reminiscent of Queens of the Stone Age’s Era Vulgaris and the very best of The Black Angels’ near-psychedelic edge.

The result is essential Blinders, and those unconvinced by their earlier work won’t be converted by Fantasies. It’s not that this album is a re-hash, far from it, but the band’s idiosyncrasies will be too strong for some. If you listened to their debut and weren’t impressed, even the excellent ‘Mule Track’ and ‘Black Glass’ likely won’t change your mind. If, however, you’re invested in the UK’s thriving alt-rock scene, and you’re looking for some socio-political scepticism to go with the times, there’s a lot to love here. If Sports Team’s Deep Down Happy was a Britpop poke at the political class, Fantasies Of A Stay at Home Psychopath is a reminder of what happens when that class goes unchecked.

Fantasies Of A Stay at Home Psychopath will be released on Friday 17th July via Modern Sky UK.