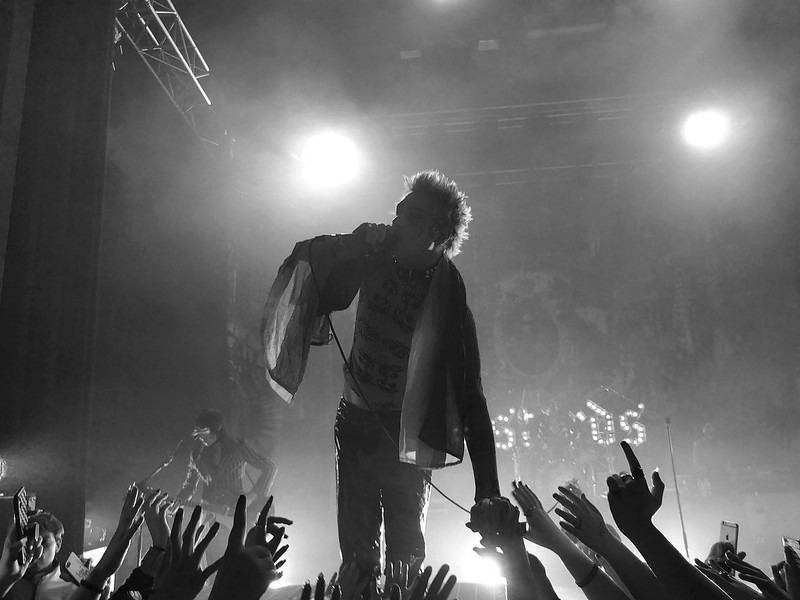 On their third full-length, Palaye Royale are intent on pushing all of the boundaries they can. They are pushing the boundaries of genre, of what they are comfortable writing about and most of all, of what their band is and can be. Across these fourteen tracks, the Las Vegas three-piece are striving for greatness, for growth and simply, it seems, to sound as massive as possible. They’ve set themselves some mighty goals, but they do a pretty good job of pulling it off.

Last year, frontman Remington Leih told music magazine Rock Sound: “I want to make art, not just one type of song”. That simple remark is instrumental to the sound of The Bastards. Evidence of their experimentation is everywhere, such as on the scuzzy electro-rock track ‘Nightmares’, a song Palaye could have revived from the cutting room floor of Muse’s Absolution sessions. The bridge of ‘Nervous Breakdown’ contains whispers of a pop influence while the jubilant, trumpet-led ‘Hang Onto Yourself’ flaunts those influences even more ostentatiously.

While the band has previously favoured an old-school kind of style, largely on their early material, they have cast that off for a sound that is about as 2020 as it could get (and by that, I mean modern, not terrible). It’s an evolution that fits them well.

Indeed, it is quite remarkable that for all of their experimentation, the Palaye boys have, to quote their own lyrics, still “hung onto themselves”. They maintain that they are a rock band to the core: the gritty punk-esque anti-gun protest anthem ‘Massacre, The American Dream’ affirms that – with all the spirit of rock’n’ roll and a conscience that Billie Joe Armstrong would be proud of. Meanwhile, ‘Masochist’ sees the brothers nailing their signature sound, reminding us that they have never lost sight of who they are in spite of personal growth.

The Bastards breaks new ground lyrically for the band as well: it features some of their most revealing and intimate lyricism to date. Nowhere is this more prominent than on ‘Lonely’, a string-led ballad that appears completely genreless. Against this backdrop, Remington Leith explores in stark and honest detail his suicidal feelings in the aftermath of parental abuse. It’s a difficult listen, but a hugely raw and authentic one.

A similar pattern is brought to the orchestral closing track ‘Redeemer’, where Remington admits that he sometimes decides to “do another line/To keep me numb just for the night”. Credit is also due for one of his best vocal performances to date, with his raspy vocals transforming into something more delicate and vulnerable. It’s beautiful to listen to.

Even if they have slipped up a little at times, they have done so rather impressively

For all of the successes on this record, however, there are a few misfires. ‘Doom (Empty)’ doesn’t quite fulfil the vision of cinematic balladry that its opening bars promise and instead feels weighed down by its own attempt at grandiosity. Meanwhile, the electric drum beats on the verses of ‘Tonight Is The Night I Die’ slide into the realms of generic pop and the band only just manages to rescue ‘Stay’ from being a vanilla radio rock track. None of these are bad songs per se, but making a supposedly epic album with a few duds here and there is probably not what they had in mind.

Palaye Royale had a tough act to follow considering the drool-worthy quality of both releases in the Boom Boom Room era. Even if they have slipped up a little at times, they have done so rather impressively – especially considering the strength of their back catalogue. Their ambition shines through at every moment and they deserve applause for how they have balanced their musical roots with their attempts at experimentation. Good job, boys. You deserve the success this record should bring you. 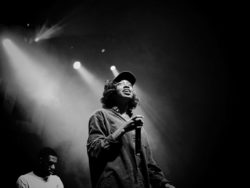 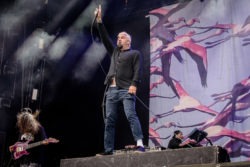