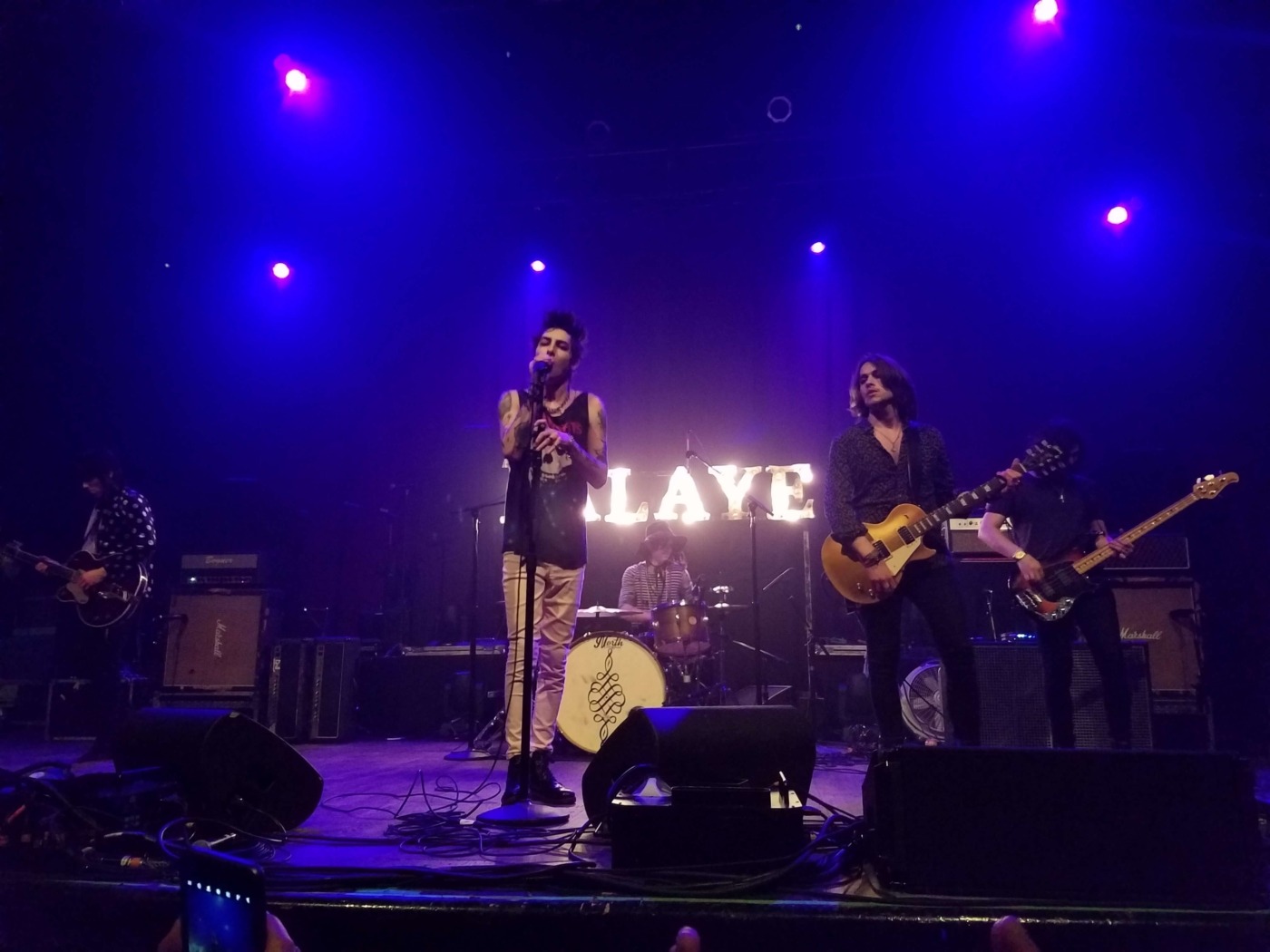 What do we need from music in 2020? What should it be? Unique, of course. Innovative, for certain. Real, both in its sound and its lyricism. If it’s capable of creating connections across the divides of age, country or politics, even better.

Palaye Royale manages all of that. Hailing from Las Vegas, but born in Canada, brothers Remington (vocals), Sebastian (guitar) and Emerson (drums) make rock music that feels futureproof. It’s easy, with 2020’s saturated musical climate, for music to feel like it’s rolled off a mass production line of successful yet identical songs, but Palaye completely avoids that.

It’s rare to find a band who sound quite as distinct as them, so much so that comparisons feel impossible to make. Some have surmised that they share a shred of DNA with emo legends My Chemical Romance (and they are known to cover the MCR classic ‘Teenagers’ in their live shows), but if that is true, they could only possibly be distant cousins. Such a uniqueness is pretty special. It’s only fitting for a special kind of band.

Palaye’s a band that is past ‘just having potential’: their sound is a complete yet evolving product

Their debut album Boom Boom Room: Side A was released in 2016, but without knowing that, it would be difficult to tell that it is a modern record. It feels like it’s been pulled from an archive: it feels vintage. It is packed with groove, style, attitude and class. It’s rock ‘n’ roll to the core – lead single ‘Don’t Feel Quite Right’ is a great example of this – but is unafraid to stray from the template at points with gorgeous ballads like ‘Clockwork’ and ‘Too Many People’.

2018’s follow up release Boom Boom Room: Side B brings the sound Palaye Royale nailed on the first try and lends it a fresh, modern twist. It practically fizzes with life, even in its more sombre moments (see ‘Dying In A Hot Tub’) before bringing the energy to a high point with ‘Love The Void’, the most joyous song they have ever committed to tape.

Another thing that makes the band so special is the connection they have forged with their fanbase, the Soldiers of the Royal Council. They are a beautiful example of how music unites people

It’s in this vein that the campaign for their upcoming third album The Bastards is leading, yet it still promises its own uniqueness. This release might be where the band push the limits of what Palaye Royale is, given that some of the early singles couldn’t be more different. Gun violence protest song ‘Massacre, The New American Dream’ edges close to punk, ‘Nervous Breakdown’ fuses raucous rock with quiet pauses for breath that feel like pop, while ‘Lonely’ is a complete curveball that feels utterly genreless. Palaye’s a band that is past ‘just having potential’: their sound is a complete yet evolving product.

Another thing that makes the band so special is the connection they have forged with their fanbase, the Soldiers of the Royal Council. They are a beautiful example of how music unites people, particularly with the ‘Palaye in the Park’ meetups the fans organise amongst themselves to make new friends with other Soldiers. The band would also frequently open doors to shows early to have time to meet fans afterwards, and the fan groups on Facebook are awash with photos of them with one or more of the boys. It’s easy to get the feeling from reading an interview with them that they genuinely care about their fans, proved by how they engage with them readily, frequently and wholeheartedly.

If there’s any justice in the world, these three brothers have a big future ahead of them

By their own standards, the Palaye boys are relentlessly ambitious. In interviews over their years, they have revealed aspirations for some pretty huge plans: movies, hotels – even their own travelling circus. The groundwork was laid for albums four and five as far back as late 2017, when they only had one record to their name. If there’s any justice in the world, these three brothers have a big future ahead of them. With the passion, sound and aesthetic they have, it is particularly difficult to think of another band that deserves it more. Don’t sleep on them. We need more music lovers to be Soldiers of the Royal Council.