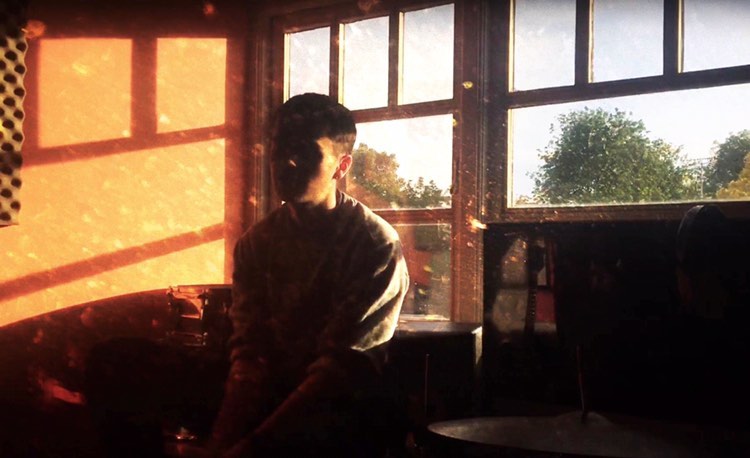 Harry Beaven ‘Complete In Part’: “It’s a lot of effort to be a one-man-band”

First-year Economics student Harry Beaven released his debut album during lockdown, having been recorded and produced entirely in his home. This is an album born from quarantine and isolation. Along the lines of Tracey Emin or Grimes, artists famous for also locking themselves in a room for weeks to create their art, Beaven created the album alone in his attic over two weeks.

After his last two EPs, Beaven confesses that he “felt a lot of pressure to come out with something in lockdown”. His music thrums with rock and youth, and borrows sounds from a noughties post-punk era and modern indie rock. For a homemade album, its professionalism is impressive. Although, he admits “it’s a lot of effort to be a one-man band”. Beavan had been playing in bands and doing gigs for a long time, but now he could finally work on songs and build an album with the time quarantine gave him.

“Each song is like a letter”: it’s a cathartic process, and allows him to make art from his pain

The first song on the album, ‘Bud Broken’, opens with a soft guitar and dreamy vocals. The scratchy recording ties in well with his nostalgic lyrics, crafting an image of past heartbreak. The song progresses into heavy guitar, but the same trance-like singing continues, not dissimilar to The Beach Boys’ harmonies. Lyrics like “I’m mumbling words into a microphone, I’ll erase them tomorrow” are both an insight into his creative process but also, perhaps, the desire to forget and overlook the past.

‘Sun Comes Up’ has an engaging chorus, powerful drums, and again an omnipresent rock guitar – his work almost becomes an ode to shoegazing.  This song is more uplifting than the last as Beaven sings repeatedly “it’s okay, it’s alright, we’ll always have the night”. His fervent guitar and energetic melody make the song fun and danceable. The chorus has an echo of ABBA’s hit ‘S.O.S.’ – when I asked Beaven about this, he laughs, and admits it was “unintentional” but he heard it too after it was produced.

‘Oceans’ marks a change in the album’s tone. The song is deeply emotional and speaks of heartbreak and longing. The retrospective lyrics and tender tune are captured in six minutes of wistfulness as he sings “I see oceans of what we could have been” – this softer side is refreshing against his more upbeat tracks. There is a yearning for the past, and desire to change what happened. When I told Beaven it was my favourite song on Complete In Part, he replied “I’m quite surprised I wrote it”. He explains that, to him, “each song is like a letter”: it’s a cathartic process and allows him to make art from his pain. However, “what the song is about changes as you write it” – here, you can hear it in the shift to an angry guitar. It goes from one place to another, like a conversation that you don’t have control over. It’s not what you expect but still arrives at its inevitable destination.

‘No Excuse’ is a rocky summer tune, which Beaven said was his hardest to produce. When I asked what the response was like to releasing music, he told me “I got a random Snapchat from this guy I don’t know, dancing to ‘No Excuse’ – I think that was the best response I’ve received”. ‘Happens All The Time’ is his most uplifting and pumped up track, with the fast tempo and catchy lyrics locating itself more in a world of pop. Here, there is a merging of sounds from MGMT and The Strokes.

The last three songs in the album do begin to blend into each other. Beaven told me Car Seat Head Rest was a musical inspiration for this album, and you can hear the parallels between the heavy guitar and soft vocals. That being said, it doesn’t detract from an overall impressive debut – one created in isolation, recorded on an iPhone and mastered on his laptop. Even Complete In Part‘s cover ties together what he has made – it’s a view from his attic window, the neon image translating the high energy zest of his music. Although Beavan explains that the album title Complete In Part is a “joke” based on the idea that an artist is “never really fully satisfied with their own music”, it feels well rounded. I ask if we are going to hear anything new soon, but he laughs and says “No, I’m done for a while now”. 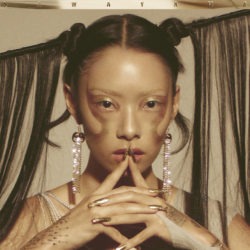