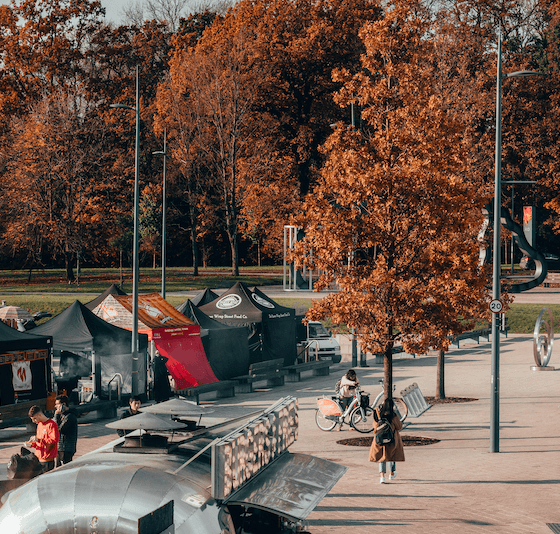 As students, we’re often running around campus in a rush to get to a lecture or trying to finish a deadline in the library a few hours before it’s due. This can mean that we don’t always appreciate the beauty that the Warwick campus has to offer. With many hidden spots home to wildlife but also the bustling central hub of campus – Warwick campus really does have everything you could need. Two writers share their favourite spots on campus and why these places hold such special memories.

There are lots of places on the Warwick campus that hold special memories for me, and naturally, my first-year accommodation is one of them. Like most first-year students, I stayed on campus in halls and my flat was the place where I baked with friends, learned to cook, and of course, wrote lots of essays. I remember long chats with friends, as well as staring out the window at the field outside, where I’d see rabbits, and once, someone playing golf. It was my first taste of independent living and a step closer to the real world.

Behind the accommodation, there were grassy slopes, where I had a picnic with friends on one occasion. It was a summer day, and a great way to spend time in the sun during exam season. We ate a random mix of food that we bought from Rootes, along with some homemade pesto pasta. I really hope we get to picnic there once again.

The Oculus, where the floor to ceiling glass provided plenty of sunlight for working

The piazza is another memorable place on campus. It is where I went to an inflatable event with friends during freshers’ week. Having attended a plant sale there and eating takeaway food with friends after a study session, the piazza is the central point on campus for me and so many other students.

During exam season, the place I frequented to study was not the library, but the Oculus, where the floor to ceiling glass provided plenty of sunlight for working. Alternatively, there is the new Arts Centre café, which has a nice atmosphere for working, with just the right level of background noise.

I might not have gone to The Dirty Duck that frequently, but it still holds a fair few memories, such as a film quiz night, which I can’t say I did particularly well in, and a celebration meal at the end of first-year exams. There were also numerous times I grabbed a quick meal before rushing off to a screening at the student cinema or dashing to a career’s event.

The student radio studio, in the SU HQ, is also a place with special memories, where I started my radio show, ‘Let’s Go Radio!’ with my friend. I remember all the dials and switches seemed very confusing to begin with, but I gradually got used to it.

It’s strange to think that it’ll be a while before I go back to some of these places, and even stranger to think that I won’t ever return to others. This is why I feel the need to make the most of my time at university and take photos to preserve the memories. Hopefully, we will be able to safely return to campus soon.

I’ve been at home since March 18th. Since then, I’ve only been able to return to campus briefly to collect my things when I moved out of my halls.

Coming back made me remember how much I miss campus. I miss walking around with my headphones on, feeling free, soaking up the buzz of people passing by. I miss the scenery, the mix of urban and rural decor that sounds odd on paper but feels harmonious when you see it for yourself.

There are a few spots on campus which stand out particularly in my mind.

As is the case with many students who live there, Westwood wasn’t my first choice of accommodation. However, if I got to do my first year all over again, I wouldn’t change where I lived. The scenery around the halls themselves is so peaceful, full of greenery and wildlife, among them birds and many, many squirrels. It’s even prettier in the spring when the daffodils and purple crocuses appear around the trees. It’s a hugely underrated part of campus, but one that might make some people’s long walk to the post room a bit nicer.

Not many people get to see The Writers’ Room in Millburn House since the English and Creative Writing course is so small. This is where I had my practical writing seminars and it’s quite adorable. We all sit on sofas during seminars, the walls are bedecked with fairy lights and there is a small Christmas tree that for some reason has stayed up long past Christmas. It’s the cosiest classroom you’ll ever find – it’s a shame future students might not have a chance to see it as Arts students will all be moved into the new building from next year.

Truth be told, I’ve only ever entered the Lord Bhattacharyya building once to go to the cafe. However, I’d usually walk past it on my way to lectures and it was always a nice part of my walk, especially with the scenery around the building. It is even more spectacular at night when it lights up in all different colours. It also provided a very convenient shelter when I had to walk anywhere in the rain.

Curiositea has to be on the list because I love coffee shops. I came here often in my first year, sometimes meeting friends, often on my own, as I liked going there to write, with a nice mug of something warm. I also credit Curiositea with introducing me to the wonder that is ginger and lemongrass tea, made even nicer when it was given to me in a cute little teapot.

Terrace Bar might be seen as an odd addition to the list seeing as I don’t drink. However, even though I wasn’t drinking, the place still holds many good memories as this is where I’d frequently go for socials with RockSoc. It was the place where I forged some of my closest friendships and it was also where I met my boyfriend.

Tucked away on the first floor of SU HQ is another place where I had some of the best times in my first year on campus. I’ve been presenting on RAW for a little while and as well as doing my own show, I’d often guest on others’. I even spent the whole night in Studio 1 in November for RAW’s charity broadcast week. 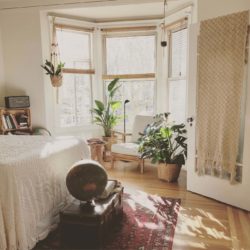 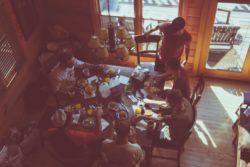 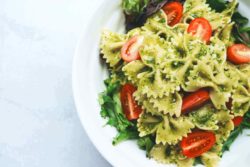