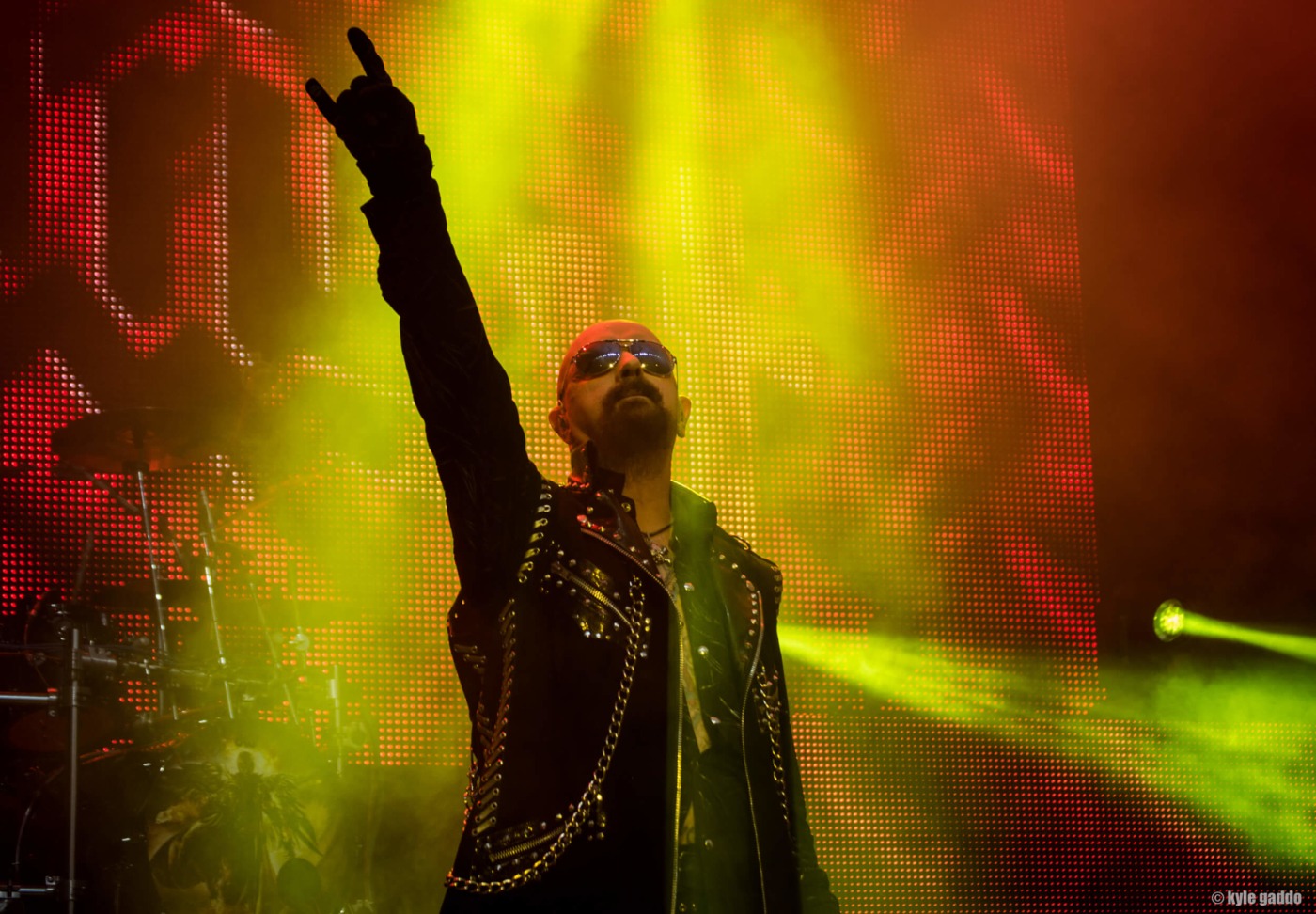 The treatment of LGBTQ+ musicians in metal

“I am a woman,” declared Hunter Hunt-Hendrix in an Instagram post a few weeks ago. “I have always been one,” she continued, despite being assigned male at birth. She was aware of her true identity long before she entered the public eye as the frontperson of New York-based black metal band Liturgy.

Although ‘out’ LGBT musicians – an individual who has disclosed their sexuality or gender identity – are in the minority, they still maintain a visible presence in the genre of metal. Hunt-Hendrix is not the first metal musician to come out as transgender – Life of Agony frontwoman Mina Caputo publicly announced she was a transgender woman in 2009 after beginning gender therapy the year before. Other LGBT musicians include Doug Pinnick of King’s X, Otep Shamaya of Otep and Gaahl of Gorgoroth. And, of course, we cannot forget the Metal God himself, Rob Halford of Judas Priest.

Halford came out in 1998 in an interview with MTV and the reaction is testament to how tolerant the metal community can be. Reflecting on coming out, he said: “I’d never seen such an outpouring of love from people in all my life.”

This is perhaps even more remarkable considering that this happened in a time even less progressive than the present day. When Halford came out, there was no option for him to have the love he felt for another man recognised by law – civil partnerships weren’t instituted in the UK until 2005. However, Halford also described the metal community as “the most tolerant… the most open-minded, the most loving, the most accepting of all the kinds of music that we know in rock’n’roll”.

Tolerance comes from a place of empathy, and that may be what connects the two groups

The metal community’s tolerance and support of the LGBT community starts with its musicians and has a kind of trickle-down effect onto their fanbases. Some artists have shown a great deal of allyship towards the community – two members of German metal band Rammstein once protested anti-LGBT laws in Russia by kissing on stage while on tour there.

More recently, on the track ‘Forced Gender Reassignment’, death metallers Cattle Decapitation contemplated what it would be like to be forced to live in a body that didn’t match one’s gender identity. The song is a demonstration of empathy and allyship with the trans community, urging listeners to have empathy by putting themselves in the shoes of a transgender person.

The visibility of LGBT musicians in metal may account for the tolerance within the community – or, at least, is capable of challenging anti-LGBT issues. Shortly after Cynic guitarist Paul Masvidal came out as gay in 2014, alongside the band’s drummer Sean Reinert, he received a letter from a fan who revealed that Masvidal’s coming out had made him rethink his homophobia. It led him to question how bad being gay could be if that was how his favourite guitar player identified. If Masvidal’s announcement catalysed such a thought process from one fan, similar declarations may have encouraged thousands of others to change their biases, too.

Homophobia in metal is tied to what some see as hypermasculinity

Straight metal fans are never going to know exactly how their favourite musicians who are LGBT feel. However, what they may have in common is the feeling of being an outsider. Metal is not widely accepted by the mainstream and thus provides a safe place for those who also feel different to escape and find a sense of belonging. In a heteronormative, oftentimes discriminatory world, it’s understandable for LGBT people to feel the same way. Tolerance comes from a place of empathy, and that may be what connects the two groups.

However, metal is by no means a utopia free from prejudiced or intolerant attitudes. Both Gaahl and Otep Shamaya received death threats after coming out in 2003 and 2005 respectively. When Machine Head put out their fourth record Supercharger, Slayer’s Kerry King insulted frontman Robb Flynn’s vocals using a homophobic slur. Megadeth frontman Dave Mustaine has spoken out on occasions against same-sex marriage, citing his Christian beliefs.

Greg Puciato, frontman of The Dillinger Escape Plan, is a notably vocal advocate for LGBT rights and has criticised in particular homophobia in metal. He blames the problem on ‘masculinity insecurity’ – “listening to testosterone-charged music and putting on a tough guy front enables the people with those issues to live in a sort of constructed man suit,” he says. Puciato perceives “a critical false masculinity that is unfortunately prevalent in metal”.

This ‘masculinity insecurity’ comes from a place of internalised sexism. It comes from a place of fear, of being perceived as feminine, which to some is inherently and supposedly bad. Misogyny and homophobia share some DNA based on the stereotype of gay men appearing emasculated and therefore lesser. Puciato makes a compelling point, then, that the homophobia in metal is tied to what some see as hypermasculinity.

Both of these are buried deep within the foundations of metal, but both are being challenged. A growing number of female-fronted bands have come to prominence, including the likes of Arch Enemy, Within Temptation, Nightwish and Venom Prison. Metal should be more than a straight boys’ club and it is moving away from that.

Metal fans will probably be familiar with the term ‘progressive metal’, or prog for short. Metal can, should, and hopefully will be progressive in ways beyond technical riffs and djent. Of course, there is still plenty of work to do, discussions to be had and stereotypes to dismantle. However, the groundwork for progress has already been laid and has existed ever since Rob Halford came out to an “outpouring of love”. Can metal grow to be more accommodating and inclusive? Absolutely.