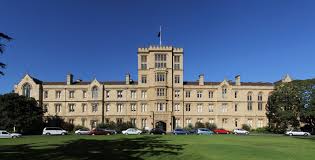 The Australian government has announced it will revise tuition fees, slashing the cost of “job-relevant” courses and doubling the cost of studying humanities.

This move represents “potentially the greatest hit to Australia’s humanities sector in a century” according to the Australian Academy of the Humanities (AAH).

The move comes since the government rejected a higher education bailout after the sector estimated a revenue decline of approximately A$3 billion due to a lack of international students.

Under the proposals, annual fees to study humanities, society and culture subjects will more than double, from A$6,804 to A$14,500.

There will be a 62% decrease in the costs of agriculture and maths degrees, which will now cost A$3,700.

Subjects such as nursing, psychology, English, languages, teaching and science will also see their fees reduced.

There will be no price change for medicine, dental and veterinary science degrees, which are currently priced at A$11,300 a year.

The government says its priorities have been defined by pre-pandemic modelling, which predicts that 62% of employment growth in the next five years will be in health care, science and technology, education and construction.

Universities are not job factories and tailoring fees around that premise will hurt our sector in a time where we are already facing billions of dollars lost and hundreds of staff cuts.

It aims to increase the graduate employment rate of 72.2%, which is lower than the vocational education equivalent at 78%.

Education Minister Dan Tehan said: “We are encouraging students to embrace diversity and not think about their education as a siloed degree.

“It’s common sense. If Australia needs more educators, more health professionals, and more engineers, then we should incentivise students to pursue those careers.”

The government says that no current student will pay increased fees, but those enrolled on courses next year will have their fees decreased.

AAH president Joy Damousi said these proposals would “disproportionately affect the humanities and call into question the very role of the 21st-century university.”

She described a “clear disconnect” in the government’s plan to revive post-pandemic employment, claiming that “disincentivising studies in humanities courses will have the opposite effect”.

She said: “Evidence shows that the skills and knowledge from humanities and social sciences training – including critical thinking, communication skills and understanding the impact of change on humanity – are highly valued by employers and in the workforce.”

The National Union of Students (NUS) said the fees would give some students a “positive opportunity”, but at the expense of others whose degrees are not considered “worthy”.

In a statement, it said: “Universities are not job factories and tailoring fees around that premise will hurt our sector in a time where we are already facing billions of dollars lost and hundreds of staff cuts.

“We need funding, not attacks on students.

“Being a student should not be a debt sentence, but the Government has decided to force tomorrow’s workers into a lifetime of further debt.”

Catherine Friday, education lead at global accounting firm Ernst and Young, said the change would be good for the economy and jobs.

“As public education delivers both public and private good, there is a strong nudge here towards maximising both, and discouraging ongoing high enrolments in courses like law, where demand for lawyers isn’t growing at anywhere near the pace of the numbers of new law graduates every year,” she said.